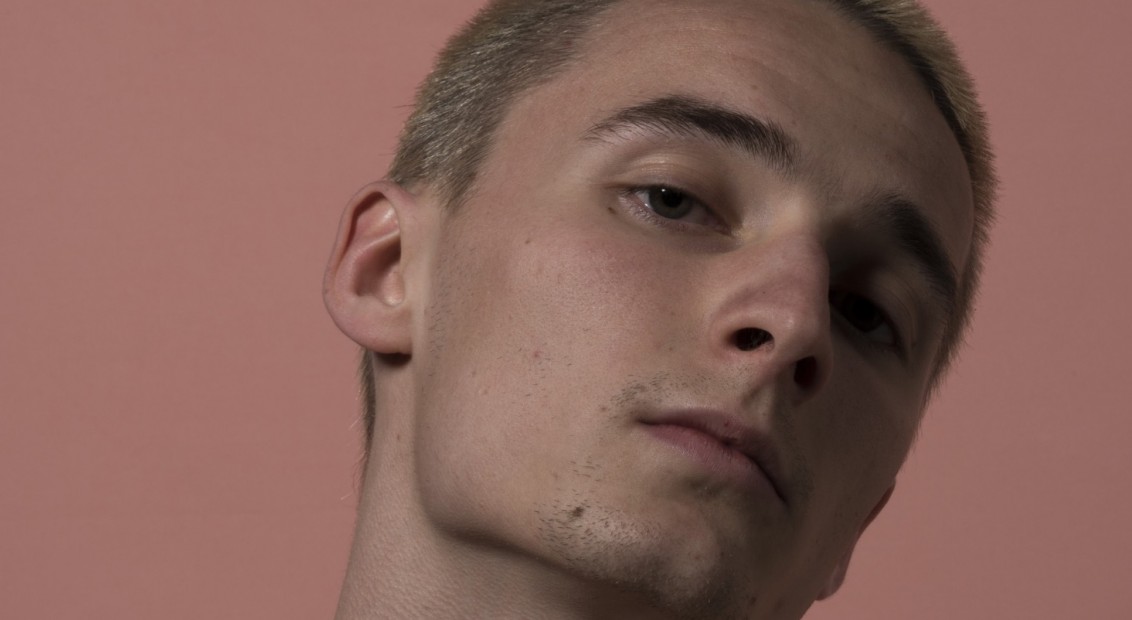 Male suicide is the biggest killer of men under 45 and it claims three times as many male lives as female – it’s even been called a “silent epidemic” by the British Medical Journal. But while there is some awareness of this issue, it doesn’t seem to be a topic that has been explored honestly, introspectively – or creatively.

Brainstorm – an initiative set up by Dulcie Menzie, Max Hayter and Sophia Compton – aims to open up this conversation on a wider level. After Dulcie’s Dad passed away through suicide last year, she wanted to get people talking while challenging the idea that open communication about male mental illness somehow undermines masculinity (a notion that the charity CALM, which Brainstorm supports, has shown to be depressingly deeply entrenched) and to try envisage a masculinity that is less toxic and less brittle.

Uninspired by the repetitive and often simplistic media coverage of the subject, the collective wanted to encourage positive dialogue in a way that is both exuberant and rigorously self-questioning. Cue Brainstorm’s new multi-media exhibition, I’m Fine. 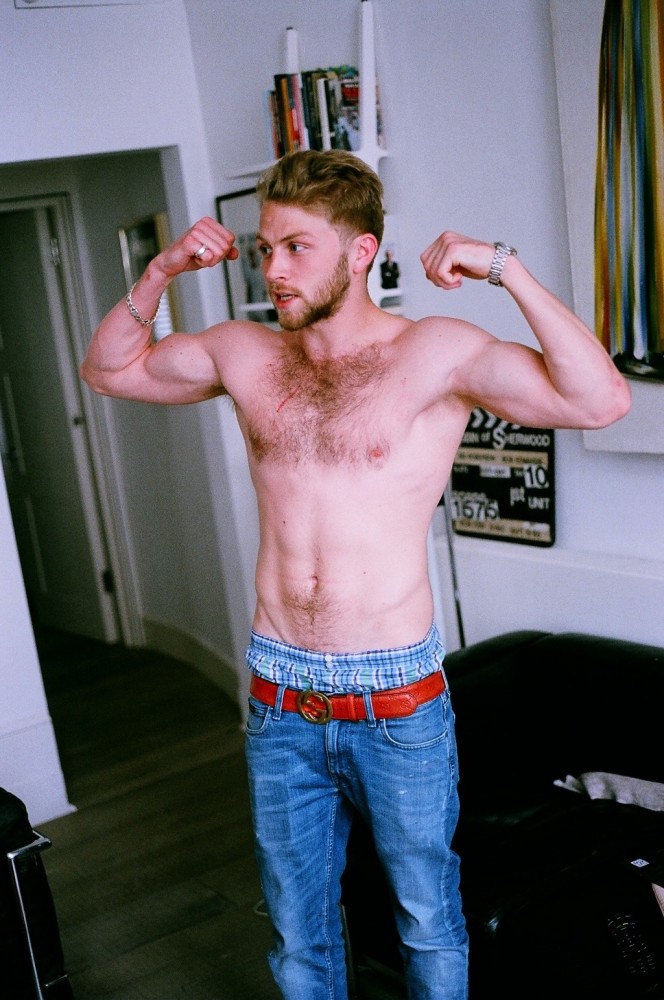 Questions about masculinity and mental health, such as, “What does a masculinity that actively displays its vulnerability look and feel like?’ were sent to 50 artists as artistic prompts. The pieces they have received in return range from a hand-knitted jumper by maverick designer Carlo Volpi, intimate and honest photography by Alice Aedy and Frank Lebon, to a poetry installation by Leo Temple, where readers have to cooperate to discern the words.

Violet Conroy: How did the idea for the exhibition first come about?
Sophia Compton: The idea is all down to Dulcie and Max. Dulcie wanted to raise money for CALM, a vital support network for men in crisis, and Max wanted to get artists together to think about masculinity. Dulcie’s dad passed away through suicide just over a year ago. He hadn’t communicated what was going on inside his head to his family, who had no idea about the mental health battle that he was fighting. What I find incredible about Dulcie is that within one year of her father’s death she is channeling all of that grief and loss into something that is so positive and trying to help others by creating a conversation.

Violet: Why an exhibition?
Sophia: An idea of envisaging different masculinities has become really important to what we’re doing as Brainstorm – which is why this has turned into an exhibition. While we want to be critical about masculinity – it brings up a whole load of issues that have to be part of the discussion: the violence, the suicide, the sexual assault – but we also wanted to imagine hopeful alternates to our current gender roles. Visual art seemed a good way to do this.

We want the exhibition to do two things. Firstly we wanted to create a platform for people to be honest about masculinity, whether that’s from the perspective of someone male, female, straight, queer, trans – and we’ve made sure to involve all these voices. This feels important because despite the hugely influential and critically trendy movements towards gender fluidity, the reality is the pressures that most men and masculine-identifying people feel are far behind that place: the ‘man up’ mentality is ridiculous when you look at it properly, but it still holds sway. Alongside that we want to think about possible ways out of the situation we’re in now.

“There’s a battle where men try not to talk about what is affecting them in terms of their mental health, and the danger with that is when it gets to a point where the resolve to be ‘strong’ snaps, letting out feelings in ways that are out of control.” 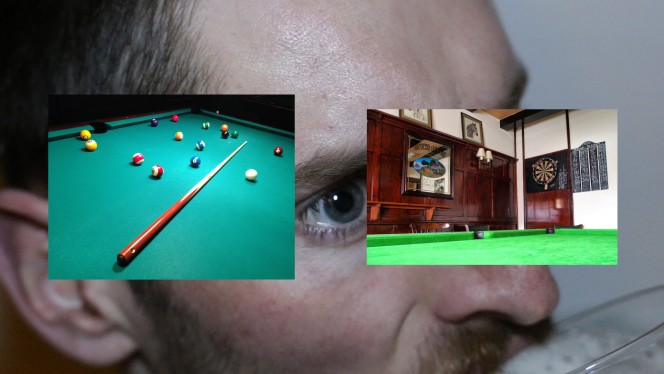 Violet: Why do you think that mental health is under discussed amongst men?
Sophia: It’s important to emphasise the scale of the male suicide problem, but not to forget that this is one among many mental health crises. In the trans teen population, suicide rates are astronomically higher than within men, but considering the amount of men making up the world population, it is such a serious issue. The fact is that men are three times more likely to commit suicide than women, and that suicide is the single biggest killer of men under 45.

Men are socially conditioned not to talk about their problems, this is something that I have seen in my close family and with many of my male friends. There’s a battle where men try not to talk about what is affecting them in terms of their mental health, and the danger with that is when it gets to a point where the resolve to be ‘strong’ snaps, letting out feelings in ways that are out of control.

Violet: What kind of responses did you get from artists approaching the subject?
Sophia: An overwhelmingly high number of artists have responded by talking about family experiences of suicide. The number of people who feel this is something that directly affects their lives has been way bigger than I expected. Some pieces stand out for their unflinching honesty: Alice Aedy’s portrait of her brother, who has battled depression for several years, and Mat Kemp’s installation focusing on the benches he sat on with his brother as he fought cancer. And the introspection and self-critique in pieces by Wilson Oryema and Raf Fellner are exactly what we want to be showing. Chris Everton-Wallach has been one of the artists whose response has showed up the stereotypes most interestingly, since his struggle with physical health problems added a very personal element to the idea of strength and fragility.

Violet: What do you want the audience to take away after seeing the exhibition? Sophia: I hope that people will become aware of how thorny and difficult masculinity is and how insubstantial our conversations about it tend to be. Masculinity is obviously such a huge word and is touched on in so many ways but it has not inspired the level of serious thought and, most importantly, self-critique that femininity seems to have done. The word has negative associations which creates problems for men who feel trapped by mental health as they don’t know where to go to talk about this.

I hope viewers of the exhibition will see a picture of vulnerable men, who are interested in laying themselves bare – showing positive and negative, individual qualities and also how they fit in within wider structures, and also awareness of their privilege. I want the exhibition to help men talk about their systemic privilege but also be equipped to discuss the pressure these systems exert on their own lives. As we say in the brief, no man will ever live up to the masculine stereotype. Every man experiences patriarchal sexism, which cannot of course be equated to the experiences of women or people of non-binary gender, but it’s clear that the patriarchy fucks men as well. Hopefully the exhibition will help men have the framework to talk about their own mental health. 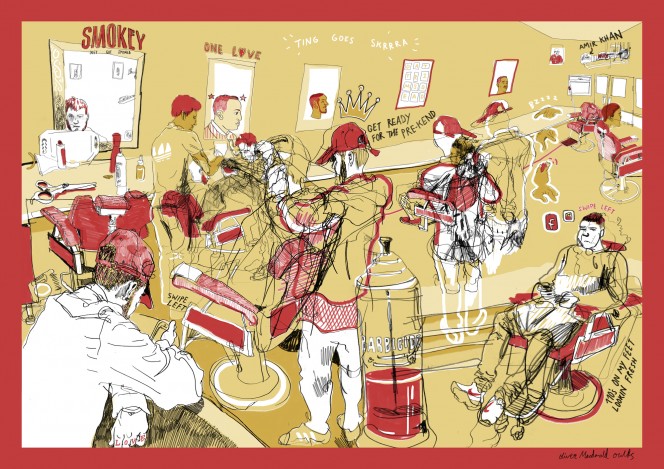 “I hope that people will become aware of how thorny and difficult masculinity is and how insubstantial our conversations about it tend to be.”

Violet: What’s happening on the opening night?
Sophia: We’ve got some poems from James Massiah, from Alan Moon, Isabella Bornholt, Greta Bellamacina and Leo Temple. There is also a five-minute-long drag cabaret by Holly, who is in the process of transitioning from female to male. There will also be music from Slam the poet. And drinks sponsored by Qcumber Gin.

Brainstorm’s exhibition I’M FINE is on at the Copeland Gallery on Sat 16th and Sunday 17th December. Opening night is Friday 15th December from 6pm.