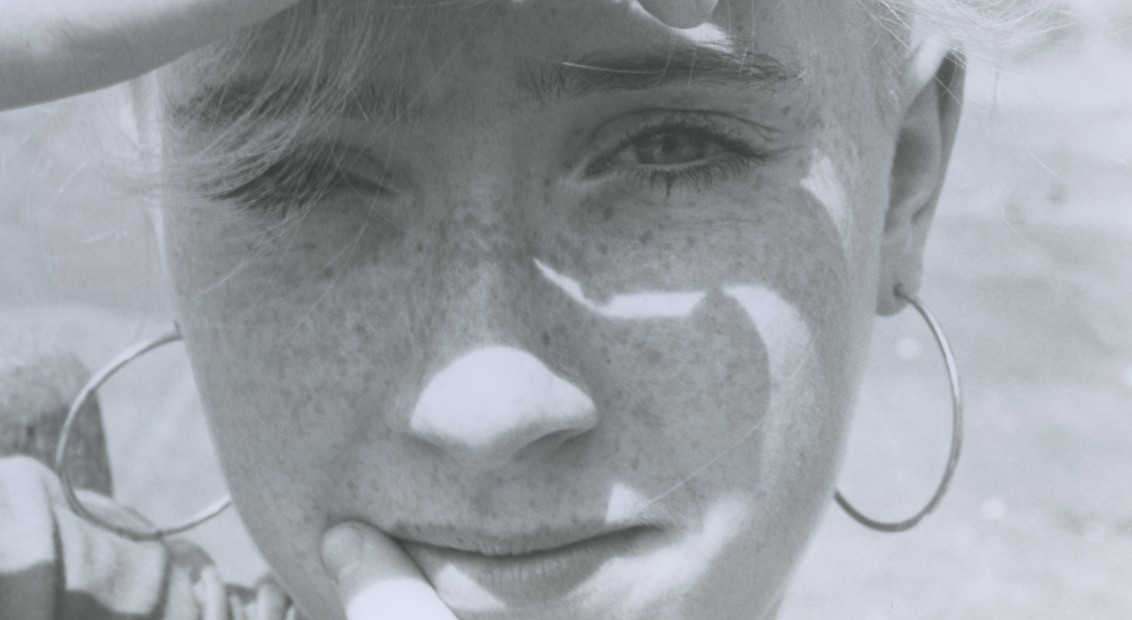 “Britain has lost so many of its communal gatherings as ancient festivals are policed and hemmed in, free parties are illegalised, nightclubs are over scrutinised… what do we have left?” Questions model-turned-photographer Vinca Petersen when reminiscing about London rave scene in the 90s.

In a new photography book published by North London publishers Ditto, Petersen digs further into her nostalgia. A close-up on the rave culture, the book – a mash-up of collage and writing – reflects on coming of age in London and features unseen photos by maverick photographer Corinne Day and artwork by Ditto’s very own Ben Freeman, along with archive material including flyers, letters and other ephemera that track teenage shenanigans across the city.

The photographs, artworks and elements of writing explore a world of contradictions: the traditional expectations of beauty in the modelling industry contrasted with the anarchy and freedom of the illegal rave scene and the IMG-signed model’s choice to live on the road.

On a weekday afternoon, we traded emails with Petersen about the 100-pager. During our conversation, the artist shared stories about what it was like to grow up in London, from sneaking into underground raves to dropping out of school and moving into a squat. Get to know the pair of eyes behind Future Fantasy below. 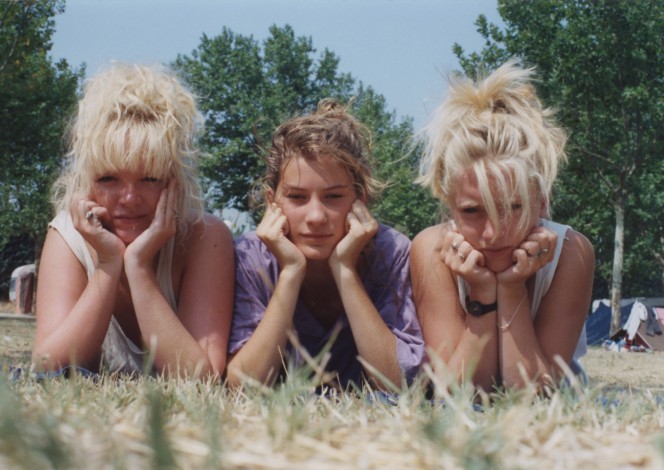 “I think social media fills a gap. A gap left by our culture’s growing lack of community, daily human interaction and celebration. And also by the cost of that interaction when young people go to find it.”

Undine Markus: How old were you when you first picked up photography?
Vinca Petersen: About seven, I think. I have a pack of my photos in my archive and on the envelope, it says “My ferst photos,” so I photographed before I could spell.

Undine: How has modelling informed your photography?
Vinca: I know that women are never happy with the image they have of themselves. I also learnt how aware people are of the camera and how uncomfortable it is to have a camera pointed at you. Only professionals learn how to hold the gaze of a camera well. So, I always tried to find ways of photographing those around me without making them feel awkward, but also not photographing them in a detached documentary way. I prefer the idea of taking them on a journey with me, collaborating with them.

Undine: Future Fantasy reflects on your teenage years in London. Could you tell us more about your lifestyle back then? What do you view as some of the defining features of that era?
Vinca: I left home when my parents separated. I was the youngest of six and, in the end, I was the only child at home. I was lonely and bored. At sixteen, I met my first boyfriend who had dreadlocks and I decided to leave school to live with him in a squat. London was much more accessible to young people then, the squatting network meant that you could find a home and a community in the city even if you didn’t have much money. The squats were full of people making music and art and partying. We were able to be creative because we did not have the constraints of having to earn hideous amounts of money for rent. I went to lots of gigs, raves, parties, whilst always working freelance as a model. One could balance earning money with having fun. Of course, there were some people that sat around all day doing nothing in the squats, but most people were active, either with their own projects or with a job. I remember leaving the squat thinking I was dressed quite smartly to go to modelling castings or go-sees and walking in and looking down to see dirt on my tights and dog hairs all over my coat. These days that might not matter, but then it was unusual to see a model in scruffy clothes.

Undine: A portion of the book looks at nightlife in London in the early and mid-90s. Tell us more about the rave culture, and what was it like going out in London back then.
Vinca: Answering this question deserves an essay! What can I say, the raves were fresh. Really full of happiness, friendliness and positivity. It sounds cheesy, but it really was. The raves were a fascinating combination of hardcore and seriously fluffy. I mean, the process of putting on raves, especially illegal ones is hardcore. Fealing with the venues, the law, the police and some rough elements in the crowds but the overall the vibe was fluffy – people having the best time of their lives in a very communal way. You can dance all night to music anywhere and have a good time. When you are dancing and moving through a crowd of hundreds of people, they are all engaging with you with a smile, a comment, a hug, that really is a unique experience to raving. Britain has lost so many of its communal gatherings as ancient festivals are policed and hemmed in, free parties are illegalised, nightclubs are over scrutinised… what do we have left? Where can you go and be in a crowd and have lots of fun without having to pay an arm and a leg for it? I think young people today have to accept that paid festivals are the only place left for them to have real, muddy, silly fun. But for thousands of years that wasn’t the case, we used to be able to do that more freely. 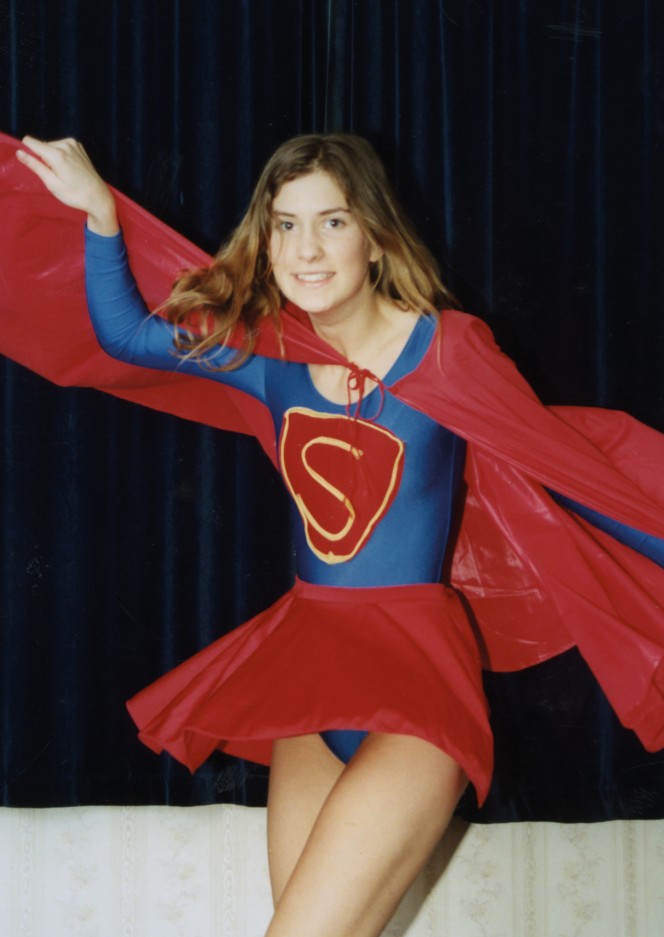 “For me thats what youth is about – being creative and a little out of control.”

Undine: Could you tell us more about the social scene you, Corinne Day and Ben Freeman were part of? How did you first meet?
Vinca: ‘The scene’ as broadly defined by people having fun, taking drugs and being creative, we all shared, but actually, I only hung out with Corinne in her flat or on shoots and I did not meet Ben until recently. But he did know the father of my son through ‘the scene’ back in the 90’s so we are connected by that… that’s how it works, like an extended family. Corinne, I met when she was doing the styling on her boyfriend, Mark Szaszy’s videos for MTV and Shed Seven. I didn’t know she was a photographer initially, but we got on and, when I visited her at home, I realised. Corinne and I would spend hours chatting on the famous orange sofa in their Brewer St flat. She always encouraged me to photograph my life, she even gave me film and a camera or two over the years. She loved my work and was inspired by the gritty realism of the life I led. She only photographed me a few times – I wasn’t really ‘her type’. But I let her photograph me nude because we both felt very comfortable doing that, which is unusual. She also took me on a road trip across Texas, which was one of the last times I hung out with her. It was just before she started to do really well in fashion photography and I went to live on the road.

“Corinne and I would spend hours chatting on the famous orange sofa in their Brewer St flat. She always encouraged me to photograph my life, she even gave me film and a camera or two over the years. “ 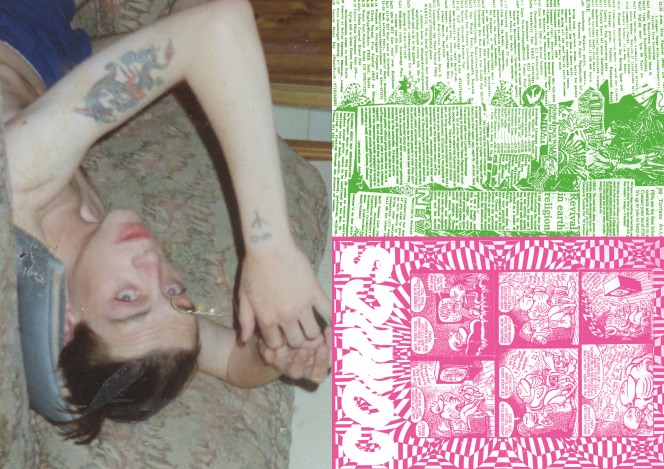 Undine: Was this your first time formally collaborating with Ben and Corinne? Why did you decide to pursue the project together?
Vinca: Serendipity played its part – I went to talk to Ben about doing a second edition of No System, my first book with Steidl, but on the way to the meeting Steidl offered to reprint the book so I arrived and told Ben. We agreed we would like to work together in another way. He came to visit my archive and found the early work on which Future Fantasy is based – my life from 16-24 years old. Corinne’s photos of me were amongst the other photos I have from that time so it seemed important to represent that part of my life, my relationship with Corinne and Mark. My archive is full of those connected moments. Everyone who gets a chance to look through it finds their own thread of interest.

Undine: Do you feel as if today’s youth culture is drastically different from the one captured in your photographs due to the rise of social media?
Vinca: Of course! The mechanics of youth culture have changed beyond imagination – we not only didn’t have the world wide web but we didn’t even have mobile phones. We wrote letters to each other as one of our main means of communication, for goodness sake! I think social media fills a gap. A gap left by our culture’s growing lack of community, daily human interaction and celebration. And also by the cost of that interaction when young people go to find it. The youth have done well to find their own way to connect despite the devastation left by endless political systems destroying community, creativity, affordability only to replace it with unaffordable, soulless alternatives. I admire the way young people use social media to connect and create. I only worry that screens will interrupt their ability to make real connections and to get muddy and messy. For me, that’s what youth is about – being creative and a little out of control.