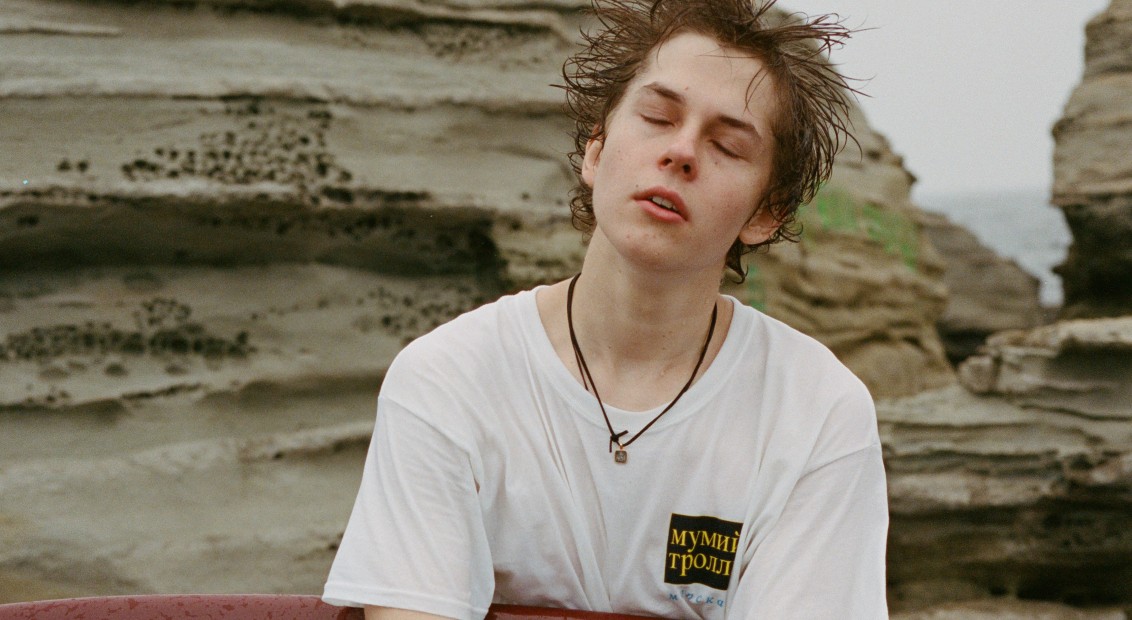 Formed in the early 1980s in Vladivostok – Russia’s biggest Pacific port – Mumiy Troll exploded onto the scene during the last years of the Soviet Union, performing illegally and were even jailed on several occasions. Released in May 1997, Morskaya (Russian for “nautical”) firmly placed the quartet on the global map. Rubchinskiy has frequently cited the band as a major influence on his childhood and career path.

In homage to the band the Russian designer-slash-photographer shot his new lookbook at a marina in Vladivostok, casting young local kids alongside his friends and Mumiy Troll frontman Ilya Lagutenko’s two young daughters. The limited edition drop consists of an oversized crew neck sweatshirt and two T-shirts. 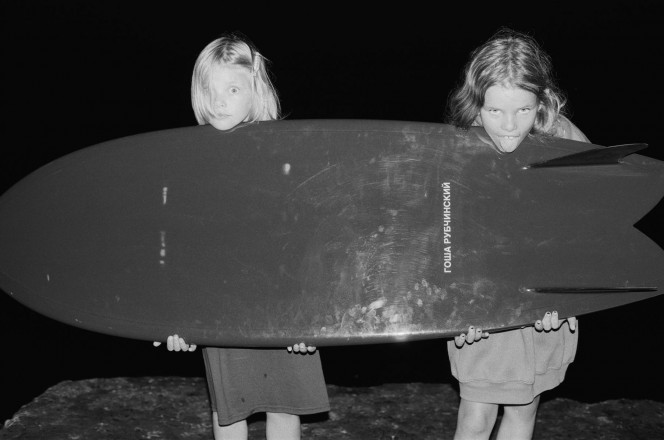 The collection will be available to buy from 15th September at Dover Street Market London, New York, Ginza and Singapore, Paris Trading Museum and Comme des Garcons Seoul shops, as well as online.