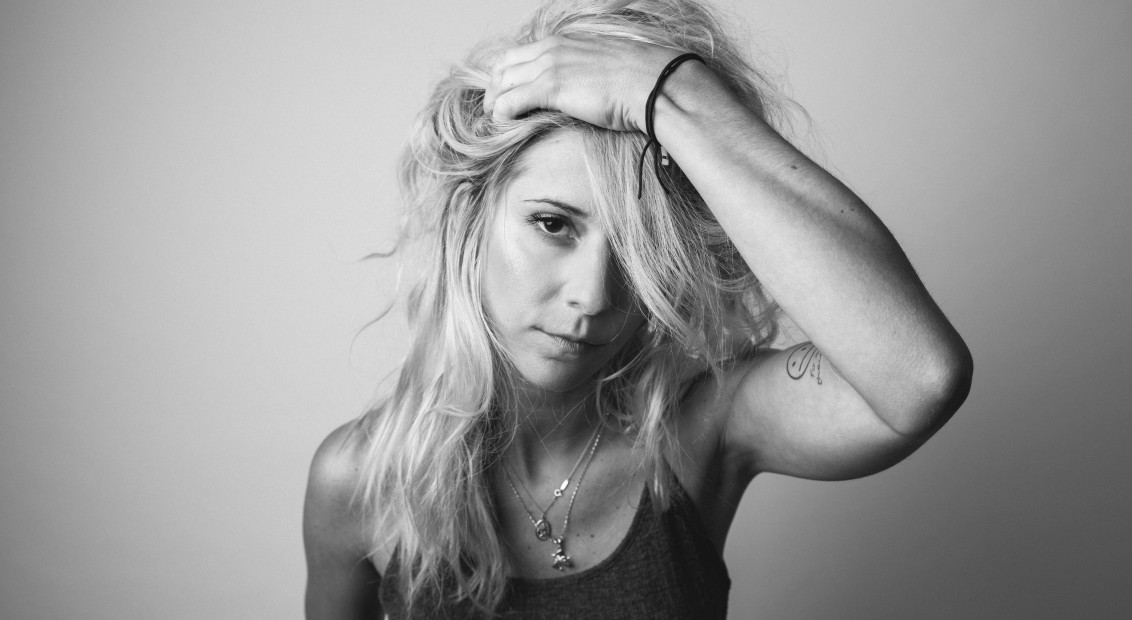 How Bully’s outspoken frontwoman found her voice through analogue recording

US trio Bully like to mimic their live performance on record; a sound that’s frenetic, raw, vulnerable, and pulses with tension from start to finish. For frontwoman Alicia Bognanno, this year feels like the perfect time for the band’s return, with their sophomore record, Losing – the band’s first release with legendary label Sub Pop (Nirvana, Soundgarden, Sleater Kinney).

Having gone to college to study audio engineering, Bognanno felt uninspired by starring at a computer screen all day using digital, point-and-click, programmes. Instead, she shifted her focus to analogue recording techniques. Having cut her teeth working at Chicago studio Electrical Audio – under the guidance of legendary recording engineer Steve Albini – Bognanno discovered that the analogue world offered her the most authentic sounds.

“When I went over to the studio, working with the tape machines, everything was a lot more physical and just made a lot more sense, because Pro Tools was essentially replicating what a tape machine was doing anyway,” Alicia tells us below. Embracing this raw method, Bully record exclusively on tape machines in order to create their visceral sound.

A few years since the release of their debut album Feels Like, Bully’s latest longplay sees Bognanno refine her songwriting to examine the complexity of growth, looking inwards to create something positive with a punch. “The title of the record –Losing – kind of says it all,” Bognanno says. “After being on the road so long and coming back to Nashville we all had a lot of changes going on in our personal lives that we were trying to deal with / adjust to and that was really the motivation for this one.”

Clementine Zawadzki: You toured Feels Like extensively. Did you do a lot of writing for this album during that period, or was a lot of it done in the break?
Alicia Bognanno: I have better luck if I have time to sit down and focus, but I do write on the road. I have a small travel electric guitar that can fit in the van, and I have a small 8-track too – it’s really tiny, it’s maybe about the size of both my hands laid out flat next to each other – so there are certain riffs on the second record that I wrote in the van, but usually it’s where an idea starts, and then I’ll get home and really have the freedom to be able to sing loud, because it’s kind of limiting in hotels and the van…

Clementine: I can imagine…
Alicia: Yeah, I think I’d have a lot of enemies if I just went full force screaming in my hotel room.

Clementine: Did you approach Losing differently to your debut?
Alicia: Yeah, I think that the more I write, the more I want to try different things, so when I first started writing I would start with chords and melodies, and sometimes that bores me now and I have to start with the lead part or the bass part, so in that sense I think it’s different and it’s growing and it’s changing. I also think Reece, Clay and I have also been playing together for a long time now, so it’s nice when I do send a demo over and we get into the practice room and work it out, I think everybody just has an easier and better time doing it than before. I also feel like I can explain to them a little bit better what I’m looking for, they already just kind of know. I would say the style of the songs and the way I approach them just constantly changes with what’s entertaining to me at the time of me doing the demos. 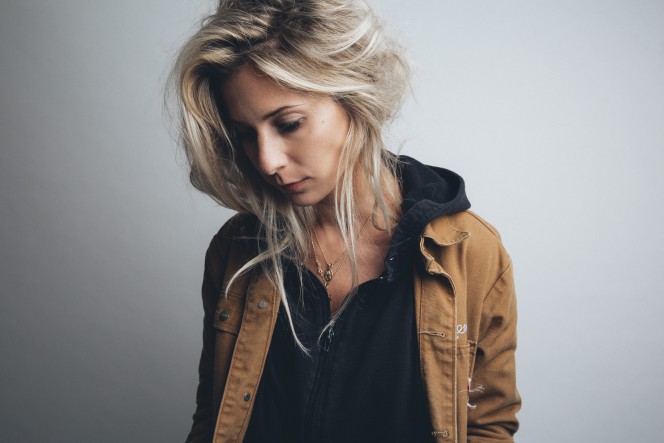 Clementine: You interned at Electrical Audio Studios with Steve Albini. How did that inform the direction you took with your music when starting out?
Alicia: I first got interested in it I was in high school and at the time that was my only way to really be involved with music, so I think I gravitated towards the technical side earlier because that was my only opportunity. Once I got to college and I was around musicians and everyone was playing, that’s when I started playing and I was a little shy about not having a bunch of music theory or knowledge for my background, but I got a little more confident in just playing what I thought sounded good and less of what made sense on paper.

Clementine: And you work with analogue equipment…
Alicia: The internship at Electrical did a lot for me in an engineering way because when I was in college we weren’t offered a lot of classes with analogue or tape, and that was really frustrating for me, just trying to work with the software and learning the fundamentals of recording on a computer – it didn’t really click for me. So when I went over to the studio, working with the tape machines, everything was a lot more physical and just made a lot more sense, because Pro Tools was essentially replicating what a tape machine was doing anyway. In that way it felt like I really found a path and a route that worked for me, so that was incredibly informative and beneficial.

Clementine: Steve’s worked with a lot of big names. Did you cross paths with anyone during your time there?
Alicia: Not really, it was actually mostly bands I was unfamiliar with. Kim Deal was in there briefly mixing some stuff, and that was obviously a really amazing experience for me, because she’s definitely an idol of mine, so that was really cool t see their mixing approach and what microphones they were using for vocals. Electrical Audio does a really good job at keeping their rates affordable and consistent, and it’s a really nice place and costs less than most studios in Nashville.

“I’ve got to sing the lyrics every night for the next two years, so they should matter to me, otherwise it’d be hard to convey any sort of emotion behind it, so that’s part of it as well.”

Clementine: You’re also quite outspoken about issues such as gun control, animal rights, women’s rights. Is this the way you always saw your music being or something that’s come with experience?
Alicia: I think that’s kind of come along with doing it professionally, and there are times where I think I should tone it down a notch as far as how literal I can get, but I think when I first started writing it was abstract and maybe that was an excuse for me not to hone in on what message I was really trying to convey through a song. I think I could have a broader idea and just be trotting around it a little bit compared to me just sitting down and really spending time on lyrics and making sure that it makes sense to me. I don’t think that necessarily makes it a better song, but it challenges me to just get a clear idea on what I’m writing about. I’ve got to sing the lyrics every night for the next two years, so they should matter to me, otherwise it’d be hard to convey any sort of emotion behind it, so that’s part of it as well.

Clementine: Has there ever been a time you’ve gone to write something and stopped yourself?
Alicia: I Remember is about as literal as it can get, but it doesn’t bother me. It’s not something that… I’m not throwing anyone I’m close to under the bus in any of the songs. If I can write about stuff or sing about it, it’s kind of a way of accepting it into some sort of outlet for that negative energy that’s behind it. I don’t filter myself, but I don’t just say whatever the hell I want either. It has to be in some sort of context in music.

Clementine: Art seems to be a real outlet for people at the moment…
Alicia: Yeah, I think it’s hard not to say anything right now, as far as how everything’s been going in the United States… it’s just sad and disheartening and I wish it wasn’t the case, but it gets to a point where you just can’t not say anything, and I think that’s where it’s at right now.

Bully, ‘Losing’ is out 20th October via Sub Pop. Pre-order the record here.