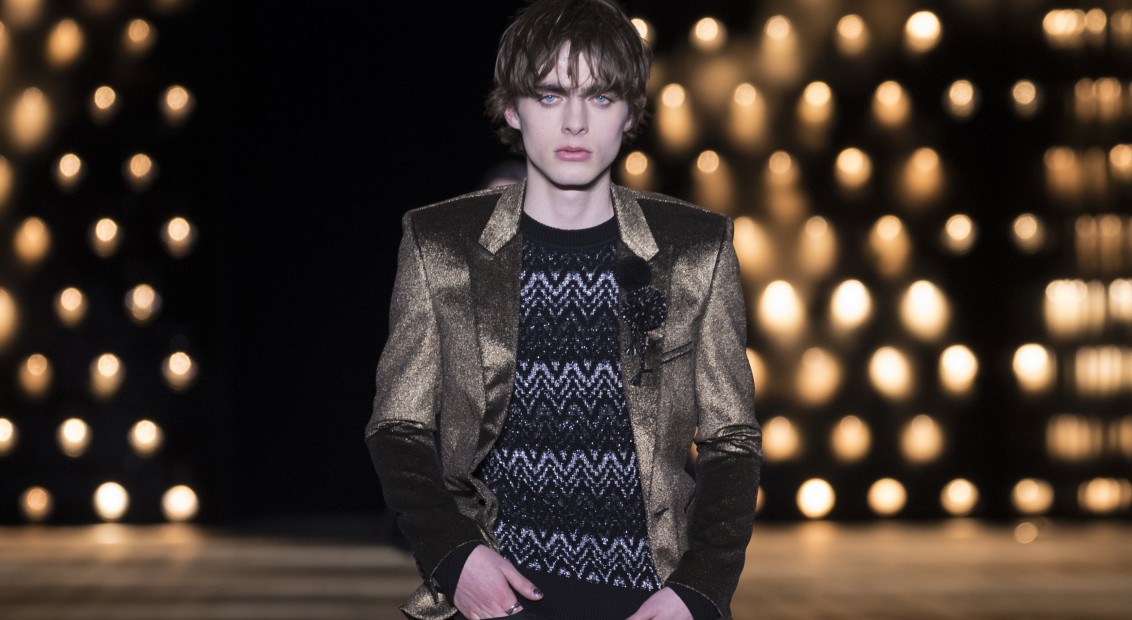 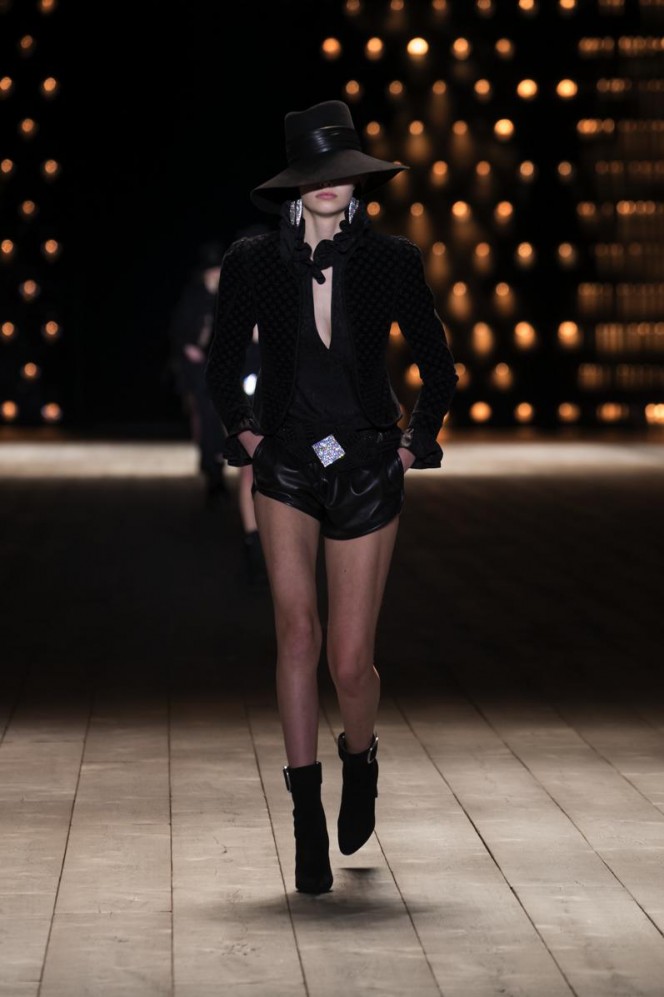 Yesterday evening, the shimmering lights of the Eiffel Tower had competition. Opposite the iconic landmark, on Jardins du Trocadéro, stood a vast metal scaffolding box constructed with thousands of spot-lights spilling into the parisian skyline. Ever since Hedi Slimane set the gold standard – transforming his shows into theatrical, arena-worthy experiences – Saint Laurent’s ability to thrill has remained potent.

Inside the custom architecture those same lights flashing from the ceiling and walls, pulsing to the beat of a rumbling soundtrack before following models down the runway, lighting their path like a heavenly neon guide. Where last season erred towards romance and love – a tribute to Yves Saint Laurent co-founder Pierre Bergé who sadly passed away shortly before the show – here, Anthony Vaccarello’s heart was steered back towards lust and hard-hitting sex-appeal.

Tropes that have become Vaccarello’s Saint Laurent staples swiftly followed: 80s dresses with big shoulders and shorter hems, sheer black lace blouses, puffed-up leather tops, boho tassels and sparkle galore. Elsewhere the designer honoured the archives with a series of Le Smoking reinterpretations – including one reimagined as a leather biker jacket, another in Prince of Wales check – and safari print dresses with patterns plucked straight from Yves’ adventures in Marrakech. And those mega crystal encrusted head wraps? Loulou de la Falaise called, she wants them all.

And what show is complete without an encore? Following a series of striking eveningwear pieces featuring all-black floor-length gowns with inventive necklines – somewhat reminiscent of Matisse’s cut-outs – the girls re-emerged in a series of metallic floral dresses cut with plunging necklines that shimmered almost as brightly as the sparkling grandeur of the Eiffel Tower across the way – although never to be outdone.