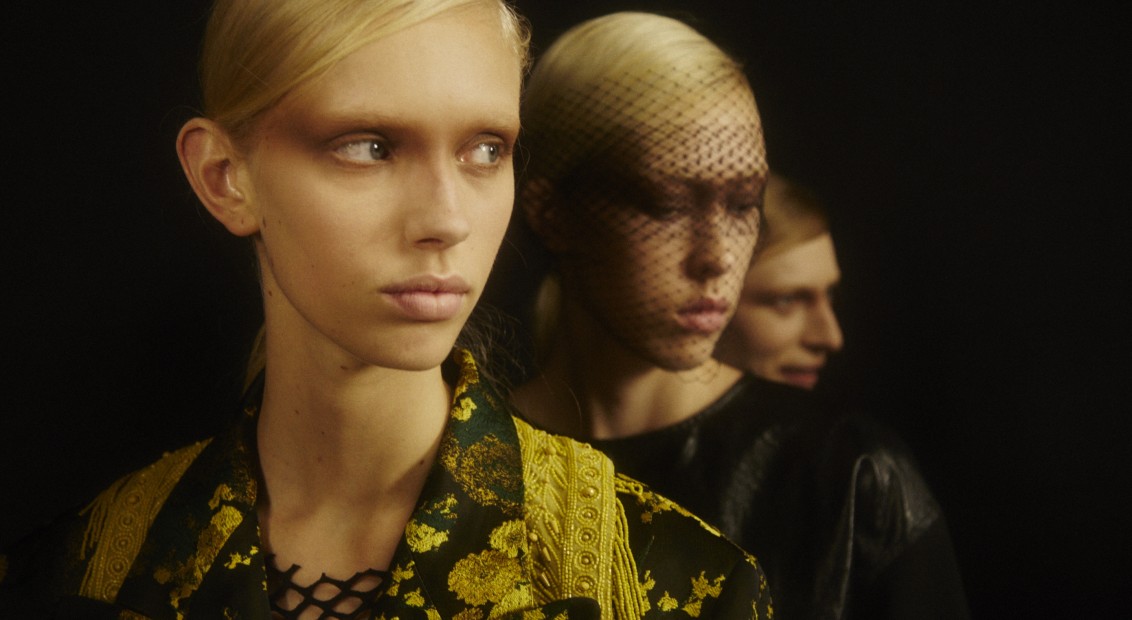 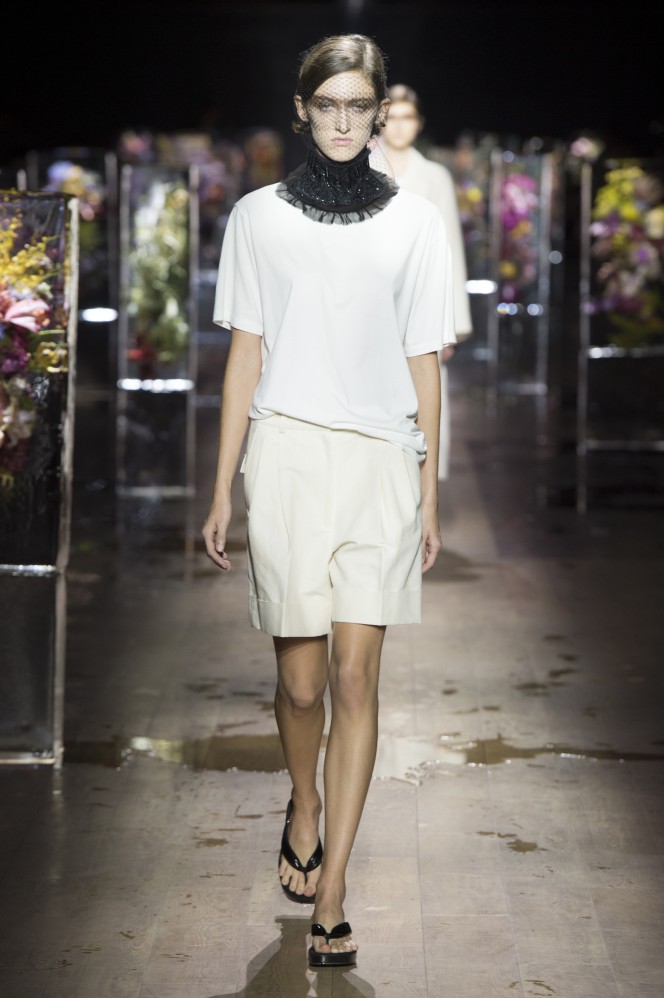 It’s no secret that Dries Van Noten loves gardens. The Belgian designer has been known to make lawns out of his catwalks, rooms out of flowers, and cover his rich collections in flora and fauna. This season, in what must be his most dramatic floral statement yet, his runway was lined with bouquets suspended inside giant blocks of ice.

In the humid room, those giant botanical cubes began changing states, melting slowing onto the catwalk, no doubt channeling how the waiting audience was feeling. But then the rainforest sounds gave way to Love Bizarre by Dump, and the clothes came, and everything else was forgotten. For that’s what happens with Dries (this designer doesn’t have a worshipful following for nothing), his lush tapestry of reference, colour and craft woven into an irresistible experience that leaves you buzzing for days.

So would there be flowers on the clothes? You bet. It’s a deeply personal influence after all: Dries is an avid gardener himself, even sharing photos of his own garden in his 2014 exhibition at Paris’ Musée des Arts Décoratifs. Here it expressed as floral appliqués, petal-like loops of beads and prints in orange, green and blue. But there was nothing delicate about it. Shorts weren’t the sweet or mini kind – rather, a length in which to get things done. One pair was worn under a great black wet look coat, its collar splattered in wattle yellow. Tough, provocative, capable. That pollen hue continued over silk trousers, bombers, gowns and cropped jackets, whose leg of mutton sleeves introduced a strain of Victoriana. Tall necklines adorned with piles of beads and lots of black nodded to mourning attire. In the presence of those flowers, heavy history hung in the air.

Dries is fond of Eastern influences, here they hovered over Japan. In silhouettes (a lush oversized blazer belted like a kimono), prints (floral, like oriental illustrations), and, of course, those installations. They were created by Makoto Azuma, the Japanese artist who created digitally manipulated flower walls for that same Paris exhibition mentioned earlier. Here, Azuma’s flowers were stopped in the middle of their beautiful decay, like cold taxidermy. This is from an artist who once shot a bonsai tree into the stratosphere in what he called his ‘Botanical Space Flight’. An artist whose preoccupation with time, space and botanicals aligns with Dries’ equal ability to seamlessly draw planes of culture and history together like years don’t exist. A designer whose artistry – much like time – is ever-consistent, and whose shows can pause the moment, if only for a second.

By the end of the show, the catwalk was a lake. 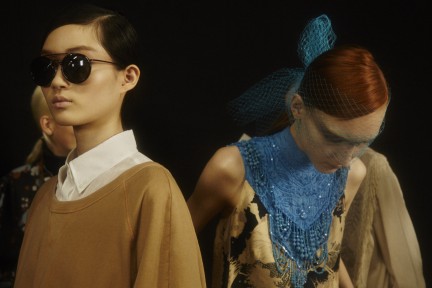