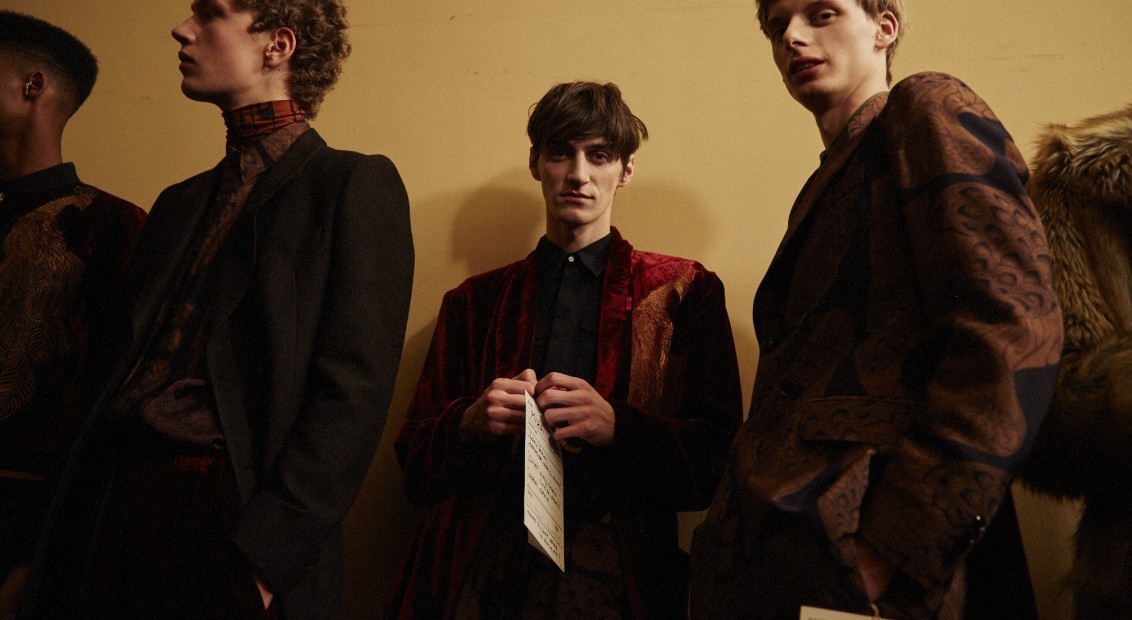 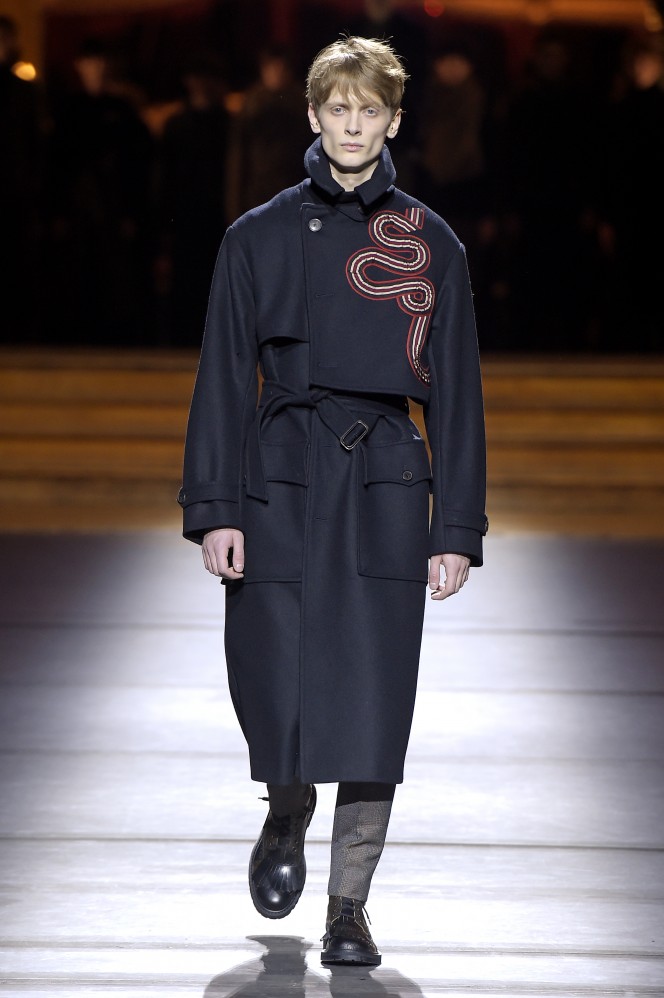 Dries Van Noten is one of the most revered designer’s of our generation, and his show at Paris men’s fashion week sets anticipation to match. His is the kind of output you don’t just witness –  you feel every inch of thought that has gone into the pieces, and the performance (it’s just that – more than boys on a catwalk). You walk away wanting to stay floating in the experience.

Yesterday followed this same unpredictably dazzling formula. It was a performance alright, and one befitting of the finest stage, the opulent Palais Garnier fits that bill to a tee. Entering via backstage attendees came face to face with the theatre from an actors point of view. Finding themselves on the opera house’s vast stage, the curtain rising to reveal towering blocks of seating surrounding at every angle.

As Bernard Parmegiani’s Pop Eclectic fizzled out of the speakers – played unedited as originally performed at the University of Southampton in 1969 – Dries was hinting at his own composition of inspirations that would form this season’s collection. After all, Parmegiani’s plunderphonic track feeds on popular culture samples, from the Small Faces to Pink Floyd. Building upon existing references to create anew.

Last season was a sartorial symphony of Eastern proportions nodding to the star-studded echelons of Warhol’s legacy and his comments on society’s poisonous commerciality. In contrast this season felt looser, more natural. It was dark, rich, luxurious from the outset. Peacock motifs featured throughout taking the form of psychedelic artwork reworked by their original art, Wes Wilson – Dries’ FW16 man was a peacock peacenik, a psychedelic jugendstil – beautifully arresting with his own unique ornamentation. As boys circled a golden arch from Robert Carsen’s set for Strauss’s Capriccio their silhouettes were hungry in their generosity, trousers and shorts billowing out, bunched and belted at the waist, and Dries’ fondness for blurring typical male and female bounds came via cargo-like skirts tied like coats around the hips, kilt-like in a play on gender and cultural tradition.

The common strain that ran through everything was a regal sense of lushness. Royal crests appeared on military style jackets and waistcoats, offsetting those looser bottom cuts and heavily laced boots on feet. “Insignia of rank are decommissioned, ripped from historic ceremonial uniform and applied to embellish iconic garments of a Man’s wardrobe”, explained the show notes. Appropriating aggressive connotations and translating them into passive armour for the mind. Luscious pelts and gold stitching and official insignia, velvet and silk lounge wear and oversized suiting. The palette was the deepest of navy, brilliant purple and periwinkle blue, khaki green and the most expensive of gold tones.

One word to describe it all – rich. But where some designers may shallowly achieve this description through transparent flashiness of material and make, it’s Dries’ finesse at communicating the codes of dressing for his audience that really makes his work something special. He can work a reference like no other, his creative process is his everything. Like the myriad influences that were explored start to finish at his 2014 exhibition at the Les Arts Décoratifs in Paris, from the artworks of Francis Bacon and Damien Hirst to portraits of Cecil Beaton and proust, album covers and portraits of David Bowie, archival pieces from designers like Vivienne Westwood (punk is a heavy influence and one that often bubbles to the surface of the designer’s collections) – it was all there.

‘A painting, a certain colour, a thought, a gesture, a smell, a flower, anything really,’ Dries said of his inspirations in the exhibition. ‘What matters to me is the journey from the first flash of inspiration to the final destination, the individual garments, the collection.

And there’s the rub: more than just a collection Dries’ work is about the experience – for himself and his audience. From the first moment of inspiration to the moment of the show, and to the wearer’s individual experiences that will continue a garment’s story onwards. Yes the collection was rich in its regality, but it’s Dries’ personal brand of luxury that really elevates it above the rest. That’s the luxury of make, of process, of memory. 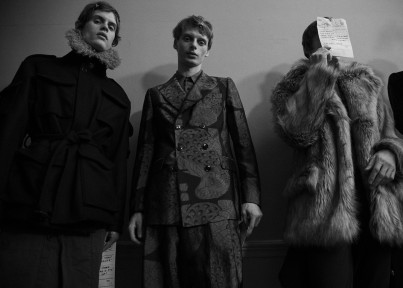