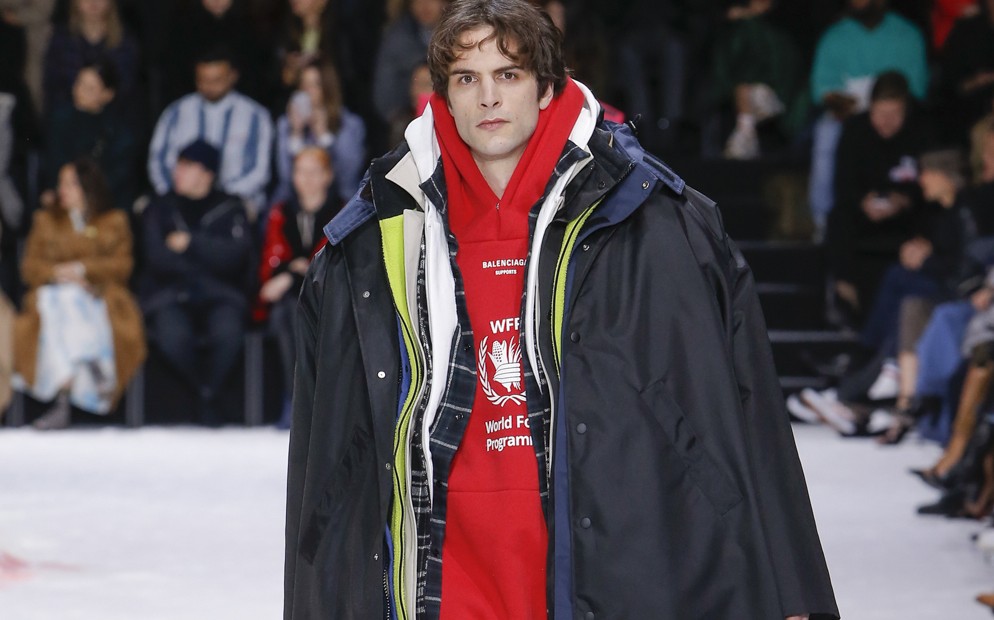 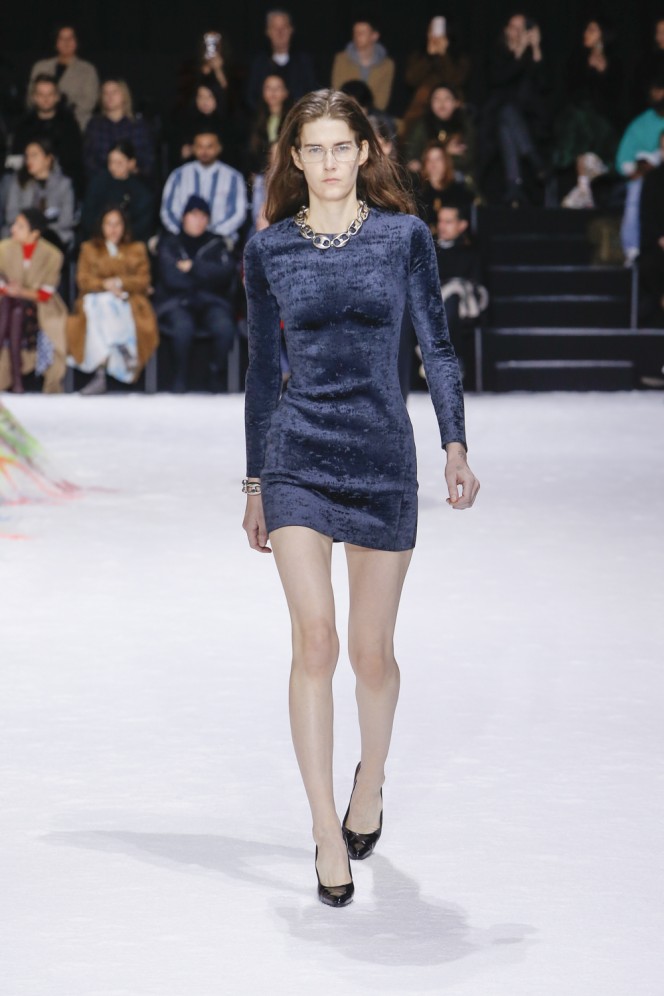 When Demna Gvasalia does something, people take note. From extra-large, obscure silhouettes to pieces inspired by Bernie Sanders’ election campaign; Gvasalia has routinely exercised his unique propensity to shape collective sartorial taste while operating as creative director at Balenciaga.

Intent on constructing the brand around his own aesthetic and attitudinal stance, the designer chose to champion the work of the World Food Programme for his FW18 offering to raise awareness around the issue of global hunger.

Staged around a colossal mountain structure covered in multicoloured graffiti; the words ‘power of dreams’ and ‘new knife’ could be picked out, relative to past seasons and the brand’s most iconic silhouettes. Tropes that are inherent to Gvasalia’s design style could be spotted across the collection, remixed with the non-profit organisation’s logo and slogan “Saving Lives, Changing Lives”. Traditional check coats cinched in at the waist and protruded at the hips (Gvasalia likes to experiment with silhouettes, after all), while dadcore-flavoured high-waisted smart trousers and knitted half-zips were paired with polished lace-ups and old-school leather jackets.

As always, there was also a lot of layering at play. Jackets on jackets on jackets on hoodies on tees – as Paris temperatures dropped to a brain-freezing -7 degrees, Demna was offering a very tempting solution. In fact, the designer went so super-sized this time around, that a Friends-inspired Balenciaga meme surfaced straight after the show referencing that episode where Joey wears all of Chandler’s clothes at once. Again, Gvasalia succeeded in creating a line that was strong both in terms of its construction and overarching message.