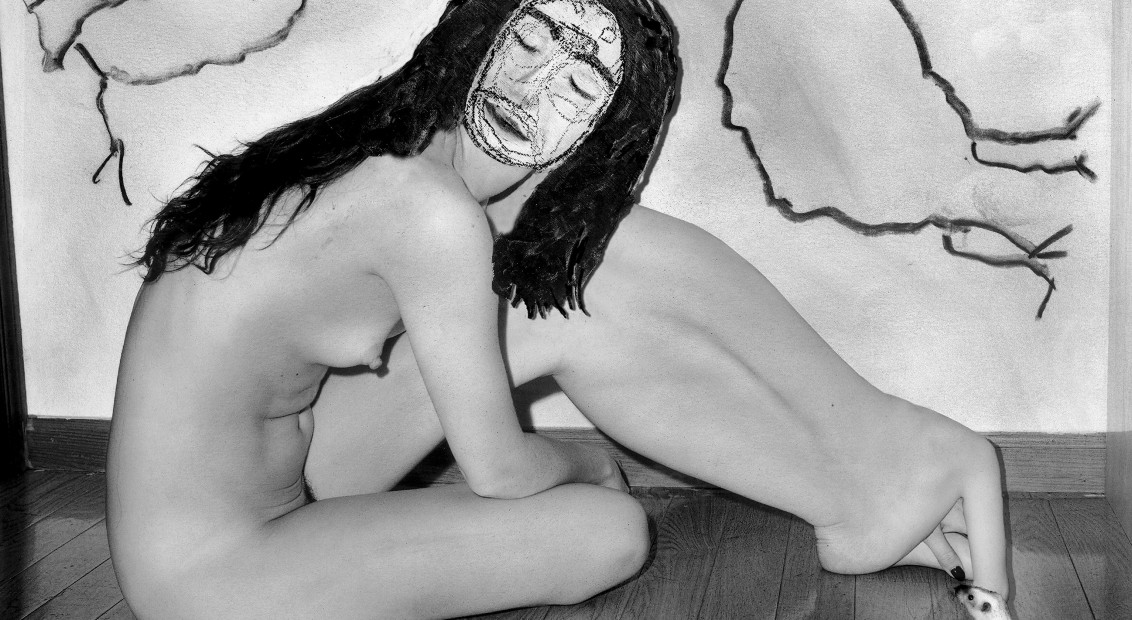 Outsider artists, Roger Ballen and Asger Carlsen, have teamed up to form an explorative collaborative series that will be presented in Berlin beginning 16th September.

Titled NO JOKE, the exhibition consists of 37 black-and-white photographs that Ballen and Carlsen have created through exchanging material over the course of several years. The long distance collaboration sees both artists’ aesthetic fused together to blur the distinction between authorship, process, fiction and reality – the result is a surreal and visceral impact on both the artist and viewer. The multi-layered images, created through digital processes and analogue techniques, explore a series of themes and objects ranging from gender, animals, angels, demons and dolls, which are reworked and fused together to create an awkward sense of reality.

We caught up with Carlsen who spoke to us about the painstaking creative process, the major themes of the exhibition, and the emotive impact of the imagery on both the artists and viewer alike. 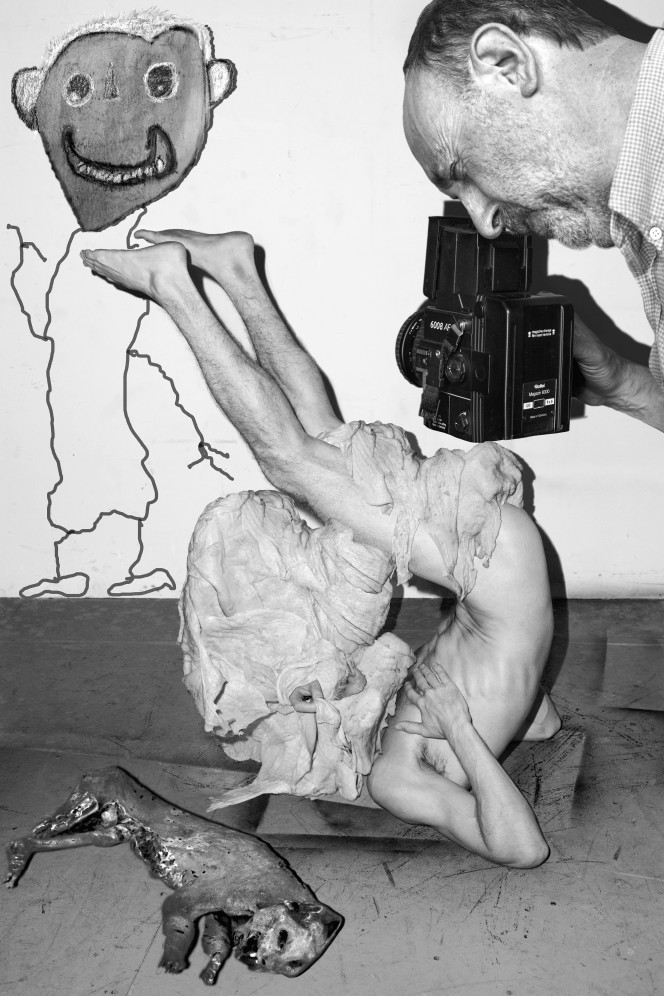 Ray Kinsella: How did the idea for the show come about?
Asger Carlsen: I’ve always been a fan of Roger’s work, he’s another generation to me; so when I discovered his work in around 2000 I thought, wow – that’ amazing, I wish I could do something like that, some day. Roger has been a huge influence on my work. So I was asked to do this piece for Vice Photo Shoot and I suggested to them that I’d like to collaborate with Roger Ballen. That’s how the first images started. I made five or six images for that issue, and then I sent them to Roger and he applied work on top. My work is more about being one seamless piece, so I sent the work to him and he made a collage aesthetic on top. That’s how we got started with it.

RK: How about the title of the show, No Joke?
AC: Well, it isn’t a joke. It’s serious stuff, man. It’s ambiguous, just like the work itself. I also think that the title is a good conversational word. It’s like you can imagine being with another person looking at the work and turning to them and saying, “this is no joke.”

RK: What was it like collaborating long distance over Skype and email?
AC: Thank god for Skype. We’ve had endless conversations over Skype, many times weekly. It’s a challenge because you’re not in the same room and you’re talking about something you want to do and what direction you want to go in. We always left it open but did discuss certain things that could be interesting. And there was certain things we felt we covered then we would move on to the next thing, a new subject. There are images in the collection that I photographed – which have a white background. The other ones have more an antique background – they are Roger’s. So there is imagery that’s about his studio, and there is imagery that’s about my studio. Sometimes there’s only been an exchange twice, and other times there have been multiple exchanges. 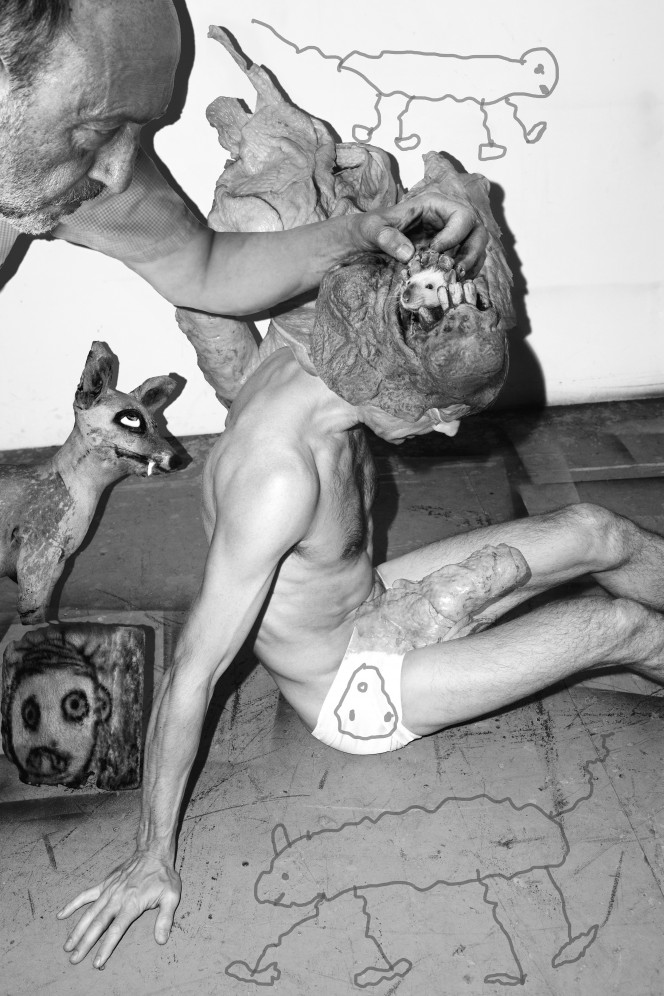 RK: What are the main themes winding through the exhibition?
AC: There is a section of self-portraits – that’s nothing really new for artists, it’s been a way for artists to access easy material, and to find easy subjects. After we did one chapter, Roger suggested I have my assistant photograph me so that created a foundation for other material. I tend to work from my archive, so like I always have the images on my computer – I find it difficult to start otherwise. I like to pretend that it’s almost as if I’ve found something, and then the images with a found theme I can change or work from. I never shoot anything specifically for it is. I consider all images as material, and not final images.

“It definitely embodies a sense of not being tailored for what the world is, so you could say that it is trying to create a break, or even that there’s a sense of denial.” 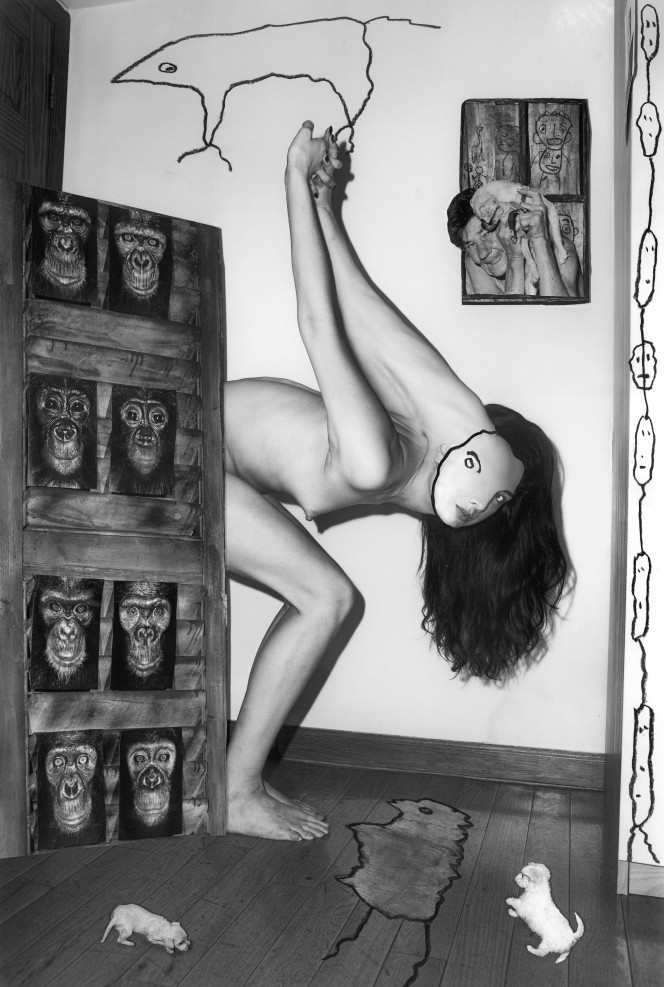 RK: You both identify as outsiders. In your work, does the sense of ‘displacement’ or ‘uneasiness’ on the subconscious reflect your sense of feeling like outsiders?
AC: There’s a certain correlation between Roger and myself. I emigrated from a different country, and Roger’s mother died prematurely and he went on an extensive road trip. This whole aspect of trying to find oneself is something I also became aware of having had some family difficulties myself growing up. I think that created some awkwardness – not feeling totally secure in your environment. Having to cope with these things, I think, comes across in our imagery. I once said to another journalist that the work was about not belonging anywhere. I think that is a precise description of how this work came about. So I think there is this sense of not feeling a part of society, or even the sense of like, “fuck it, I’m going to do it anyway.” It definitely embodies a sense of not being tailored for what the world is, so you could say that it is trying to create a break, or even that there’s a sense of denial. But there is definitely an attempt to try and cope with human awkwardness within our work. The subconscious is, in my view, a very important part of humanity – and the way people connect with themselves. You could be acting upon it and creating something from your subconscious and not even realise until much later down the line. 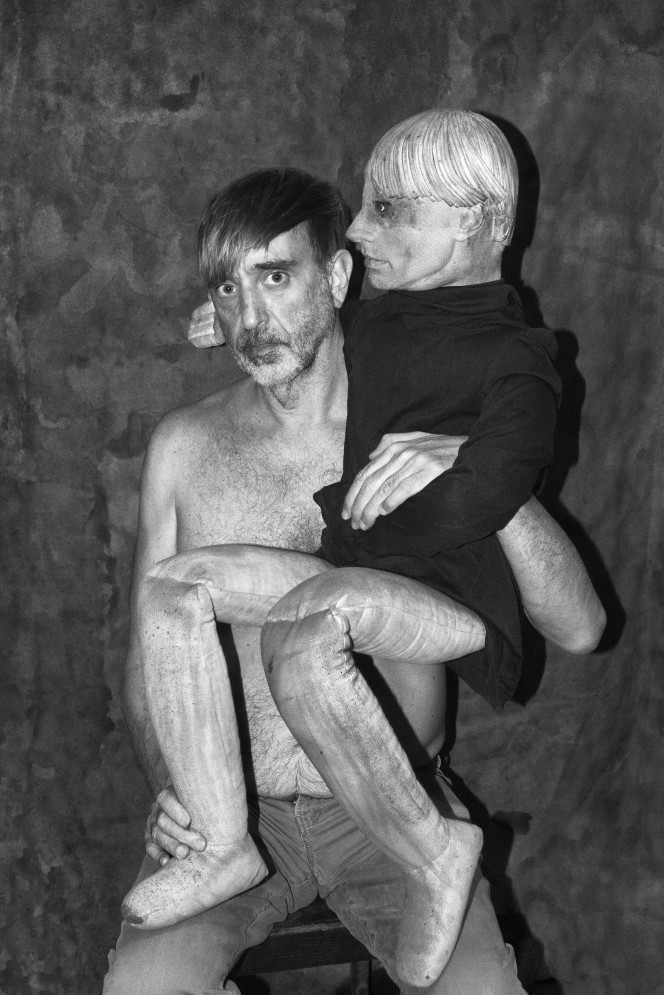 RK: Do you think that art can help us make sense of the world?
AC: I think it supplies a relief to whatever is out there in the world. I think that it offers alternative ideas of the world, or how the world can be looked upon differently. If you were to call me Monday morning and ask me what I really want to talk about, it would be music or art. I’m not sure that anything else is really feeding any purpose. I sometimes think that connecting over music and art is a better way of connecting than anything else.

RK: What about the hidden aspects of your work; the elements that don’t reveal themselves easily?
AC: I think the imagery falls between fiction and reality. I know that Roger is interested in those ideas. When I first saw Roger’s work I was almost certain it was some kind of work from an institution – like an institution for the mentally ill. I wasn’t sure that the images were real. So it was one of the inspirations for me, and something I’ve always been interested in. This idea that you’re looking at one thing but you get left with something else – something that has a lot of context, or a lot of story to it, but maybe it doesn’t exactly reveal itself – at least not at the vey first moment. And that kind of feeling – whether it’s in music or films – I find particularly exciting. It enables room for different interpretations of the subject. For me it’s pleasurable to be challenged by someone’s work – to not get it straight away.