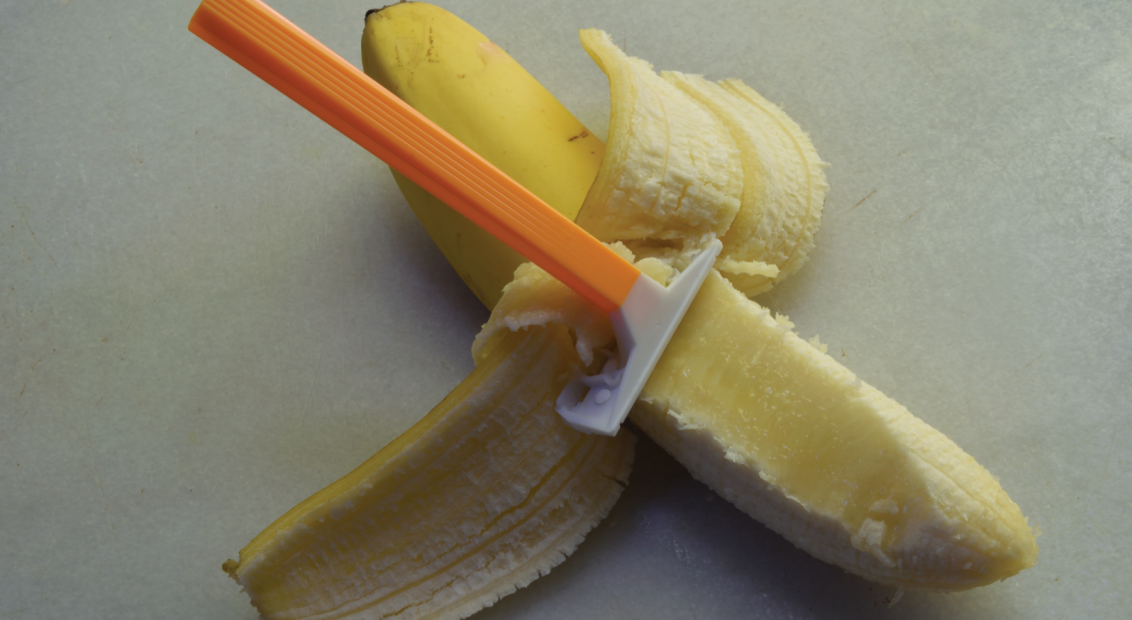 Hate Zine: We need to talk about mental health

Hate has cemented its status as a zine with a message. Launched just over a year ago, co-founders Luisa Le Voguer Couyet and Scarlett Carlos Clarke have created a zine with a voice like no other.

Whereas issue two opened up a discussion on sex and gender, issue three focuses on mental health. From the frank discussions behind those suffering, to the idea of building a community, and learning steps to take yourself towards a recovery, it’s all there.

Mental health is a dire issue in our current society, with numerous reports suggesting our coming generation could be the most depressed in decades. The issue also happens to be incredibly personal to both Luisa and Scarlett, who’ve dedicated it to their friend the late photographer Matt Irwin, who tragically passed away through suicide earlier this year due to mental health related causes.

We caught up the Luisa and Scarlett ahead of the issue’s launch to discuss the importance of mental health, and what kind of conversation they hope to achieve with Hate. 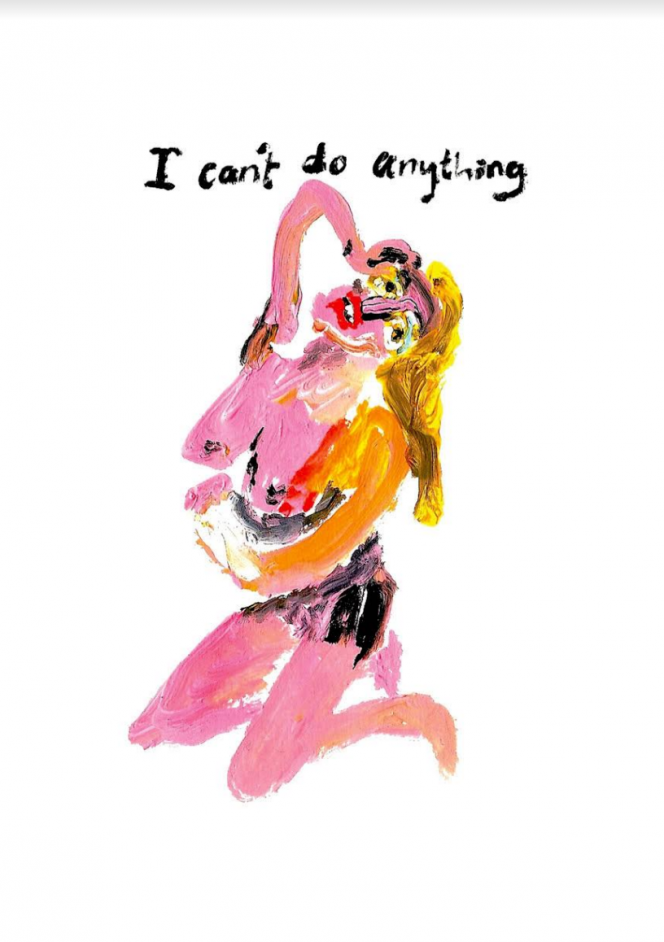 Joey Levenson: You’ve previously tackled subjects such as sex and gender, and the zine often breaks off from homogeneity found in the media. How did the choice come about to now focus on mental health?
Luisa Le Voguer Couyet: With Hate, and my own work, I really want to try and encourage discussion about ways we can collectively change things. We both talked about doing an issue on mental health for ages, it’s something that affects everyone in one way or another, directly or indirectly.
Scarlett Carlos Clarke: Depression, addiction, anxiety, suicide… all things which dot the landscapes of the lives of our friends and family. Mental health is something which affects everyone in some way, it’s important that people can talk more openly about these things.

JL: You’ve accepted submissions for the first time in this issue, what was it that made you want to do so?
LLVC: At first that was kind of a mistake, because I posted something on my own Instagram about open submissions for a show I want to put on, but then people I didn’t know started getting in touch with their work thinking it was for Hate. An artist called Hannah King sent us the most wonderful paintings, so we decided to open it up for other people too. In regards to this particular issue, mental health is so broad and subjective it’s good to get other perspectives.
SCC: We’ve always found that approaching artists we liked worked better when putting Hate together but this issue we have been pleasantly surprised by a couple of contributors who submitted unique artworks for the issue. I think it was important to be slightly more open with the theme of mental health, which can be approached from so may different angles.

“Mental health affects everyone in some way, it’s important that people can talk more openly about these things.”

JL: In regards to social media, people are now more than ever able to find like-minded others and can freely express emotions they otherwise wouldn’t in real life. Do you feel like the millennial, and younger, generation’s exposure to social media has increased the conversation surrounding mental health?
LLVC: The internet is a great tool for that, I spoke to Sienna Murdoch of sadface.club about mental health and ways to combat negative feelings. People find great comfort on the internet, it can be anonymous which helps, people use social media to openly discuss their own feelings and often they find support.

JL: I noticed Kingsley Ifill’s artwork incorporates a selfie of Kim Kardashian, a popular target for a lot of hate. Do you think the selfie-culture that she’s brought about correlates with this constant mental pressure we put on ourselves to always look like somebody else, or is selfie-culture something to celebrate?
LLVC: I don’t know if selfie-culture is something to celebrate. I feel like Apple, Facebook, and Instagram have a lot to answer for in regards to the narcissism that we are exposed to today. Being able to capture every minute of your life and then post it on the internet for anybody to see can give you the impression that you are really important, and we are in our own way, but it’s sad to see celebrity selfies overtaking serious news stories. It’s all just more stuff to consume, and I think it can be negative for a lot of insecure people who measure themselves against that.

SCC: Social media causes so many problems, especially for young women. No one should be comparing themselves or their lives to Kim Kardashian. There are no boundaries for people with social media, your private life has become everyones business, its a phenomena of our times but it will be interesting to see if the younger generation are as intrigued by social media as our generation have been. We can remember a time where Facebook, twitter and Instagram didn’t exist. Maybe it won’t be such a big deal to people who have been brought up with it. 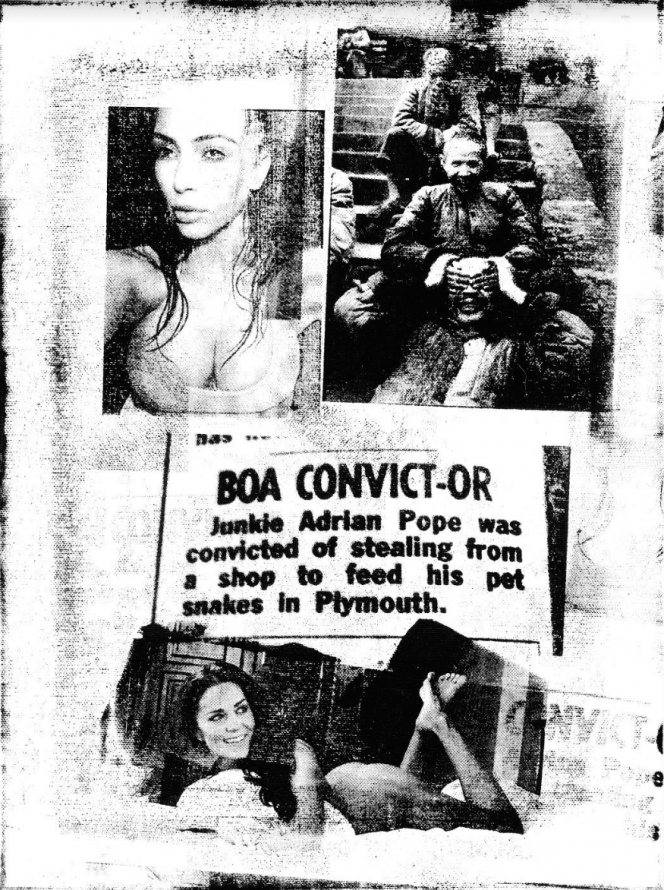 JL: A recent Telegraph article reported that more than one in three British teenage girls face either anxiety or depression, or both. Do you feel there is a significant reason as to why teenage girls are more likely to combat these problems?
LLVC: Teenage girls may be more likely to combat these problems because I think it’s easier for women to talk to one another slightly more openly than men. Suicide is also the biggest killer of men. I think there is pressure on every single individual, at times, some more than others. It’s important to look at the context or circumstances of why someone is more likely to suffer from poor mental health, as a society more could be done to improve our treatment of mental health. But before it even gets to the point of seeking treatment, I think lots needs to be done to improve quality of life. Workers rights, fair tax, living wage, better education, cheaper rent and rent caps, these are the things that would improve my own situation right now so I’m conscious of them.

For teenage girls, I think there is an extraordinary amount of pressure to fit in, you leave primary school aged eleven and suddenly you’re growing breasts and men are zoning in on you in the street; you go from childhood to womanhood overnight at times, and there is nowhere to hide. Society suddenly puts all these expectations on you without any education as to how to be who you are learning you are.

“For teenage girls, I think there is an extraordinary amount of pressure to fit in… you go from childhood to womanhood overnight, there’re so many expectations but no education.”

JL: How did you find the emotional process of putting this issue together? I imagine using Matt Irwin’s photography must have been very personal for the two of you.
LLVC: I did feel quite stressed about it all initially, there was so much I wanted to say, but as time went on and the deadline approached I felt like I didn’t know how to express myself. I think the pressure of wanting to do the topic justice was part of it. I’m conscious of my own mental health anyway, but deciding to cover it objectively is different to self-analysis, I suddenly didn’t know how much I wanted to expose in public, and so I admire those who have. We wanted to find a way to include Matt in the issue as he was going to contribute at some point anyway. He had always been really supportive of us, he understood what we were trying to do and would give us advice about it. I guess this is a way for us to try and include and remember him.

SCC: There’s so many things that I have to say on the topic of mental health that its almost too overwhelming. We asked close friends of Matt to share their memories of him – it’s impossible to sum up a person in a few lines but I felt like it was important to include him in this issue seeing as he was meant to contribute work and was always so encouraging to Luisa and I in what we were doing.

Watch this space for details on how to order your copy of Hate zine issue 3. You can follow Hate on Instagram here.