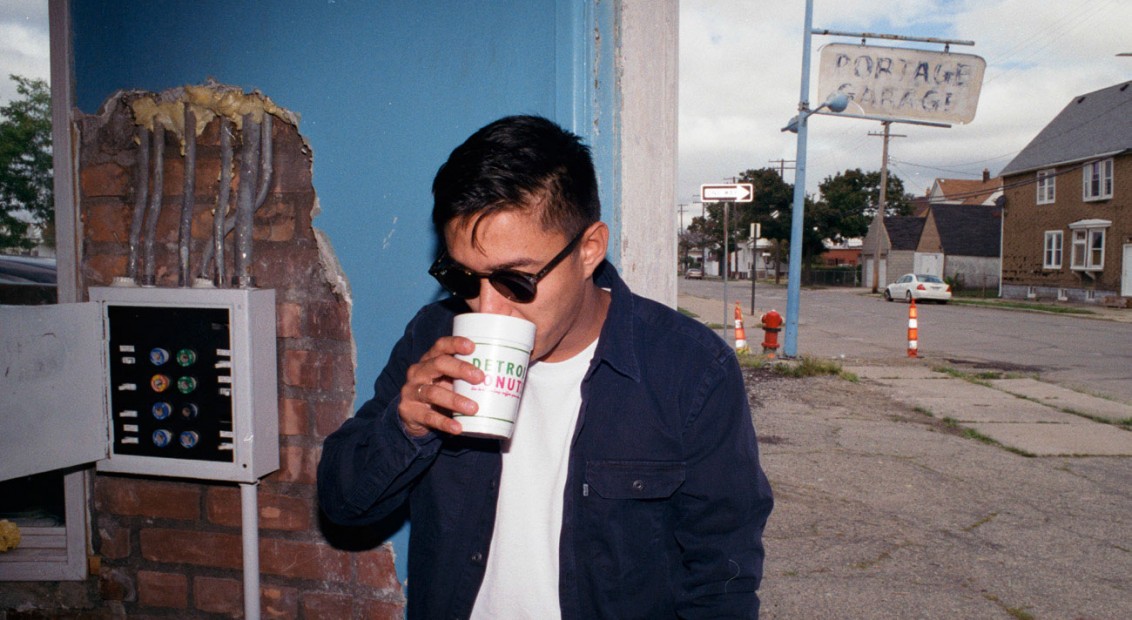 Drawing on the Motown and jazz records he inhaled as a kid, Shigeto blends early ambient nuances with the grit of Detroit hip hop. What you’re left with? Beatsy soundscapes that mess with your head.

His new EP, Intermission, is out on Ghostly today, coming in the wake of a long period touring that followed the release of his Rhodes-heavy 2012 full- length, No Better Time Than Now. Connecting the dots between a wider spectrum of his influences, here he hones in on his love of house and techno with a more chugging 4/4 drive. Doing his thing, until the next one.

Tempe Nakiska: So you’ve been on the road a while, when did you get back in the studio?
Zach Saginaw: I used to have a studio in Rivertown with a bunch of other things going on in the same building, but eventually people started living there so it became hard to make noise. I left that studio and made the EP back in my bedroom, which affected the music for sure because I didn’t have the Rhodes keyboard that was pretty much a part of every song I made on No Better Time Than Now.

TN: Have you got a new studio now?
ZS: Yeah, at the same time I started working on building this new studio in Hamtramck and so that’s kind of the main focus right now. I think the stuff I’m writing will change even more once that is done as I’ll be able to record actual sessions and have multiple people playing with me at once. Especially with Ben [Saginaw, Zach’s brother and one third of Detroit band Ritual Howls] setting it up with me, he is doing all the art stuff on the other side of it and starting a gallery. I feel like we’re now doing what we’ve always wanted to do.

TN: Sounds like it’s a really collaborative scene there right now.
ZS: It’s great, also Hamtranck is a kind of untouched area, it’s a little off the beaten track from all the hype. I hate making comparisons, but in a way it feels like the Brooklyn of Detroit, where it’s less city, more residential, more spread out, even the good side of gentrification. It’s a touchy subject with Detroit, but I love the area and hopefully this will be something that will help the community. There’s a baseball pitch on the park here where kids play every day and we had the idea of starting a food truck that they can come snack at in the parking lot. We’re super excited.

TN: It sounds like family has a pretty big influence on you, Shigeto has something to do with your Japanese grandfather right?
ZS: My great, great grandfather. Because it’s Japanese it probably has multiple meanings, but I understand it to mean, ‘to grow’ or ‘growing plant’. As the story goes, my mum said that she wanted to give me a Japanese middle name, and I was nine weeks premature, so she took that one [laughs], it makes sense. 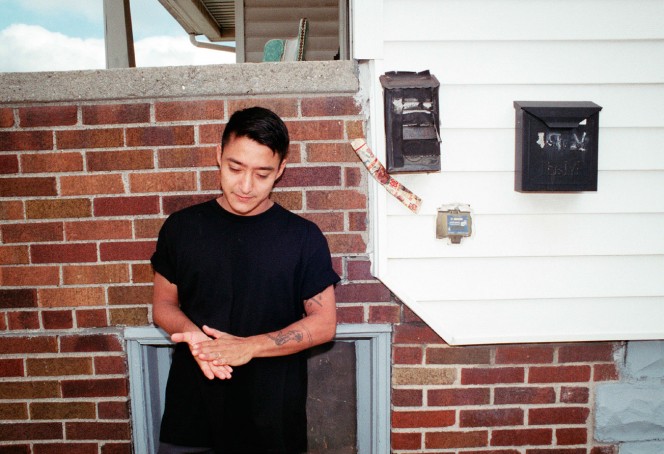 TN: So I’m interested to hear whether it is a natural progression that saw you get into electronic music?
ZS: Growing up I was mainly raised by rap and jazz, as you mentioned. But in high school I was heavily into a lot of Warp Records artists, the usual suspects, Aphex Twin, Square Pusher, Boards of Canada, Plaid, that sort of stuff. A lot of my friends were doing that but I was a jazz drummer, and the only way I’d be involved was if they sampled me and put it in the beat or something. But then I moved to London in 2003 from New York, I’d dropped out of jazz school, and I developed tendonitis in my arms so wasn’t able to play. It was around the beginning of dubstep and I was going to some crazy shows in Brixton and London Bridge, I was super inspired by all this shit that was going on all around me and my friend suggested making electronic music because I could be creative without hurting myself.

TN: How’d you hurt your arms?
ZS: This is funny, I was a cheese monger. I worked at a place called Neal’s Yard dairy for many, many years. Almost four years of my life I worked in cheese.

TN: [laughs] So you’re pretty hands on with instrumentation right?
ZS: I usually do everything myself but sometimes I’ll have a guest, on this particular EP I have Ian Finklestein, who’s a jazz pianist, playing on City Dweller. Everything else is myself, and if it’s samples it’s usually something I made myself.

TN: There was that ticking sound at the start of No Better Time, what was that?
ZS: I was basically in my kitchen with the toaster oven on playing along to it. So it created a nice little rhythm, the iPhone makes it nice and compressed, it sounds kind of fucked up.

TN: Are there any little samples like that on the new EP?
ZS: On Do My Thing, there’s kind of a chopped up and screwed vocal sample, that’s from an old rapper friend of mine from a track we made in 2001.

TN: You’ve gigged with ZelooperZ a lot, recently you guys did a Boiler Room set together. Is he going to be gigging with you more?
ZS: We hope so, we have a lot of material and we named the project Z-Geto-Boyz, it made perfect sense [laughs]. So we’re kind of just in the process of finding a home for it, but being pretty relaxed.

TN: The EP, it feels a little bit calmer, a bit more settled. What were the main changes for you?
ZS: Well it had been so long since I released music, so I decided to call this selection of tracks Intermission because that’s what it is, it doesn’t have a personal message like the others it’s just a little taste of what I’ve been making lately. Musically I just wanted to be diverse, but still me. I wanted to release some more of my ambient tracks, which can be hard to put out when you’re earlier on in your career. Also there’s more of a 4/4 dancefloor thing going on, I used to make techno and house before Shigeto even existed, so just returning to that and being more comfortable with it.

TN: I guess it might challenge a good portion of your audience, but I think that’s a good thing in terms of progressing.
ZS: There’s always going to be people who want your first album, or want their favourite things from you again, and again, and again. Even if someone was like, “What the fuck? I wanted Detroit Part 2” [No Better Time featured a track called Detroit Part 1]. I’m just glad that they liked that enough to want it again. I’m gonna do my shit and if you don’t like it I’m sorry, but I’m grateful to you for that.

TN: Who would you like to work with next?
ZS: I’m obsessed with local shit. Doing a track with Danny Brown and ZelooperZ would be incredible. I like staying local, it has this special feeling. It’s more powerful than just a musician that is really incredible or famous, there’s a connection.

‘Intermission’ by Shigeto is out now on Ghostly.