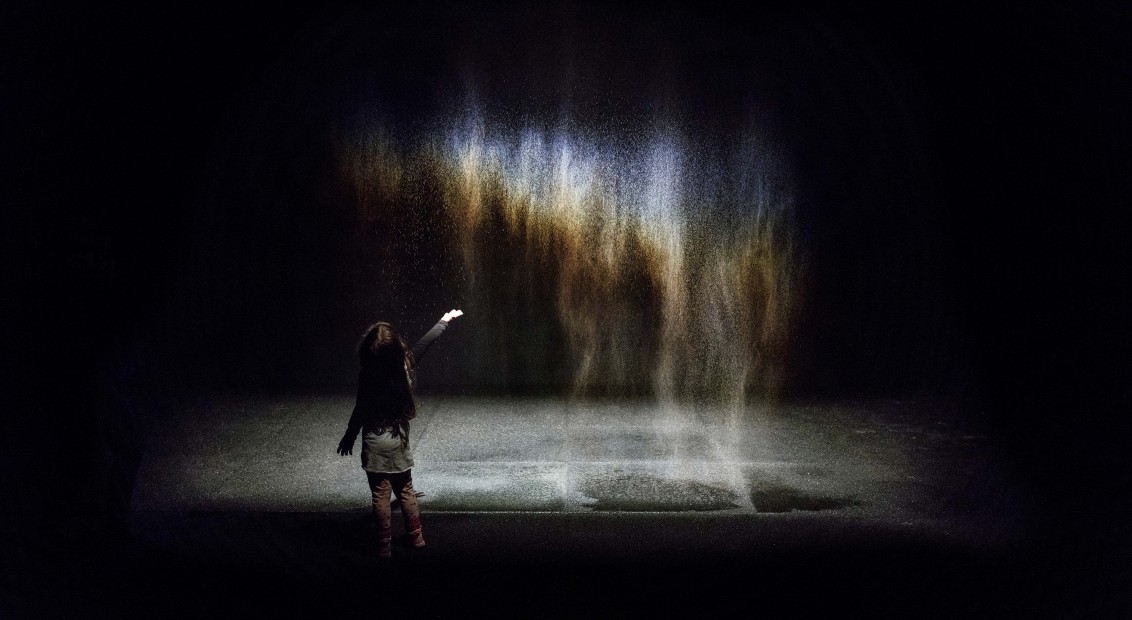 When Olafur Eliasson last came to the Tate, illuminating the turbine hall with an enormous sun as part of his Weather Project installation (2003), he facilitated a collective experience of the sublime that, even sixteen years on, doubtlessly remains imprinted in the memories of the two million people who saw it. In the time since, Eliasson has established himself as an elemental force on the international scene, one of the world’s most dynamic and engaging contemporary artists whose work regularly transports visitors with moments of transcendence and awe. 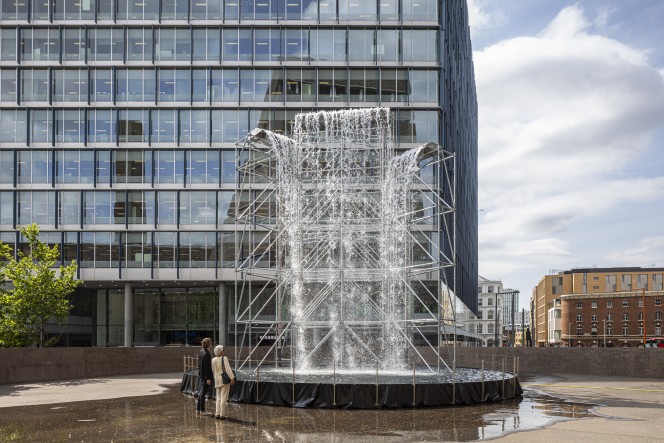 His return to Tate with In Real Life is a triumphant one, combining, in typically ambitious fashion, large-scale participatory works that engage the senses while posing difficult questions on climate change. From the 20ft waterfall positioned outside Tate’s new wing (part of his Waterfall series that has previously appeared in Sydney 1998, New York 2008, and Sao Paolo 2011), to the Olafur Eliasson Studio Kitchen plant-based restaurant, and elevators lit by his mono-frequency lamps, reducing vision to monochrome and questioning everything you thought you knew about colour (Room for one colour, 1997), Eliasson’s presence is, quite literally, felt throughout Tate.

Late last year, the Danish-Icelandic artist brought giant blocks of ice from a Greenland fjord to Tate Modern’s forecourt where they gradually reduced to puddles of water (Ice Watch). A negative cast of one block features in the exhibition, fittingly titled, The presence of absence pavilion (2019). “Feelings of distance and disconnect hold us back, make us grow numb and passive”, said Eliasson at the time. With Ice Watch, he wanted to, “arouse feelings of proximity, presence and relevance” – the public were invited to touch the ice, listen to it, even smell it. The same drive for sensual and immersive participation underscores Eliasson’s current survey of forty works, almost none of which have been seen in the UK before, but all, in varying degrees, reference natural phenomena and their increasingly threatened survival. 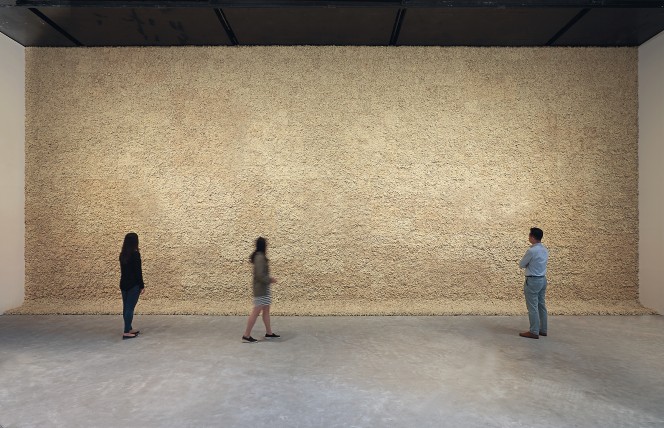 In one of the first rooms, visitors are greeted by Moss wall (1994), a 20 meter long expanse of Scandinavian reindeer moss whose pungent, sound-absorbing fibres are encouraged to be touched. Other early works, shown in the same room, demonstrate the artists’ longstanding interest in weather. Works like Wavemachines (1995) and Regenfenster (Rain window, 1999) see Eliasson engineer weather conditions through technology whose construction remains clearly exposed, allowing viewers to understand its mechanics. Meanwhile his early experiments with our perception of nature reveal a transient and ephemeral delicacy that’s played out in the indoor rainbow spectacle of Beauty (1993), and the propane-fuelled halo of fire in No nights in summer: no days in winter (1994).

One of the exhibition’s highpoint arrives with Din blinde passger (Your blind passenger, 2010) – a 39 meter corridor of dense fog that discombobulates the senses with a changing colour spectrum that never allows your eyes to adjust. Part psychedelic rabbit hole part celestial ascension, this is Eliasson at his finest, recalibrating the perceptual apparatus of orientation, proximity and distance while offering an almost spiritual moment of silent contemplation. Upon entering, the fog is white, visibility is reduced to 1.5m. Inching tentatively forwards, arms outstretched, the white transitions to orange, then red and slowly purple. Colours that are otherwise unnoticed when encountered on a daily basis are suddenly the focus of our senses as you become sensitive to the subtlest change in gradient. 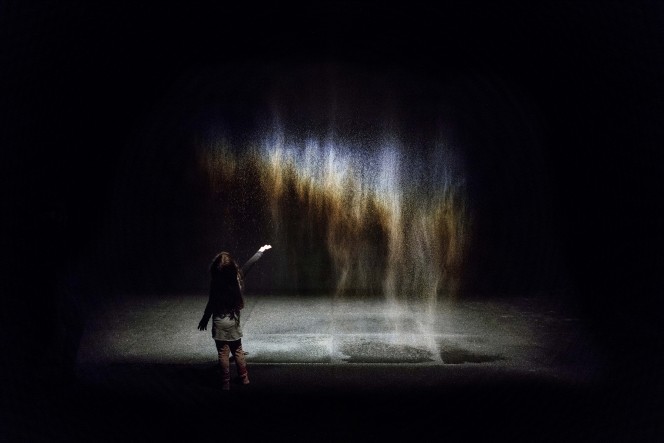 Since childhood, Eliasson’s imagination has been continually nourished by Iceland and its unique geological wonders. He returns to Iceland regularly for inspiration, but also to chart the impact climate change has on its extraordinary landscape. Several photo-series are testament to that, like Melting Ice on Gunnar’s Land (2008) or The Glacier Series (1999). Twenty years on this autumn, the latter are joined by an accompanying series of the same glaciers to map the alarming rate of change.

In Real Life is packed with magic and an almost primeval sense of wonder, but underneath the playfulness, dazzling colour and illusory spectacles there is a serious and urgent appeal to preserve and sustain our natural habitat and to heed the dangers of climate change – before it is too late.