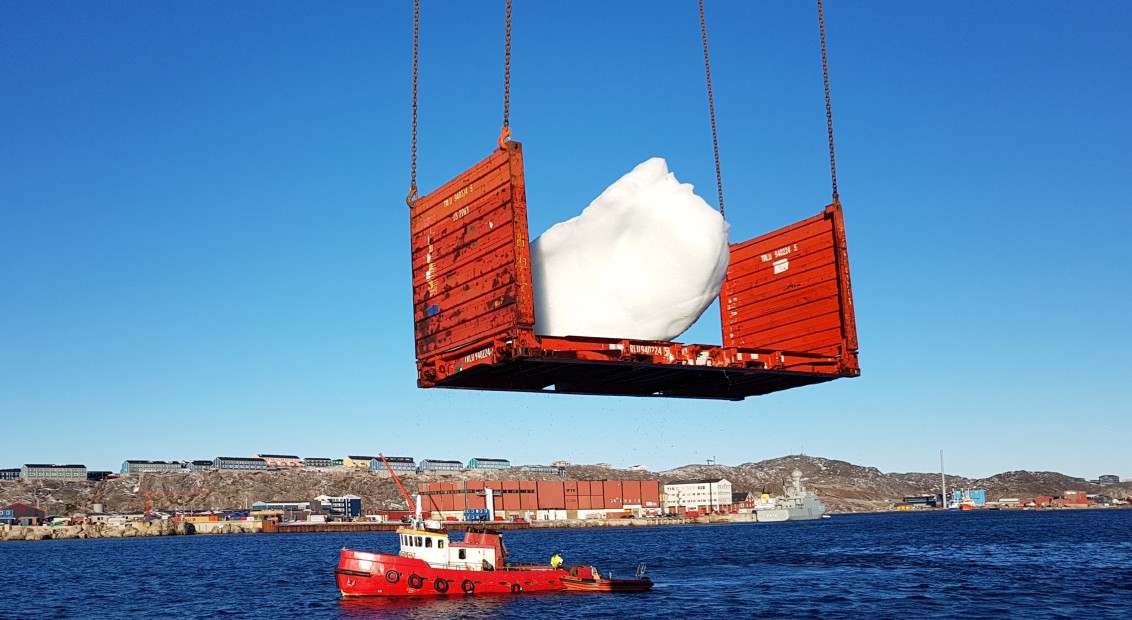 Arriving in London next week Olafur Eliasson’s public installation Ice Watch will coincide with the meeting of world leaders at the COP24 climate change conference in Katowice, Poland. The conference of 24 nations, taking place between 3rd and 14th December, was conceived as a Paris Climate Agreement 2.0, a second shot at climate redemption after Trump withdrew US participation in the original deal upon taking office. Working in collaboration with leading geologist and professor at Copenhagen’s Natural History Museum, Minik Rosing, Eliasson will display hulking chunks of melting ice taken from the waters of the Nuup Kangerlua fjord in Greenland, where they were melting into the ocean after breaking off from the ice sheet. 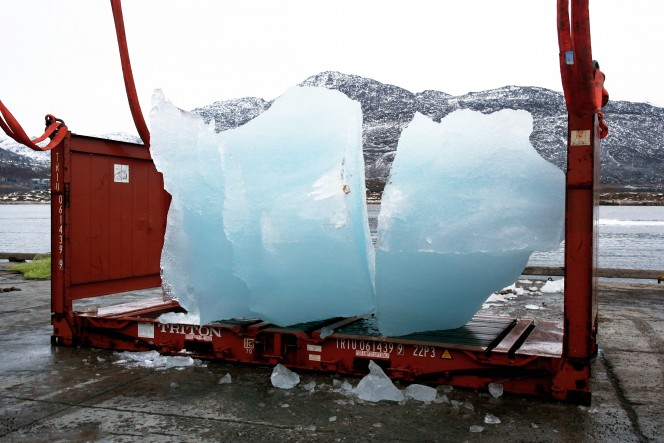 The melting bergs (30 in total) will be displayed across two public sites in the centre of London, 24 on Bankside outside Tate Modern where a huge exhibition of the artist opens in July next year, and the other six outside Bloomberg’s European Headquarters, who helped fund the project. The choice to haul the ice all the way from Greenland is of course hugely symbolic. As the largest island in the world, whose surface is three-quarters covered by the only permanent ice sheet outside of Antarctica, there are few places that will feel the effect of increased temperatures and even fewer that are likely to have such a drastic impact on sea level rise Since 2015, the ice sheets has grown ever more impermanent, melting into the ocean and raising global sea levels by 2.5mm.

“The blocks of glacial ice await your arrival. Put your hand on the ice, listen to it, smell it, look at it – and witness the ecological changes our world is undergoing,” says Eliasson. “Feelings of distance and disconnect hold us back, make us grow numb and passive. I hope that Ice Watch arouses feelings of proximity, presence, and relevance, of narratives that you can identify with and that make us all engage. We must recognise that together we have the power to take individual actions and to push for systemic change. Come touch the Greenland ice sheet and be touched by it. Let’s transform climate knowledge into climate action.”

The temporary works, which capture the urgency of the single greatest threat to human civilisation, will arrive in London on their third global stop, having originally been shown in 2014 outside Copenhagen’s City Hall and then at the Place du Panthéon in Paris the following year.

Depending on weather conditions, Ice Watch is expected to be on view in London until Friday 21 December 2018. For more information visit icewatchlondon.com