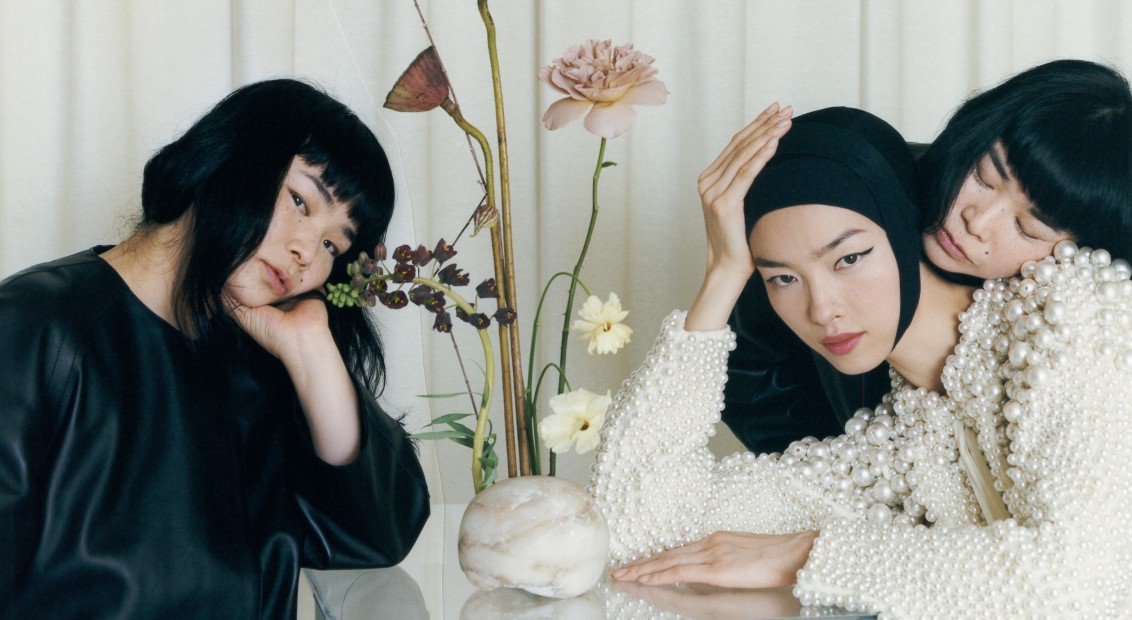 Since taking the helm of Loewe in 2014, Jonathan Anderson has immortalised each of his collections in limited edition hardback form, with art direction by M/M Paris. For FW19, his collection of elegantly refined silhouettes is seen through the irreverent and playful lens of Japanese photographer Fumiko Imano, whose doppelgänger idiom has worked so well for the brand in previous collaborations. 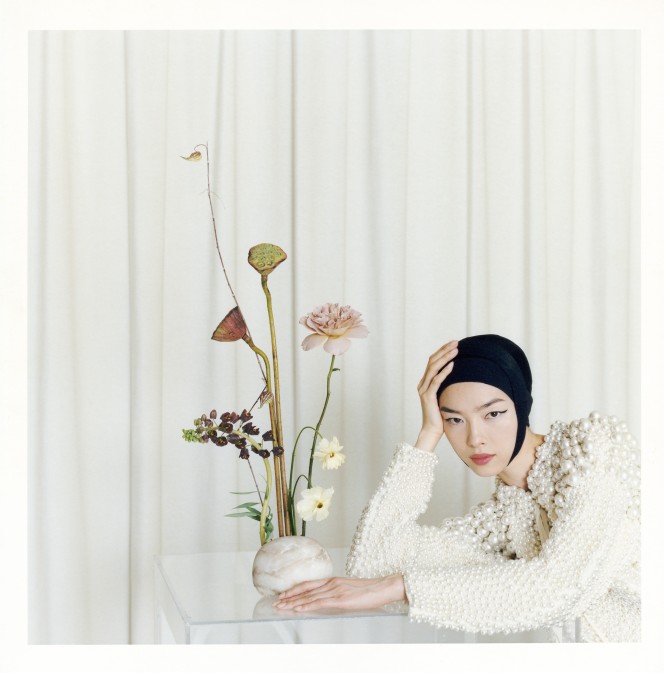 Shot largely in monochrome, the palette and sparse setting echoes that of Loewe’s Fall show, in which models walked across modest black tiles inside an equally un-fussy white box. Here too, the collection is allowed to speak for itself with muted background noise. Chinese super model Fei Fei Sun brings the collection to life alongside a simple, yet continually evolving, flower arrangement (by house florist Amy Humphrey), while Fumiko Imano adopts the dual role of subject and artist, appearing alongside her fictional ‘twin’ in a selection of mischievous poses.

Styled by Benjamin Bruno and shot within the bureaucratic setting of Paris’ Maison de l’UNESCO (where Imano has previously played havoc alongside Liya Kebede and Saskia de Brauw, mock sword fighting with baguettes), the series features a number of key looks from the Fall collection, with plenty of lace, statement outerwear and a flapper-style headpiece. As always, this beautifully produced lookbook-cum-art portfolio is available for purchase as part of a restricted run of 1,200 copies.