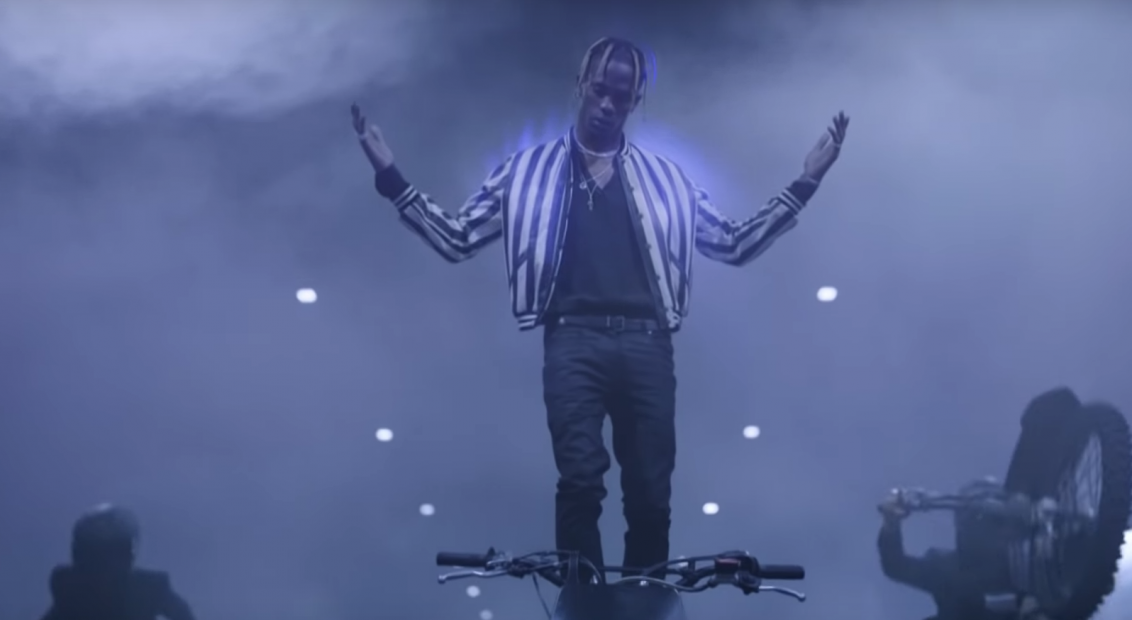 Travis Scott has become a recurring face of Anthony Vaccarello‘s Saint Laurent: he fronted the designer’s debut SS17 campaign, curated a mixtape vinyl for Saint Laurent’s Colette takeover and most recently, danced to Iggy Pop for a SS19 short film by David Sims.

Now, this relationship hits the next level as Saint Laurent release the music video for Scott’s new track Can’t Say, featuring Don Toliver. Directed by Nathalie Canguilhem and produced by Saint Laurent, everyone in the video is kitted out entirely in Saint Laurent by Anthony Vaccarello.

As for the video itself, it’s a trippy watch: there’s Scott and friends cruising on motorbikes (with SL branded helmets, obviously) through burning basketball courts, desert dunes and sci-fi cities; holographic women materialising in the sky; dodgems; Lamborghini drives; horses galloping; and cultish imagery interspersed between it all. Watch the full film below.