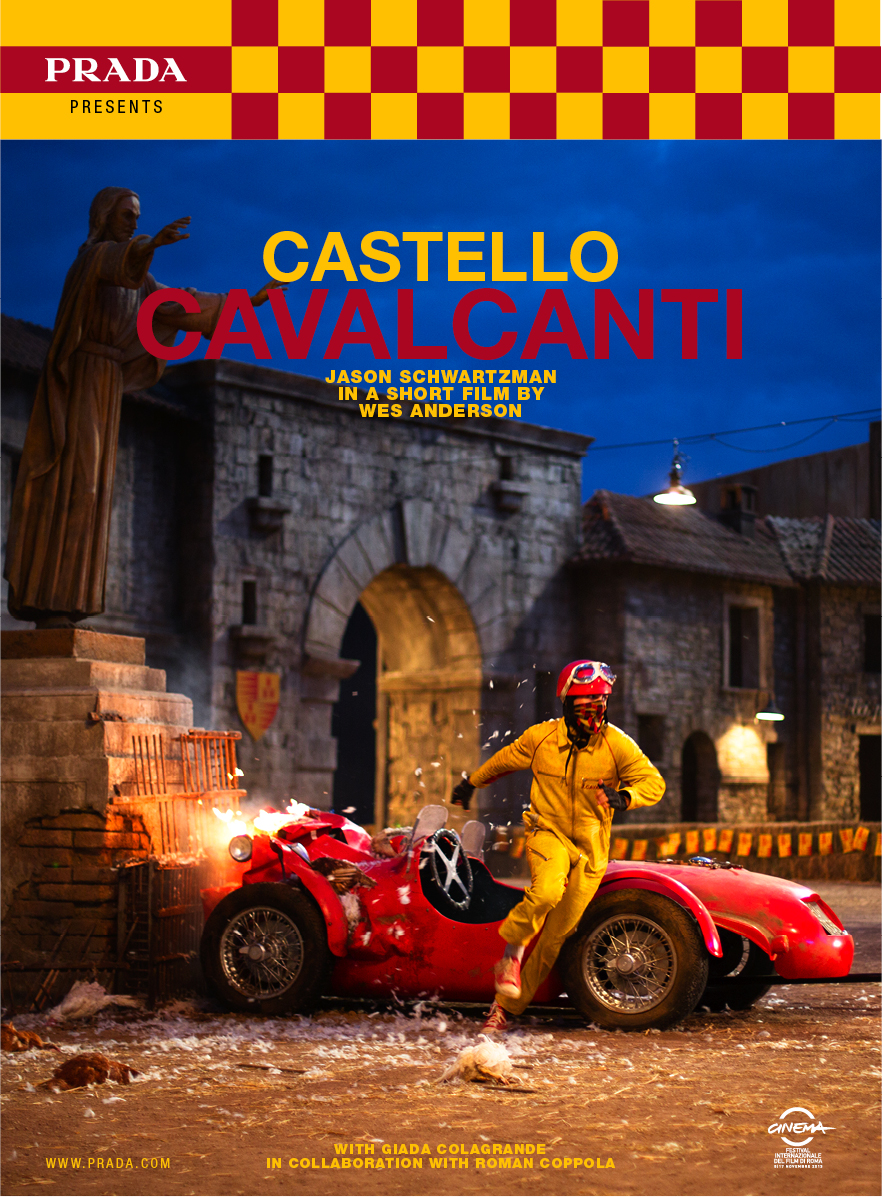 “Prada suits everyone,” according to Roman Polanski’s Prada short A Therapy last year. In the film, Ben Kingsley tried the phrase for size, epically caving to the pull of Helena Bonham-Carter’s fox fur coat.

Now we can enjoy another Miuccia-commissioned movie, Castello Cavalcanti directed by Wes Anderson; the latest project in The Prada Classics series merging the parallel fields of art, architecture and film.

Picture the scene: we’re in an Italian Piazza (actually it’s a set within Cinecittà, a large film studio in Rome that is considered the hub of Italian cinema), it’s September 1955 and Jason Schwartzman has just crashed his racing car into Jesus Christ.

A fabled folk tale on fate and divine circumstance ensues within the confines of this single piazza town; where everyone is distantly related to everyone else, the bus into the city comes but once a month, and lives are speculated over mountains of fresh spaghetti.

This brief glance into the history of Italian cinema through the eyes of Miuccia Prada and Wes Anderson debuts today, November 13th 2013, at the Rome Film Festival.

Check out the trailer above and park your browser at www.prada.com from 17:30 (GMT) to see the whole thing.