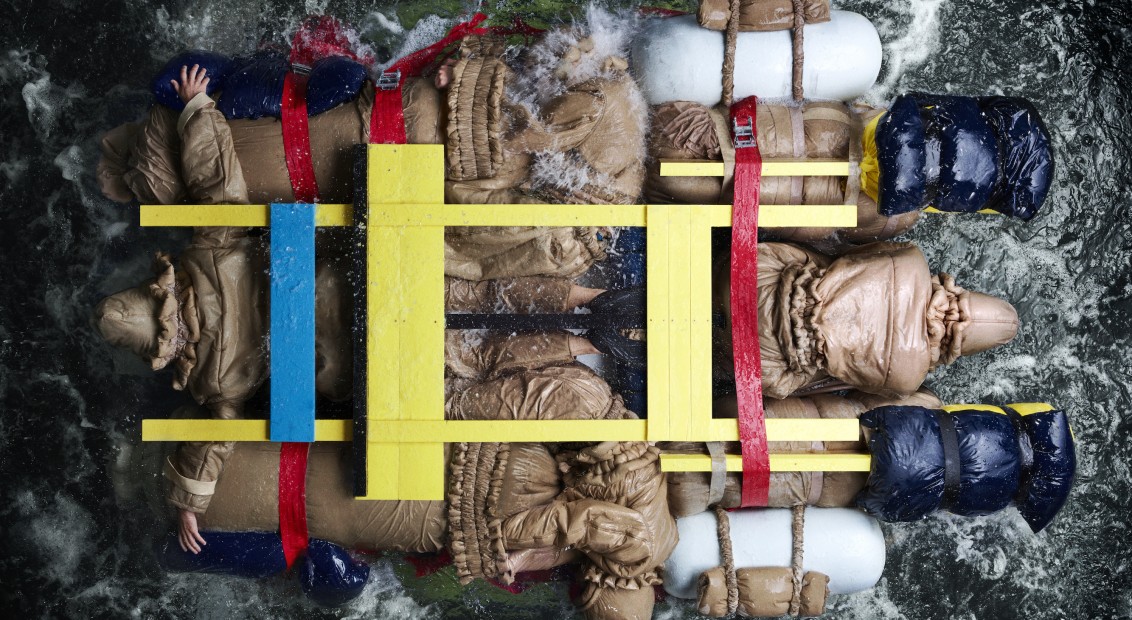 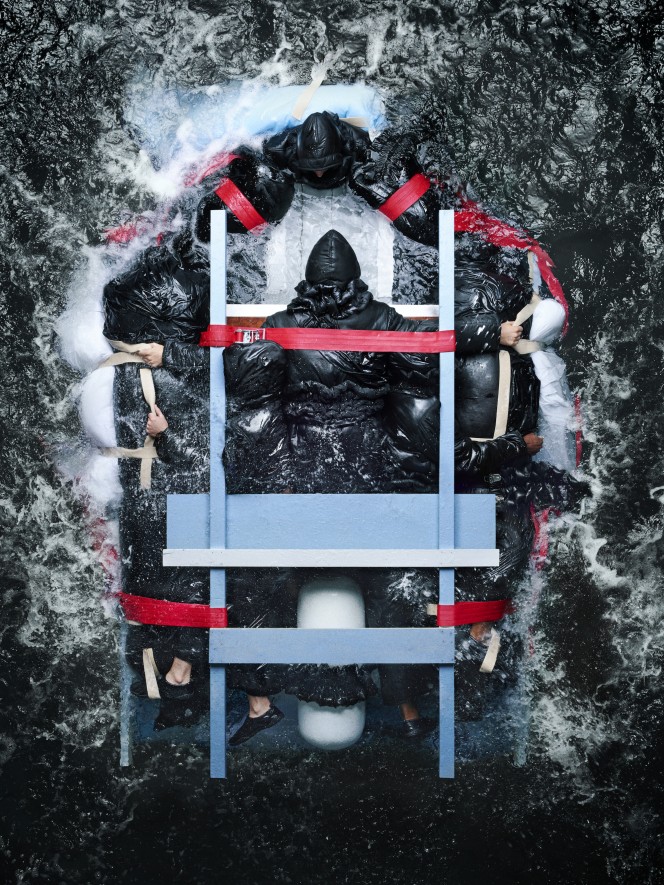 Photographed by Dan Tobin Smith, the images were initially inspired by Leonardo da Vinci’s Vitruvian man, and images of Hindu deities, “whose many arms symbolise a superhuman power”. Here those limbs unite to become symmetrical vehicles, symbolising the power of community.

Translating architectural codes to the human body is a theme woven through Green’s design ethos, whether he’s creating incredible sculptures for models to wear/carry, shifting silhouettes via blankets and ties, or creating epic human sculptures (think back to his SS17 campaign imagery). In this latest campaign, these reference points are realised as a poignant story of travel and community: the whole is greater than the sum of its parts. 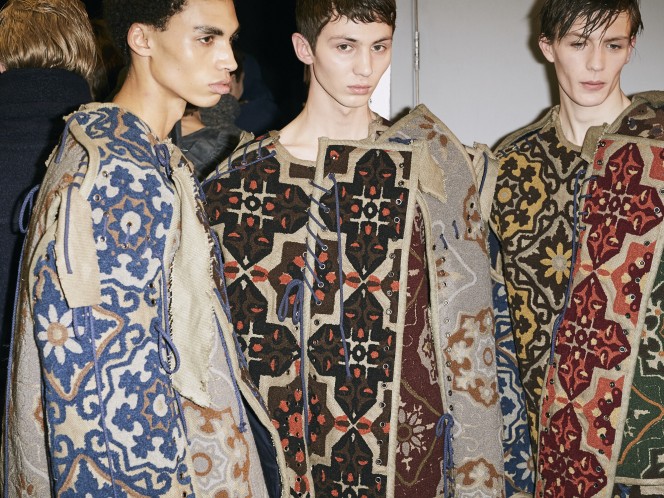 Read our report from the Craig Green FW17 show here.