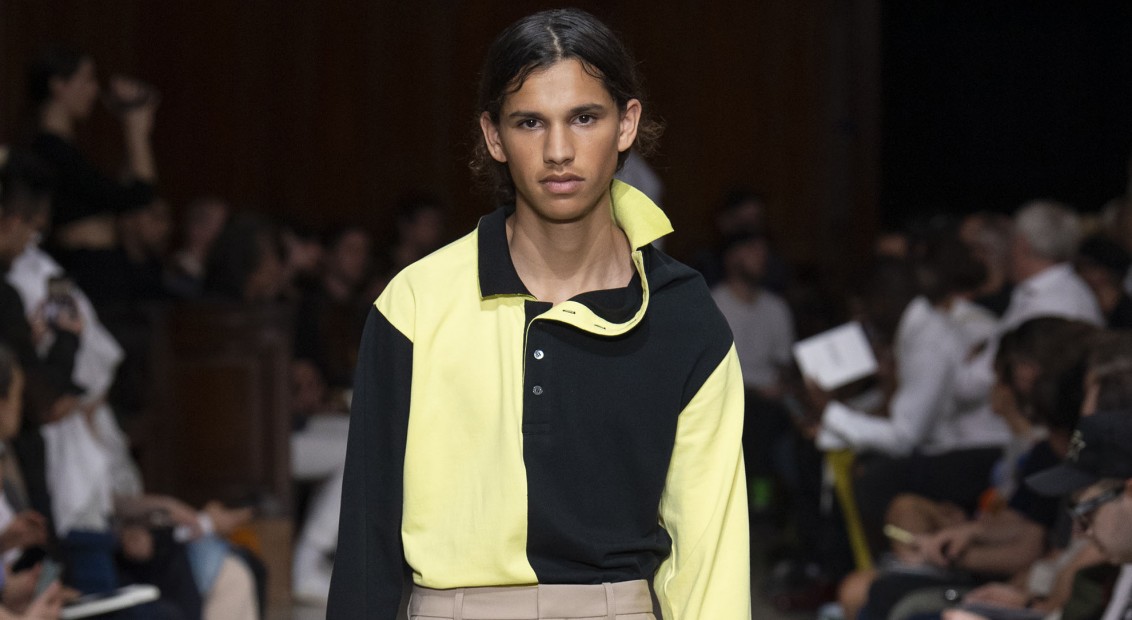 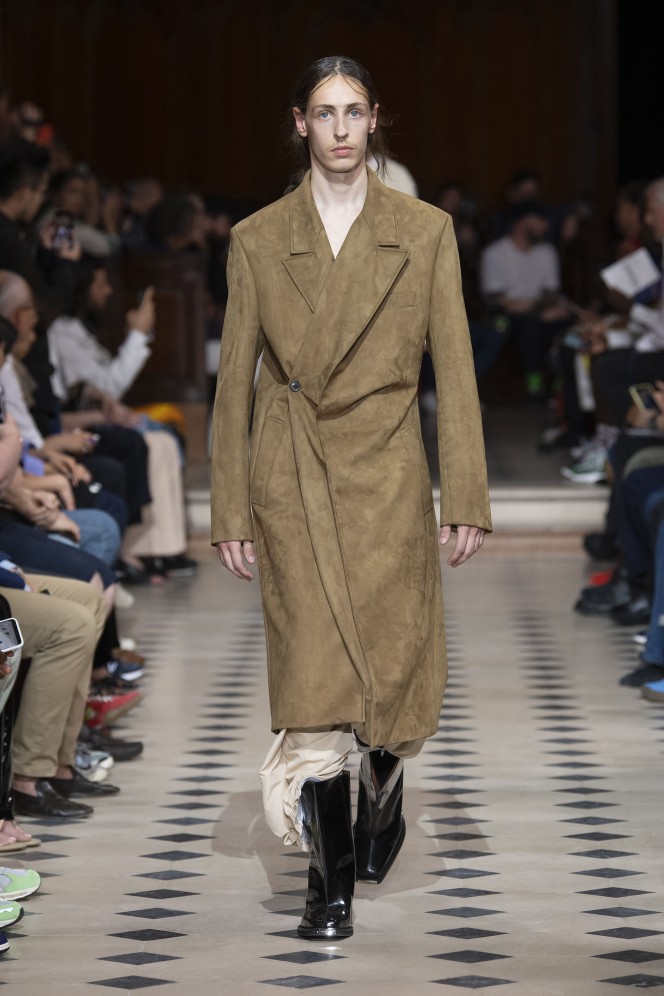 Y/Project’s Glenn Martens is part of the vanguard of experimental designers taking over Paris, or at least the conversations being held at its shows. Serre, Kocher, Jacquemus. They’re placed at odds with old-house couture, but there’s a requisite knowledge of its techniques to be able to successfully unravel them. Indeed, Belgian designer Martens originally moved to Paris for a role under Jean-Paul Gaultier.

His latest collection for Y/Project ties into this idea, focusing primarily on traditionally elegant formal wear and twisting it into unusual contortions and contexts. Men in squashed Oblique jackets carrying Grace Kelly-esque totes. Martens says his team’s process begins with a novel fabrication technique, spiralling outward from there. Traces of their thoughts and hands stay on the finished look. A torrent of fabric gathered and overspilling the borders of the human frame, evocative, strange, and ugly in a rather beautiful way.