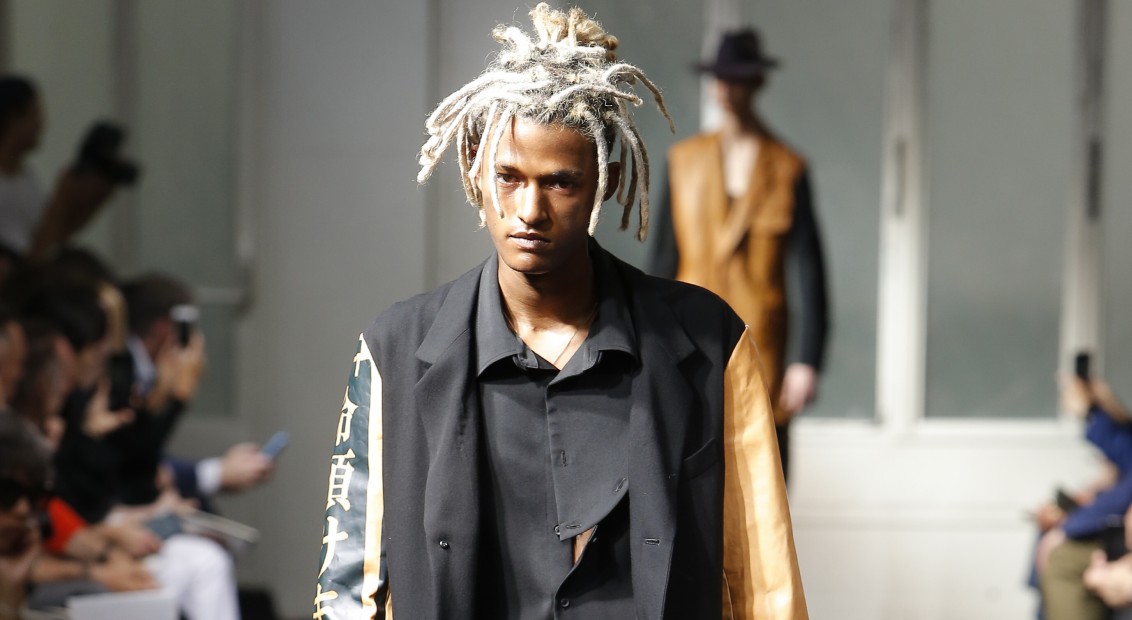 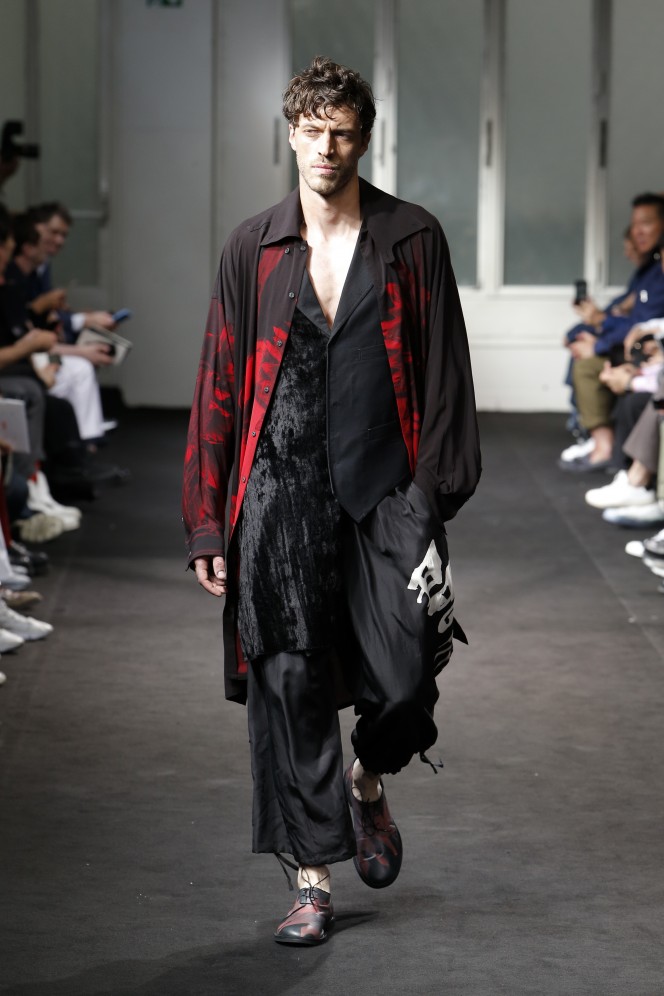 There’s an age-old belief that the fashion world is obsessed with black – and Yohji Yamamoto is one designer that gives truth to this statement. A staple colour that allows for emphasis to be placed on form, he has routinely made use of the hue for his eponymous label. For SS19, he centred his collection around black once more – but this time around, he introduced bursts of colour to signify a stark shift in his creative process.

Ensconced in billowing fabrics with their faces hidden behind trilby hats and baseball caps, his models took to the runway in designs that went far beyond the realms of traditional tailoring. Longline jackets with double-layered lapels were covered in open zips, made to look as if they had been slashed to pieces. Blazers featured contrasting sleeves – the words “Yohji is Fresh” appeared at the crook of elbows, while enlarged Japanese calligraphy trailed down arms.

Motifs inspired by the designer’s home country were omnipresent. Japanese scrolls or Kakejiku were printed onto wide-leg trousers, while Geishas reclined across shirt fronts – made to look as if they were peering out from behind coats with mystic, alluring expressions on their faces. Yamamoto also made use of animal skins: a pair of trousers comprised of different hide prints merged together gave the illusion of texture. Clearly, black still forms the basis of the designer’s vision, but vibrant colour is proving to be the tool Yamamoto needs to push the visual limits of his abstract aesthetic even further.