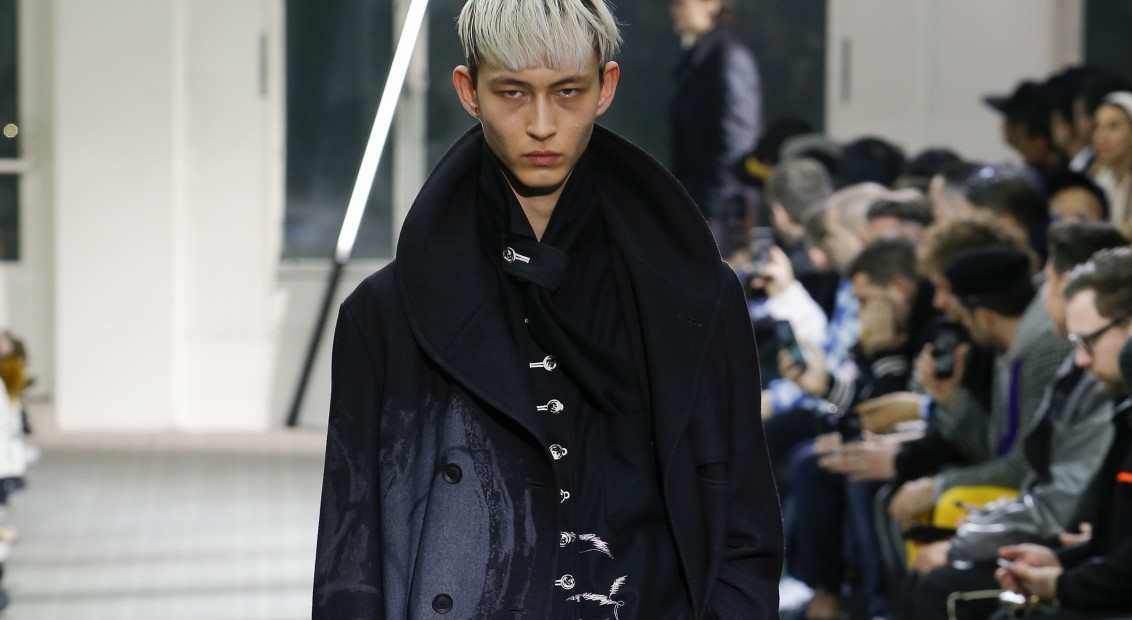 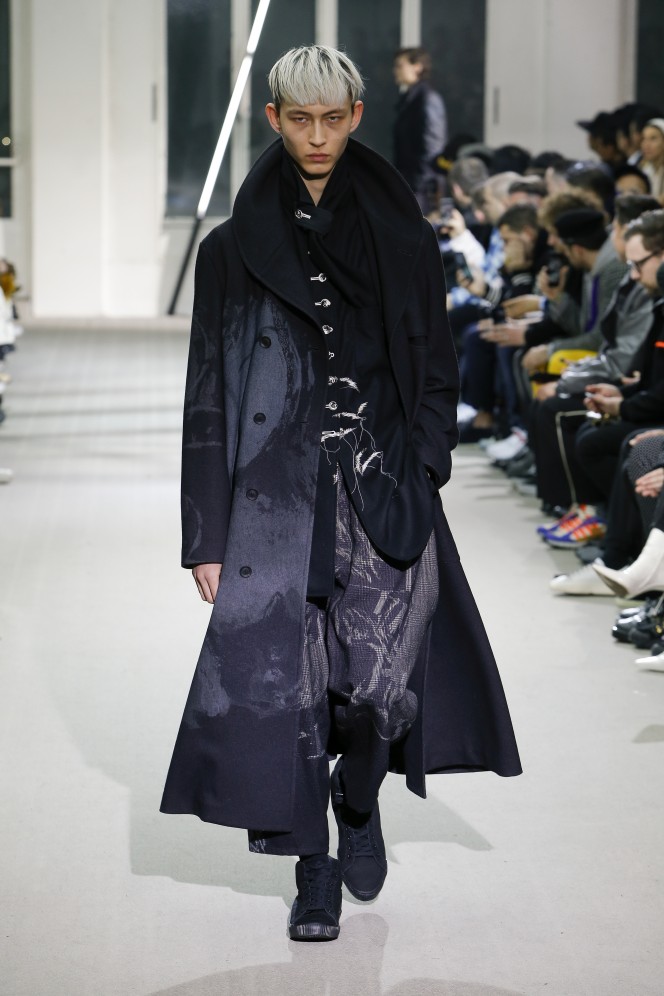 Yohji Yamamoto again demonstrated an eye for detailed and nuanced layering, hence highlighting why black will always be in style.

Rebels with a cause, Yamamoto’s army of Romantic suitors walked the runaway in finely crafted military motivated ensembles; fashioned with berets and a slew of gold buttons and medallions; while frayed stitching across garments gave a distressed, deconstructed character to an otherwise composed collection. Everything amplified, it’s no surprise that even the buttons posed images of scorpions, lions, eagles, and skulls; the strength of tailoring such as this being the perfect structure for the ornamental details Yamamoto boasts.

The silhouettes of animals and women were abstractly strewn on the edges and corners of outerwear, and while layering was still prominent, it was less cumbersome compared to previous seasons – again asserting a utilitarian concept. Duffle closures were left ‘unfinished’, all tousled ends in discord and harmony with shirts and trousers reflecting straight lines; sleek, yet ultimately comfortable. Yamamoto’s body of work is always a master class in looking effortless, and his FW19 capsule is the epitome of poised, practical, but still playful.