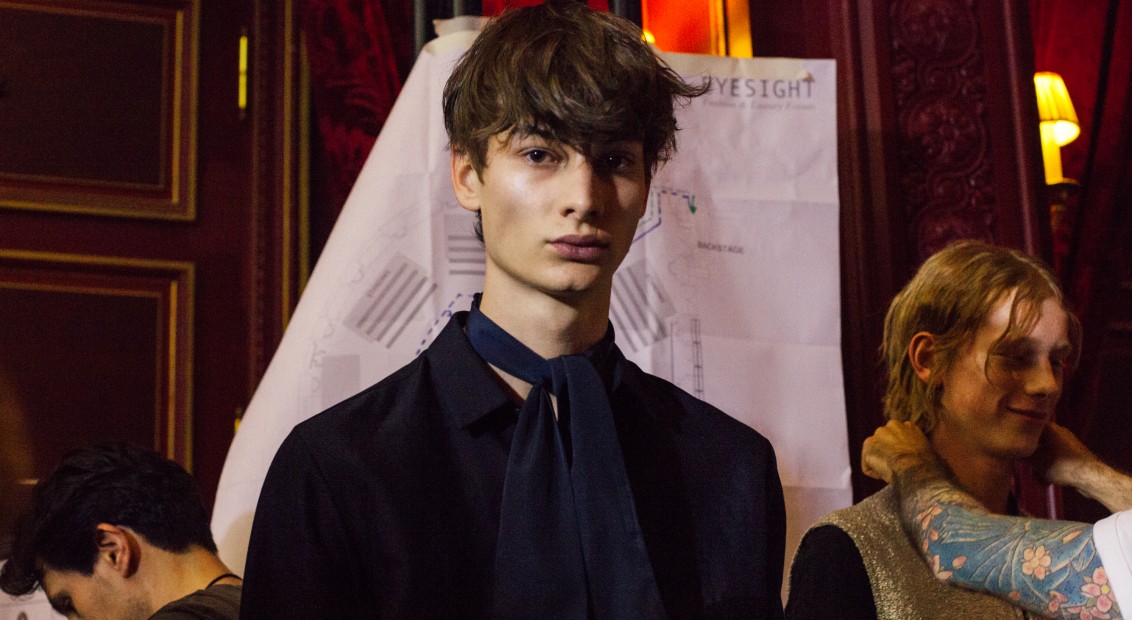 Detailing in Wooyoungmi’s FW15 collection was pared-back, relying on the strength of conventional silhouettes. This season they were worked-in, details became smaller and more abundant and fabrics had a contemporary character, creating an overriding air of meticulous design and the carefully considered.

His focus was set in the future – this fantasy of a spaced-out, futuristic society. That shone through clearly: ghostly – and sometimes, translucent – whites created a tone of innocence and purity, but one footed in the future. (There was also a make-shift moon in the centre of the runway, which solidified his concept further.) An exacted concept, but one that produced conscientious, creative thought, with smaller facets like seams of pockets and shoulders peering through, turning what was a by-product of construction into delicate detailing.

The stone-like palette – with the odd khaki-green thrown in – helped underline Wooyoungmi’s choice of fabrics (some were crinkled, with their grooves accentuated by the dusty greys). And this galactic notion helped to energise the traditional dimensions of the collection, like the tailoring, generating looks that were proper set for a subsequent time. 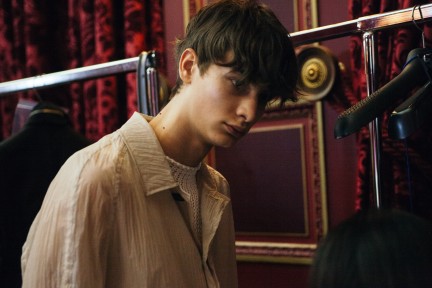