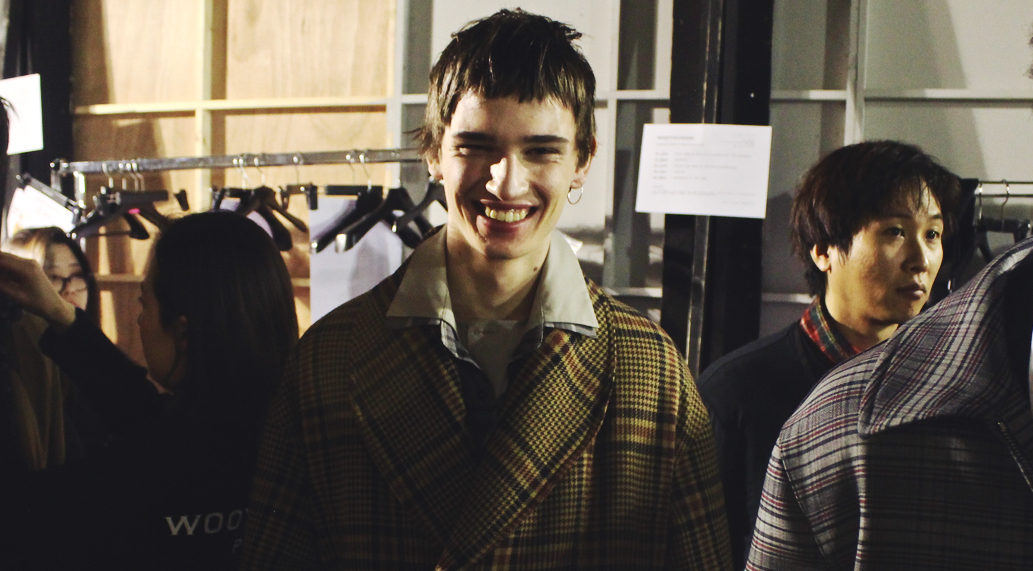 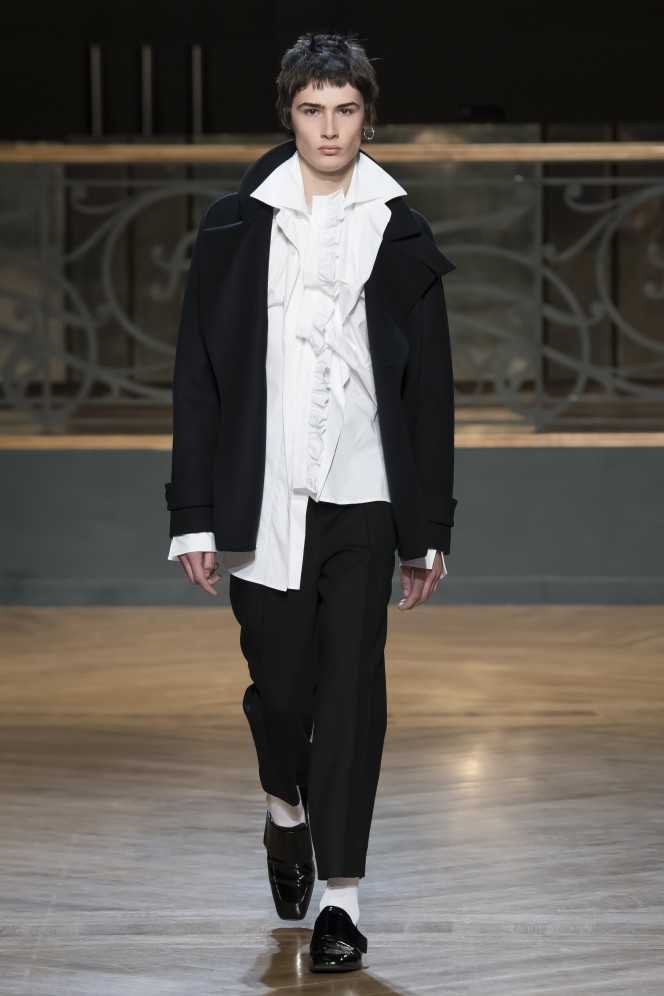 Oscar Wilde’s mantra, “art for art’s sake”, is an ideology well understood by mother and daughter design team Woo Young Mi and Katie Chung. With their belief that fashion serves to create joy and escapism, the South Korean duo realised a FW17 collection inspired by Wilde, the Bloomsbury Set, and its creative successors.

Think Gatsby and the poetic dandies whose life philosophies line pages of literature from the 19th and 20th centuries. Defined by being refined, men’s clothing was understated in its composition and styling, letting impeccable tailoring and attention to detail do the talking. It was likes of Wilde –  a member of the intellectual movements of the late 19th and early 20th century – that pushed things further, into a more bohemian, eccentric territory.

Honouring the era’s three-piece rule, layering was essential, although Wooyoungmi’s interpretation took a less formal approach. Romanticism  was abundant in oversized white shirts with exaggerated ruffled yoke trimmings, carefully pleated. Flared sleeves were reminiscent of the Victorian era, given a contemporary spin when paired with hoodies and slouchy, patterned knitwear. That balance of historic and street influences worked well: heritage-checked overcoats were like something out of a John Hughes film, and velvet double-breasted trenches with strong shoulders looked to the stylings of the Teddy Boy.

An interest in travel and architecture have shaped Woo’s output at the brand. It was here in the focus on comfort, particularly in trousers cropped above the ankle, and the wide-leg lounge fit – worn with loafers. And, of course, texture and colour took centre stage in the designers’ reimagining of a wardrobe for the wordsmith. Chenille, soft-check corduroy and wool dominated, with bomber jackets padded and lined from unfinished upholstery, all in rich autumnal hues. Such touches conjured a charming man from an historic sense of style, never straying from its basic principle, but here reinvented anew. 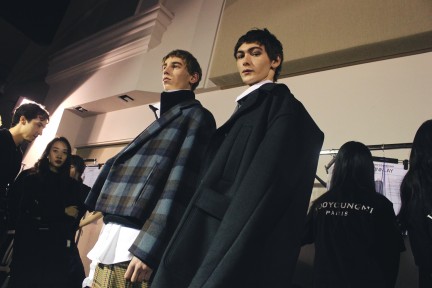