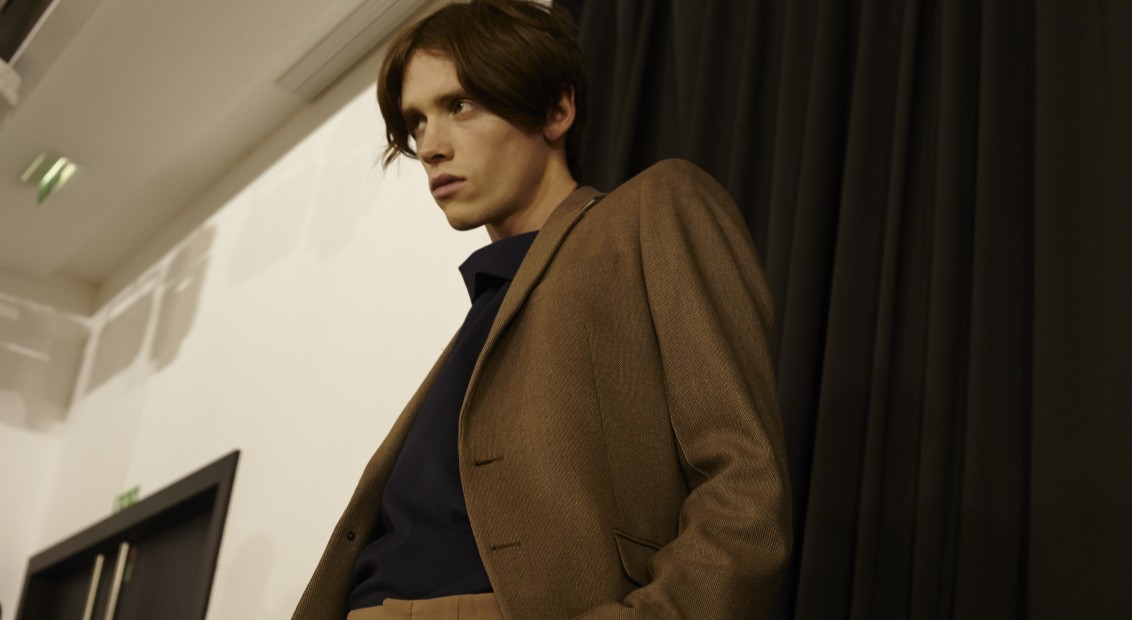 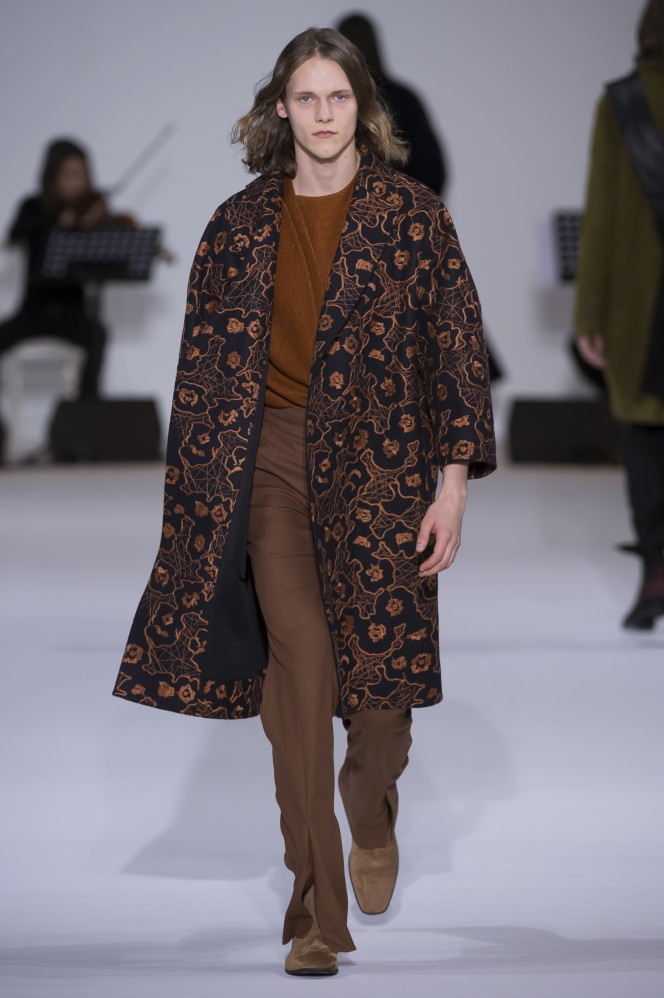 The mother-daughter creative partnership of Woo Youngmi and Katie Chung has brought dynamism and artistic contrast to the brand since Chung’s appointment as co-creative director in 2014.

The South Korean pair brought a fusion of faint and flushed colour to Paris, in predominantly felt fabrication, for their FW16 collection. Drawing inspiration from personal gardens, and the natural world that surrounds them, their autumnal palette spanned orange and red hues through to blues and purples, and the designers’ signature clean looks were flourished florally with control.

Overcoats appeared draped with folded collars in mossy green, whilst an eggplant-brushed mac was flowered in white, plum and indigo. The pair’s desire to mingle softer and more intense colours became evident in the display of a knee-length, fiery cinnamon trench coat that had been unbuttoned to reveal a more faded lavender scarf. The collection chimed of nonchalance. Contrast also came in silhouettes; flared trousers and extended, roomy cuffs were juxtaposed by slimmer sleeves and tailored waists on coats and suit jackets. The retro vibe radiated by the flares was echoed in a soft, sandy yellow knit, zip-necked, wide-sleeved and tucked into trousers that resembled bursts of green light on an oil spill. Formalwear followed the form of disparity in an oat-kissed suit jacket, slim-fitting, paired with a more vibrant top in admiral blue.

Conceptualised using David Hockney’s quote, “if you want to replenish your visual thinking, you have to return to nature”, Youngmi and Chung managed to merge their tastes and inspirations to tremendous effect, creating a garden of ethereal elegance, and proving that clothes do not need to be flamboyant to have flair. 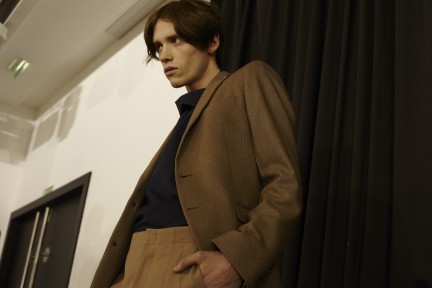