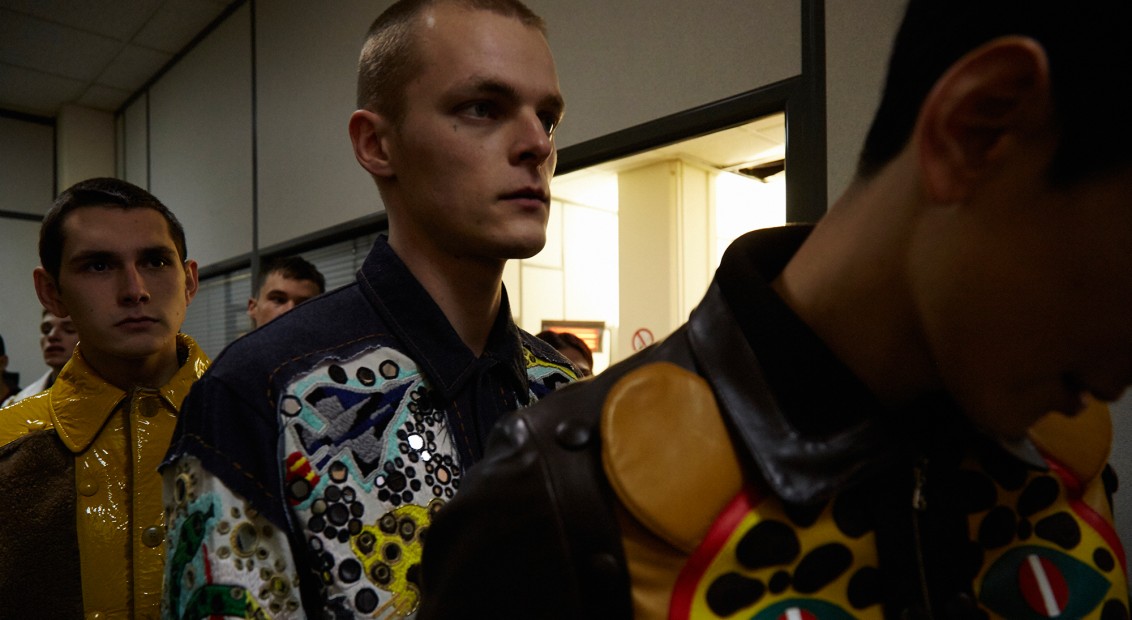 Like Prada, Beirendonck brought a bit of sailor to the table. Sailor trousers were worn throughout, but in an array of prints: leopard, tartan and a (lollipop-like?) pattern that was repeated several times in an emerald and aquamarine and a blood red and salmon pink. Beirondonck’s creative peculiarity is well-known. Reticence isn’t even feasible with his work. Imagination takes over and that’s bloody good; what’s better is when someone gets political.

Denim jumpsuits were panelled on the bodice with embroidered embellishments showing jets in mid-flight, serrated saws and people riding leopards (yes, really). One jumper had the front cut out and replaced with a transparent plastic with a piece of fabric stuck on the front: “WOEST,” it said at the top, and underneath that it read “stop terrorising our world – Walter.” Vague, but, if you took a good stab at what it was referring to then Syria would be a good bet. Western and Russian intervention has allowed indiscriminate air attacks killing 100,000s of civilians.

Repeating, geometric patterns towards the end looked a tad Aztec, too – who were known for their indiscriminate violence of human sacrifice. Could that be the common link? Either way: it gets those brain cells workin’. 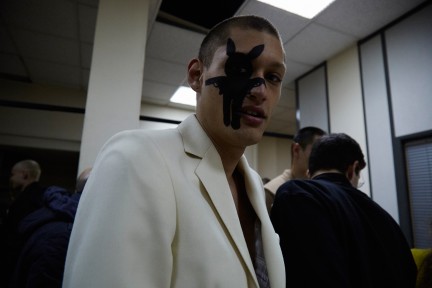