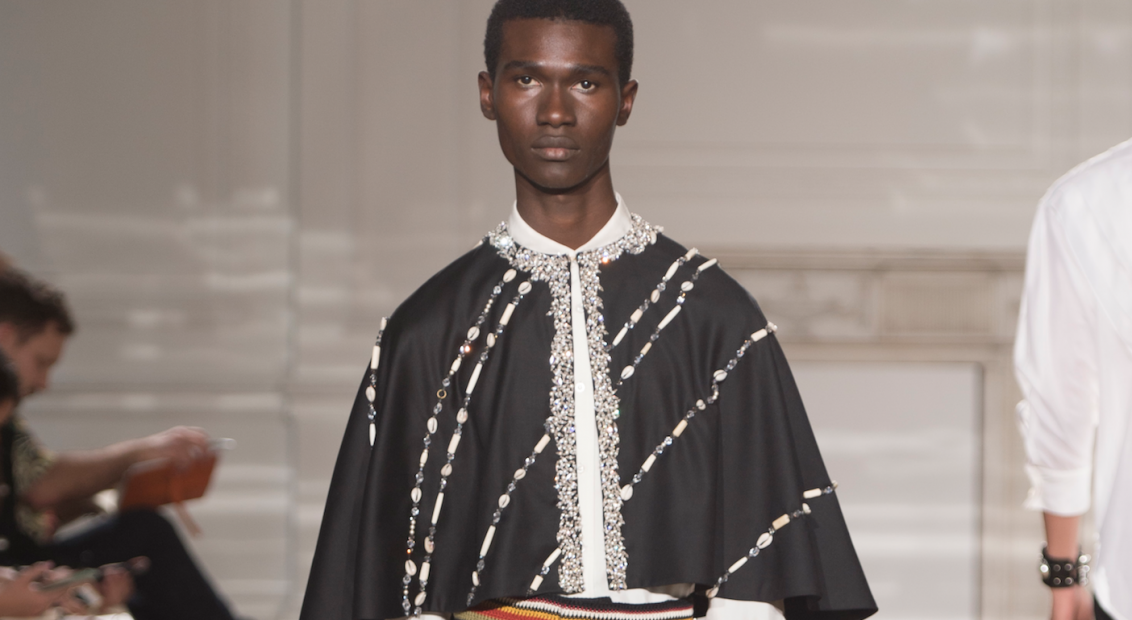 crowning of the Emperor 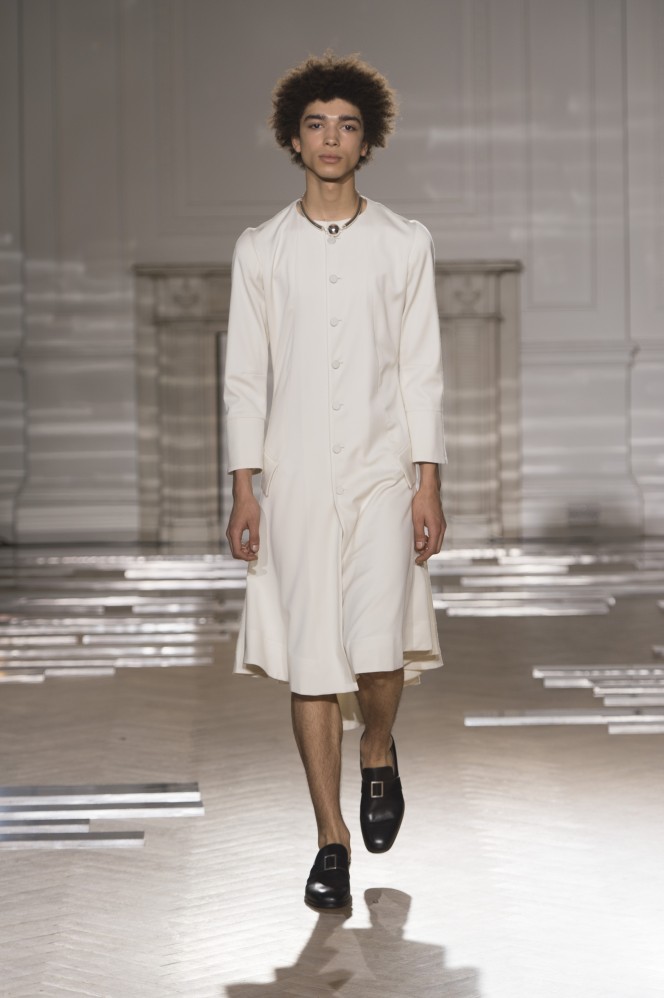 There was an elevated air at Grace Wales Bonner’s show yesterday, for more reasons than the fact it took place around the corner from the Queen’s digs. For her first solo show on the LC:M schedule, the young designer presented a polished, tailoring-framed collection that firmly locked down her position at the vanguard of British menswear.

For her fourth collection since graduating Central Saint Martins, Wales Bonner stepped out of the group environment previously afforded to her by Fashion East, inviting her audience to a grand old Westminster townhouse. Looking out over the green of Buckingham Palace gardens you got the feeling that you were in for something special.

Titled ‘Ezekiel’, her SS17 collection was inspired by the 1930 crowning of the Emperor of Ethiopia, direct from the lineage of King Solomon. The show notes read: ‘the prophecies speak of the return of a black saviour’, and in their starkly contrasting restriction and release, the clothes envisioned the communion of the Caribbean and East Africa that was symbolised in Hailie Selaisse’s return. Wales Bonner is queen of storytelling and she excelled again: European classical dress influences with a new world aesthetic, the Caribbean’s rapidly shifting culture via the suggestion of richening nightlife (a fetish-like black coat, glints of silver jewellery and studs), low church morality (rigidly pleated kilts and restricting mohair suits). And the romance of a new society – flowing silk shirts, hand stitched biker pants, crystal palm tree details. One look saw a model’s face completed covered with a veil of those crystals, poetry for a future-tilted vision.

Wales Bonner is the daughter of an English mother and Jamaican father, and her design signature sees her mine her own cultural heritage. In crafting clothes that explore black sexuality and masculine identity, she has carved an undeniably unique aesthetic. But what really stood out in this week’s show was the polish with which she took her vision to the next level.

It more than justified the industry hype. Here’s a recap: Bonner took home the Emerging Menswear Designer at the British Fashion Awards last year and is now shortlisted for the LVMH prize, a trophy which could see the kind of cash injected that can really set a fledgling brand in flight. In addition to that, Wales Bonner has had her work exhibited in the Serpentine Gallery and at the V&A. Oh, and she’s only 25. What all this signifies is a designer with an exciting future ahead. Put in the context of Sunday’s show, it’s clear Wales Bonner is poised for true greatness.