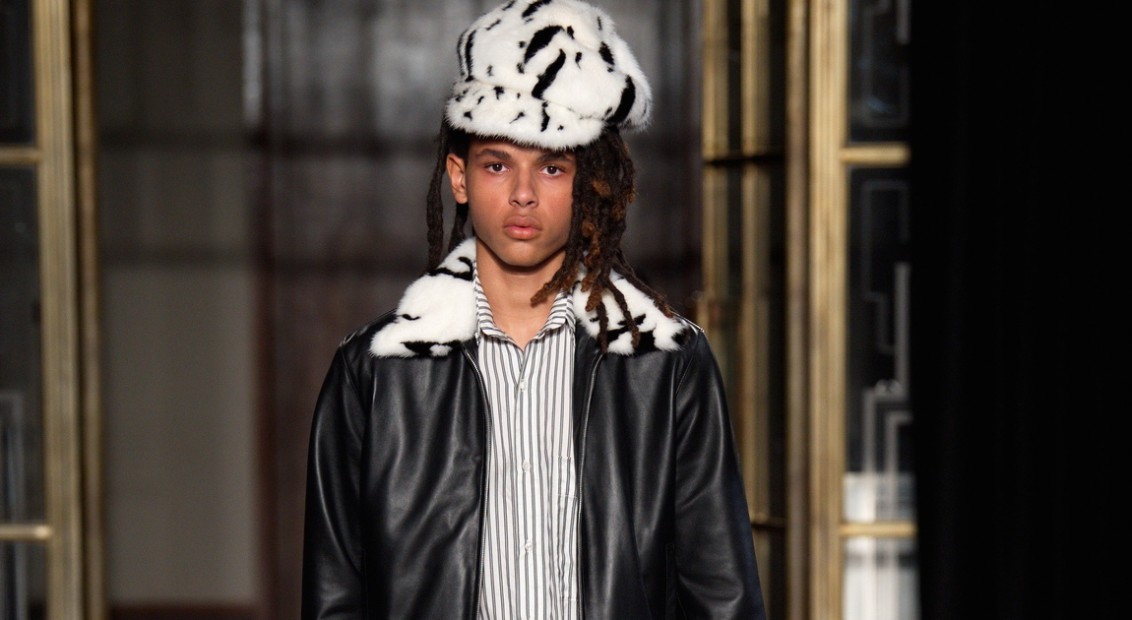 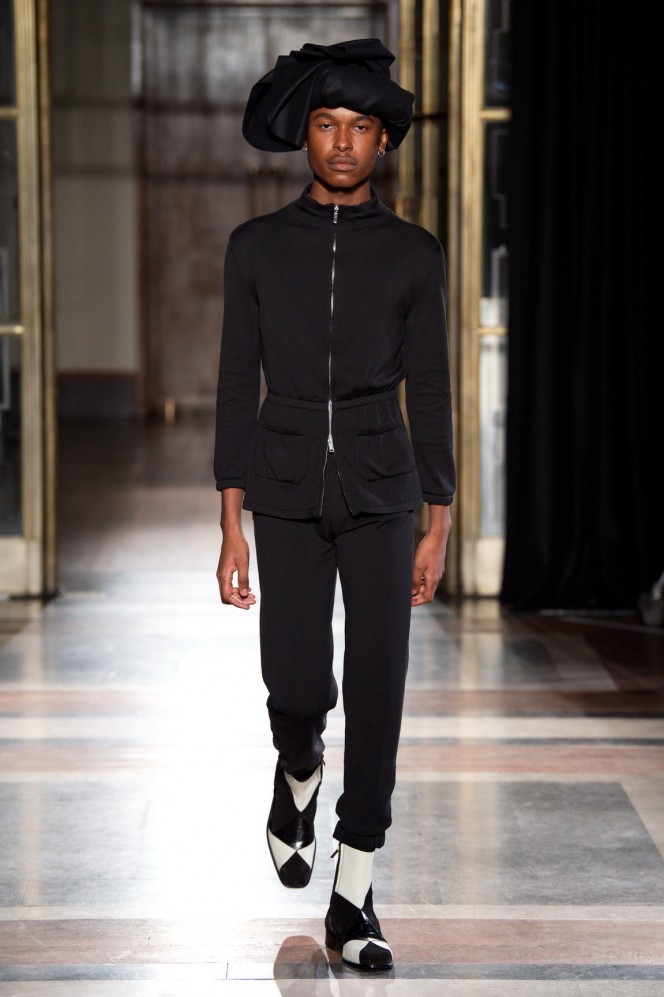 Grace Wales Bonner presented her FW17 collection yesterday in a celebration of the interplay between cultures and all the spaces in-between. The South London-hailing Central Saint Martins graduate has quickly become known as a breakout star, having last year taken out the LVMH prize, unapologetically exploring her own terrain as a champion of her heritage.

Last season Bonner riffed on the idea of history, representation, and artists who had negotiated different their realities, as she drew inspiration from the communion of the Caribbean and East Africa. For FW17 – the designer’s second solo show – she turned her gaze to the cultural symbiosis that informs her half-English, half-Jamaican identity. Envisioning West Indian arrivals to UK streets, the designer celebrated the richness that generation added to the country she calls home.

Placing guests in a circle around towering Notting Hill Carnival sound systems, the London designer transformed the Royal Institute of British Architects into London’s bustling streets as models urgently brushed past each other. Titled Spirituals II, the show was split into chapters, soundtracked by experimental musician Elysia Crampton and the soulful South London-born Sampha.

A procession of Byzantines clad in artisan harlequin leathers, twisted fabric headwear (a collaboration with Stephen Jones) and one particularly special sequinned velvet look opened the show before Wales Bonner introduced us to her pristine, all-white ‘New Spirituals.’ These religious street preachers slowed the pace, walking with strong postures – reflective in the controlled strength of their flowing robes.

“The show is built up around quite distinctive characters so its starts with these very renaissance effeminate guys and then spiritual figures all in white, then dancehall inspired 1970s Jamaican characters,” said Wales Bonner.

Collaboration is something Wales Bonner does beautifully, often incorporating music and words to create a several-dimensional world around her collections.  “Take shelter under my tongue, I’ll tell you what I hear, I’m everything you want to be and all that you fear,” read the show’s accompanying poetry by Lynette Yiadom-Boakye – who was present at the show. For the finale, models held their hands over their hearts, a salute to diversity and spirituality.