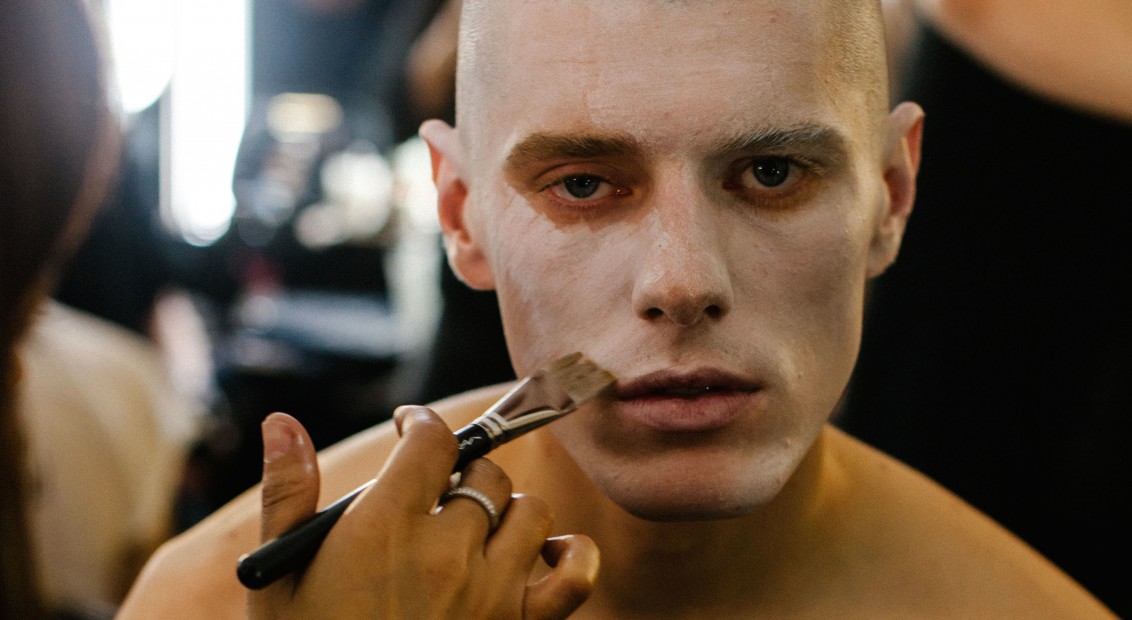 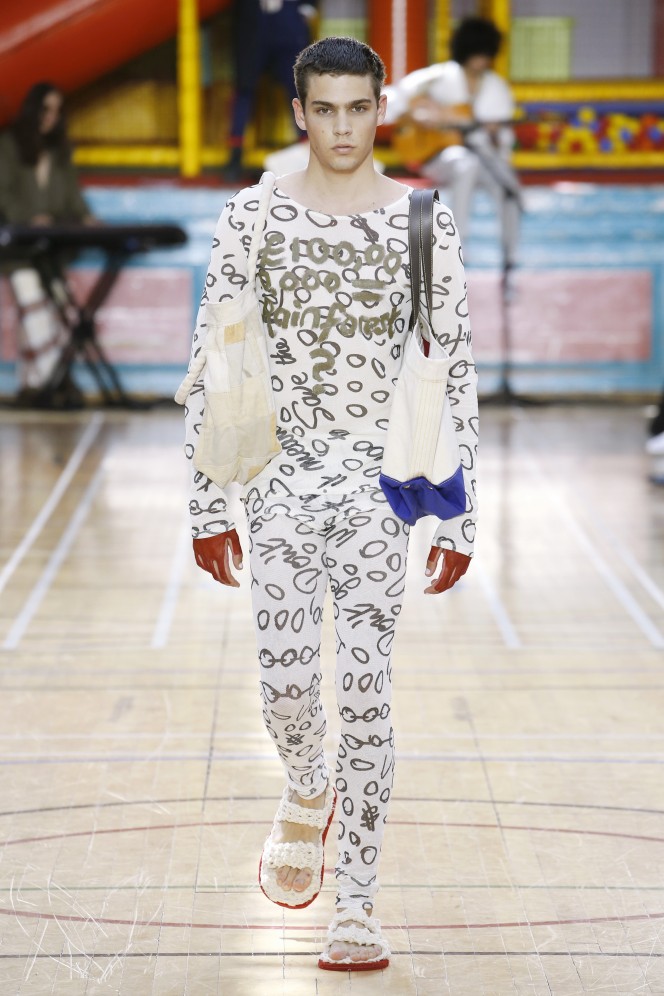 Yesterday, queen of punk and the avant garde (this is the woman who pioneered bondage trousers, after all) Vivienne Westwood presented her second consecutive collection in London during LFWM. January saw the brand’s first show in the capital after a ten-year hiatus, a homecoming after presenting in Milan.

In what was one of the most anticipated (and crowded) events of the London schedule the men’s and womenswear, Westwood’s show – titled ‘We are Motherfuckers’ – took place at Seymour Leisure Centre in Marylebone. The background set? A colourful kids playground. A pack of playing cards was the inspiration for the season, but instead of the standard clubs, diamonds, hearts and spades Westwood put her own spin on these, reworking them instead with symbols of ‘Love, Free World and IOU’ (the Heart), ‘Greed, Rot$ Propoaganda’ (the Diamond), War (the Club), and ‘Giants like Shell and Mosanto who rape the Earth’ (the Spade). These symbols featured throughout the collection via prints on clothing and scribbled make up on models, reinforcing the designer’s mantra, “Buy less, choose well, make it last” – her stance on environmental issues and sustainable fashion. Though the show featured more than 70 looks (including those worn by the circus performers who danced and cartwheeled the runway), one of the simplest looks was a standout: an oversized patterned men’s button down shirt, paired with equally voluminous jeans. Hints of Westwood’s signature tartan and exaggerated lapels also made appearances.

The soundtrack consisted of guitar and piano duo Levent and Taylor and UK rapper Mic Righteous, who realised a spoken word commentary on the state of the world (including the line, “The future is with Corbyn!”), set to the careening beat of gypsy jazz. Totally, perfectly mad. Models walked down the runway accompanied by a troop of artistic dancers and circus performers, elevating the show into performance art territory. Closing it out was Westwood herself emerging hoisted on top of the shoulders of one of the dancers. Now that’s a bow. 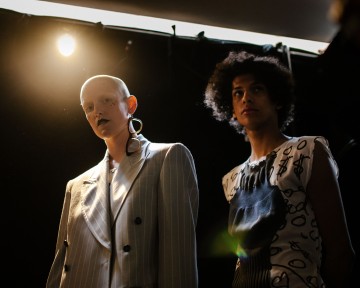