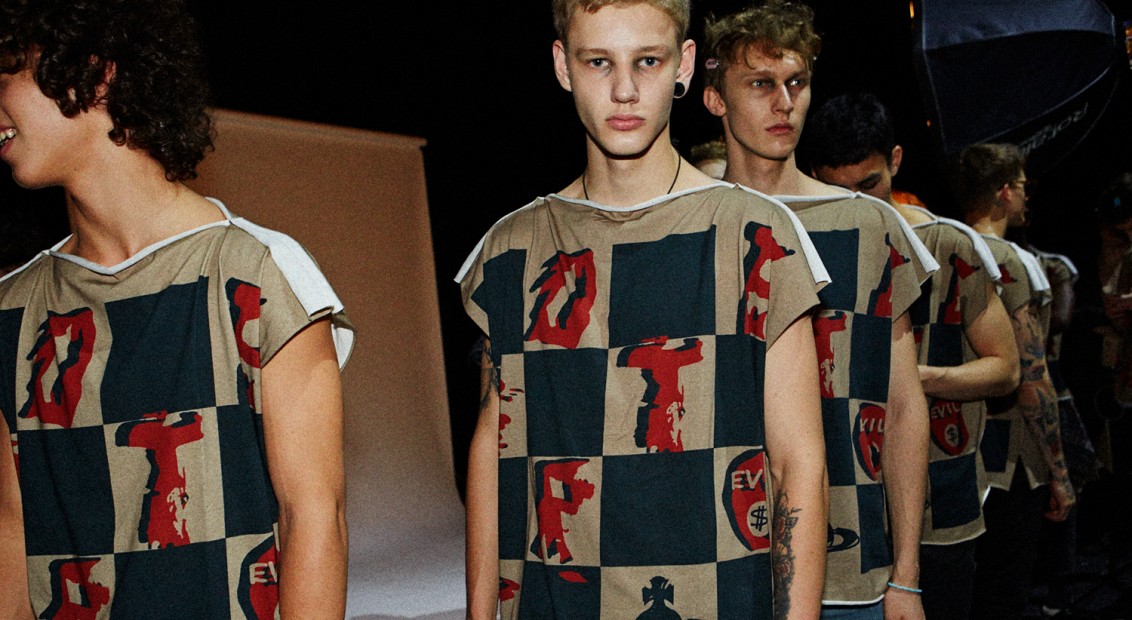 Vivienne Westwood has always had a knack for tapping into a moment. Just this weekend, thousands marched against austerity cuts in London. The slogans found throughout her SS16 collection matched those on the protester’s placards: ‘politicians criminals campaign,’ they read, handed out  also to the audience on badges. “Politicians are criminals. Just keep saying it until it becomes automatic,” Westwood said.

Case in political point here, climate change. “The mass extinction of life forms of our planet – including us,’ in the Dame’s words. The idea of extinction seemed to run through the collection. This was post-apocalyptic clothing: loose-knit tunics, tied at the waist, or thrown together outfits, with clashing prints. Undone double-breasted suits with amplified proportions poked fun at the banker, another one of Westwood’s keen targets.

Whilst the clothing was emblazoned with a political message, it was driven by Westwood’s sense of irony. Boys walked the catwalk in just skimpy swimwear and crop tops, their wrists emblazoned with bracelets that read ‘sex.’ There was even a ‘boob bag,’ worn by Breaking Bad’s RJ Mitte, typical of Westwood’s playful take on gender.

“Fight to win!” Westwood said. This was clothing as manifesto, with Westwood the message has never been clearer – or more exhilarating. 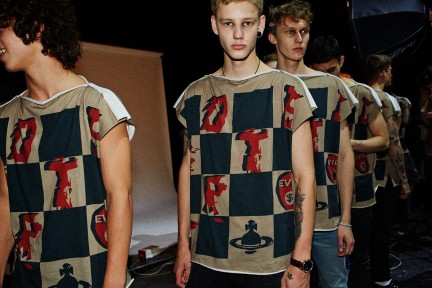