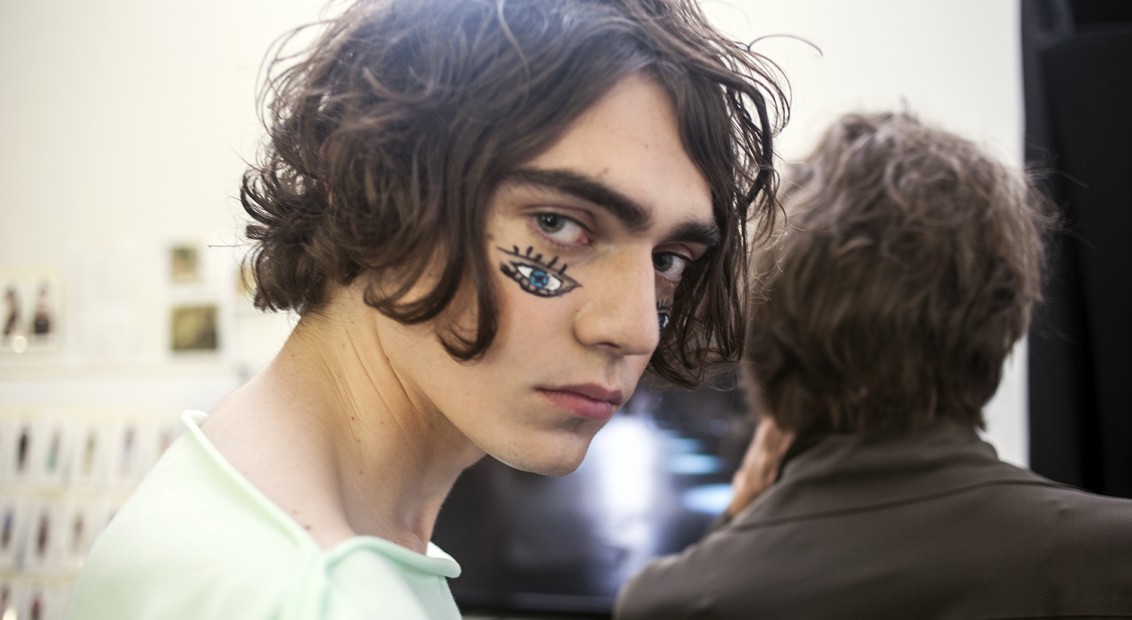 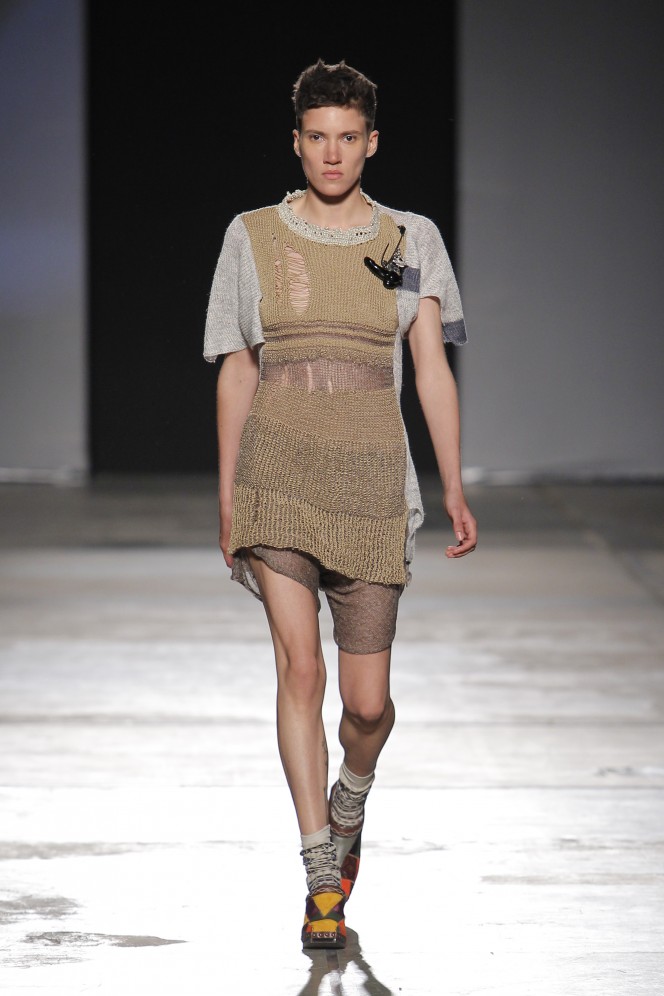 Vivienne Westwood always has a story to tell. Taking a political stance against the controversial confinement of Julian Assange, she kick-started her SS17 show with a personal message for David Cameron: “Dear Prime Minister Cameron, I am Vivienne Westwood, a fashion designer and an activist,” she delivers in the two-minute video. “Julian has never been charged with anything because there’s no evidence of anything! He’s done nothing.”

Assange’s ‘embassy cat’ was stamped on t-shirts and accompanied by the words ‘FREE ASSANGE’ in a vocal stance against the UK government’s position on the WikiLeaks founder, which yesterday saw him enter his fifth year camped out in the Ecuadorian embassy in London. Westwood has been a staunch supporter of Assange since he willingly put himself away four years ago in a bid to avoid extradition to Sweden, and this season she dedicated her entire show to the cause.

The gender line was fainter than ever at the show in Milan: models wore skirts, tiny crop-tops and ‘I owe you’ was emblazoned t-shirts. Pirate-like draped garments were swathed around models as they marched out to a moody beat and raised two fingers at the government in support of Assange. “We are taking part in a global event to celebrate whistleblowers and freedom: ‘First they came for Assange’ will be held simultaneously in ten major cities,” read the empowering show notes.

A show of both strength and beauty, Westwood’s #FreeAssange campaign stressed that we live in critical times. That everyone opposed to political and financial powers is exposed to danger. That fashion should use its platform to stand up to denunciation and punishment of the courageous. 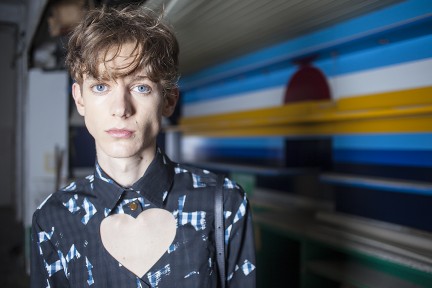