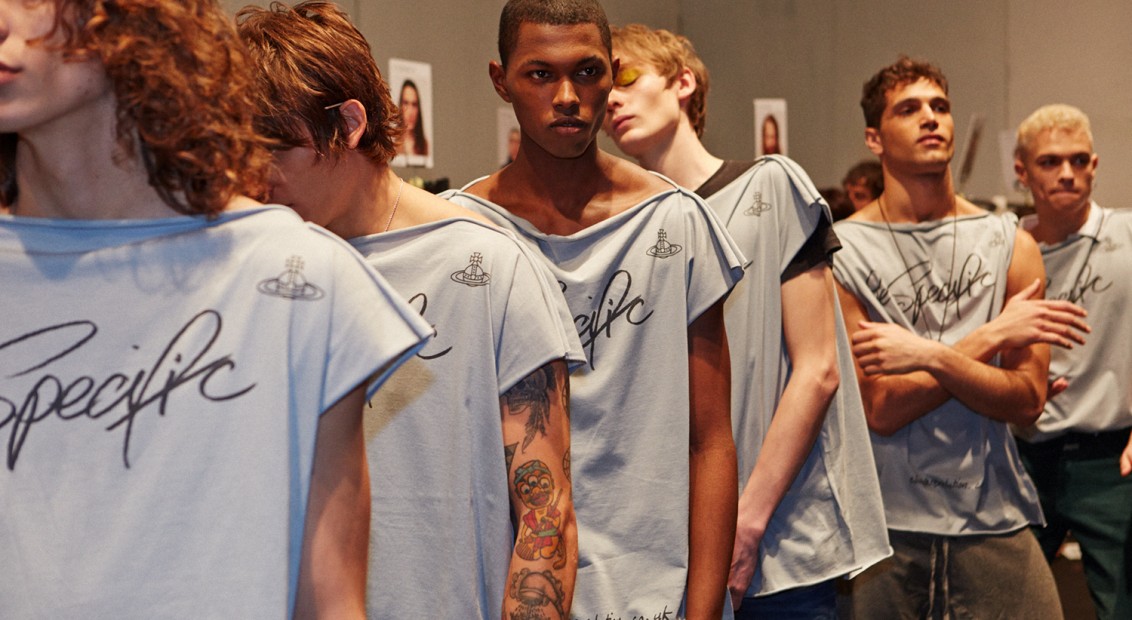 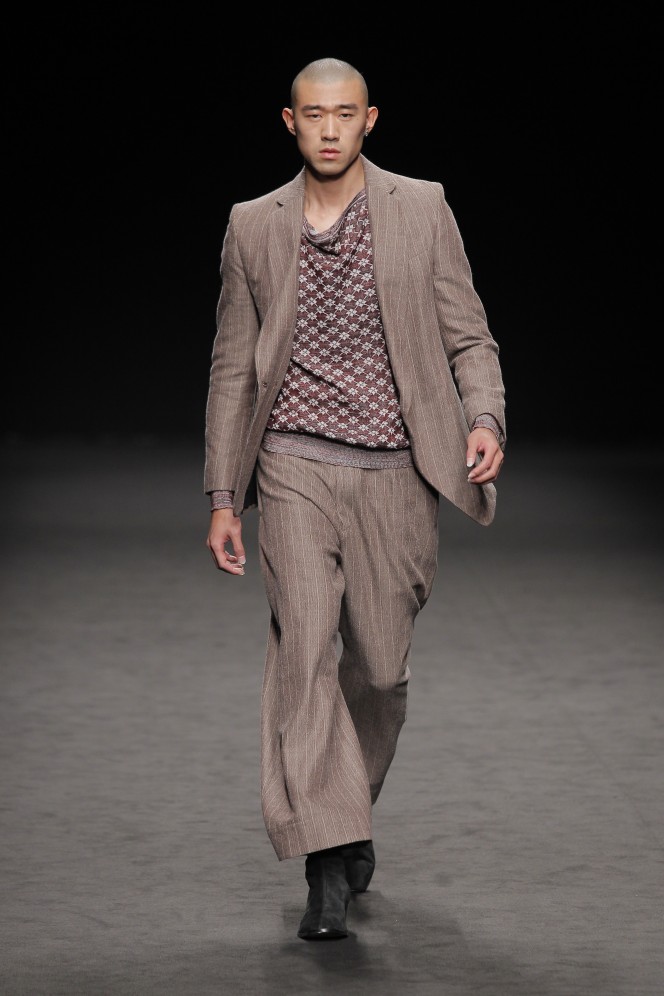 ‘Be Specific’ was the forthright instruction from this season’s Vivienne Westwood show, in reference to particular causes the Dame wanted to address: saving our ocean, saving our rainforest and saving Venice (the city will eventually disappear due to rising sea levels). Last November the activist designer was seen protesting at London’s #ClimateMarch, calling for measures to be taken in order to save our planet – ‘our’ being the key word. This penchant for taking advantage of the catwalk as a polemic platform has long been a Westwood hallmark.

Speaking of platforms. This season the Westwood man stood tall (around 4 inches tall, to be exact) on wedged shoes and high-heeled brogues. And this androgynous theme continued upwards, and throughout. Asymmetrical dresses draped loosely, paired with cardigans, heavy knits, or individually as statement on their own.

Suits began loose before slimming to a more tailored fit, epitomising that debonair style that underpins Westwood’s off-kilter aesthetic. Jacquard, autumnal knits and a standout shearling jacket added some warmth to the collection, whilst phallic shaped metallic necklaces hung around models’ necks – typical of Westwood’s sense of rebellious playfulness, a trait synonymous with her oeuvre.

Against a stomping soundtrack – courtesy of longtime collaborator, Paris-based composer Dominik Emrich – Westwood’s renegade mantra rang out, perfectly in tune with the clothes on display. This isn’t a sterile plea for change, this is four-on-the-floor insistence.

As the lights dimmed for the finale David Bowie’s Starman faded in as a tribute to the man who’s signature shared the same petition as Westwood’s calling for change at November’s Paris climate summit.

“He’s told us not to blow it,
‘Cause he knows it’s all worthwhile” 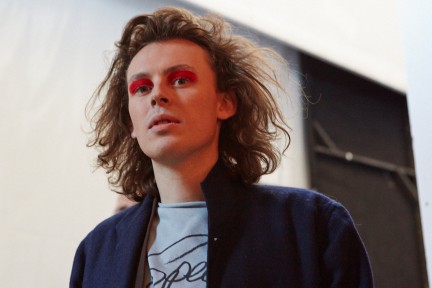