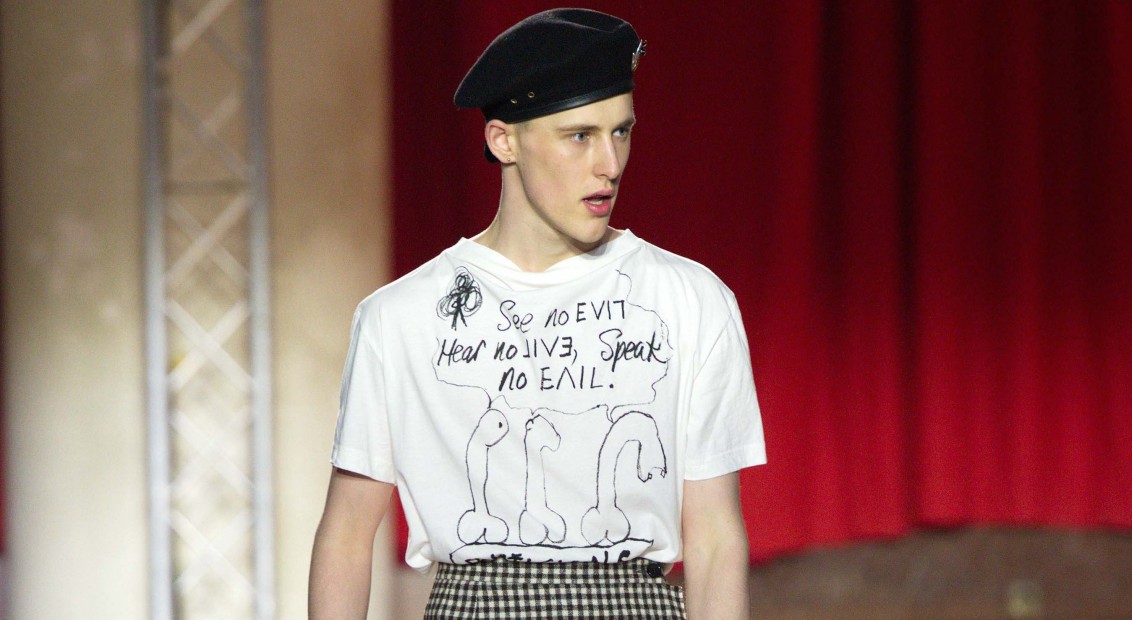 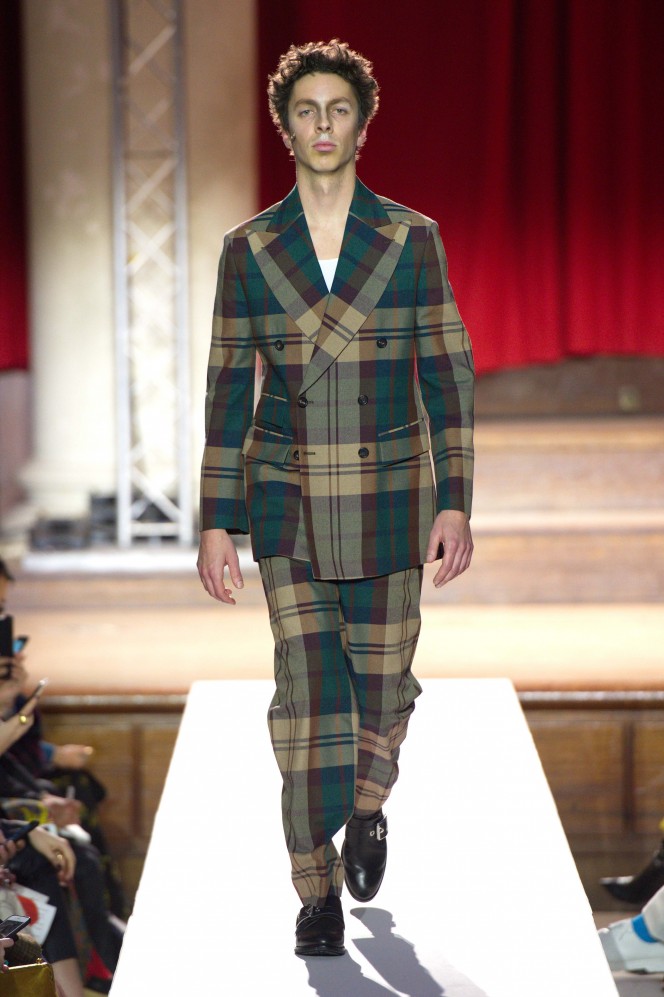 Perhaps it was just coincidence that Westwood’s show was a stone’s throw from the Palace of Westminster. But the student climate change protests happening on the Strand and Millbank seemed synchronised to match Westwood’s own pleas for change: “Tell the children the truth”, read the designer’s press release.

Entering the venue, a Church in St John’s Smith Square, the upper levels had been adorned with Westwood bunting – a provocative print of lipstick smeared lips alongside words like ‘Homo’ and ‘fast’ (a few models mentioned the idea of buying less during the show: “Fashion’s all about styling: buy less, choose well, make it last”).

A cast of activists (one who’d travelled to the Arctic with the designer) friends and muses that included model, actress and activist Sara Stockbridge, artist and campaigner Daniel Lismore, activist Emma Breschni and #MeToo trailblazer Rose McGowan, each held microphones, speaking out about issues as they stomped around the stage. Some addressed Brexit, others American foreign policy, climate change and corruption.

The show pivoted around the core theme of Westwood playing cards, set out as worn garments and as metaphorical tools to help us see the need for change.  some wore hand inscribed and painted pieces, amongst classic check tailoring and refined outerwear. Meanwhile some models carried hand-drawn posters, some had paper crowns perched on their head’s or painted faces

An appearance by John Sauven, executive director of Greenpeace espousing his cause, as well as author and commentator Fred Harrison set the cerebral tone. Amongst the brilliantly avant-garde touches and statement designs (including debonair tailoring and micro-kilts sans underwear), here was Westwood telling us we need more thinkers, more intellectuals, more heroes and asking us, what does it mean to be human?