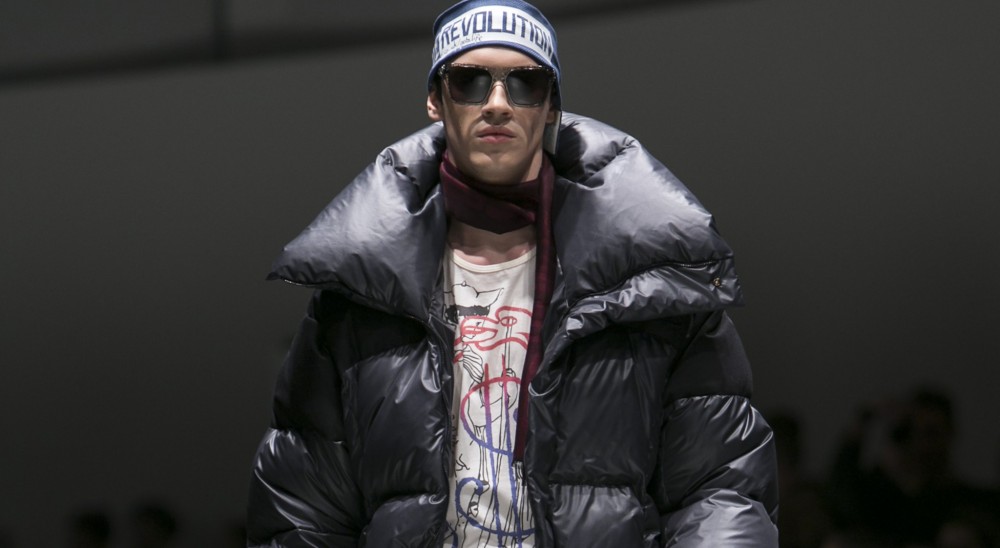 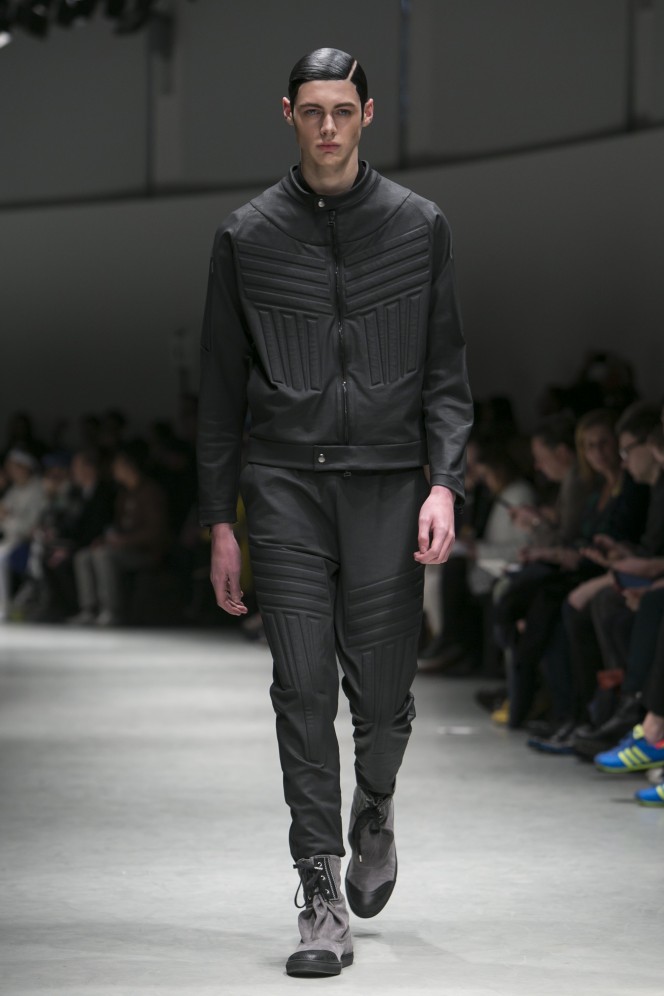 “I’m anti-fracking and I’m here to protest,” enthused Vivienne Westwood at an anti-fracking protest in Balcombe mid last year. If there’s one thing we can take from yesterday’s show it’s that the Dame’s all-encompassing vision is still as strong as ever, her political stance engulfing her collections like fluid pressure obliterates rock.

It was an end of the world vision. ‘What future has this earth if we continue to destroy it?’ every look asked. Hair was either dark or vivid white and strictly set, sci-fi like in its proportion.

A steampunk thread ran through the collection with dandy bow ties, shirting and tailoring. It was in stark contrast to the hippie-esque looks that dotted the latter part of the show, suggesting an alternate future in which protest mobilises combative communities.