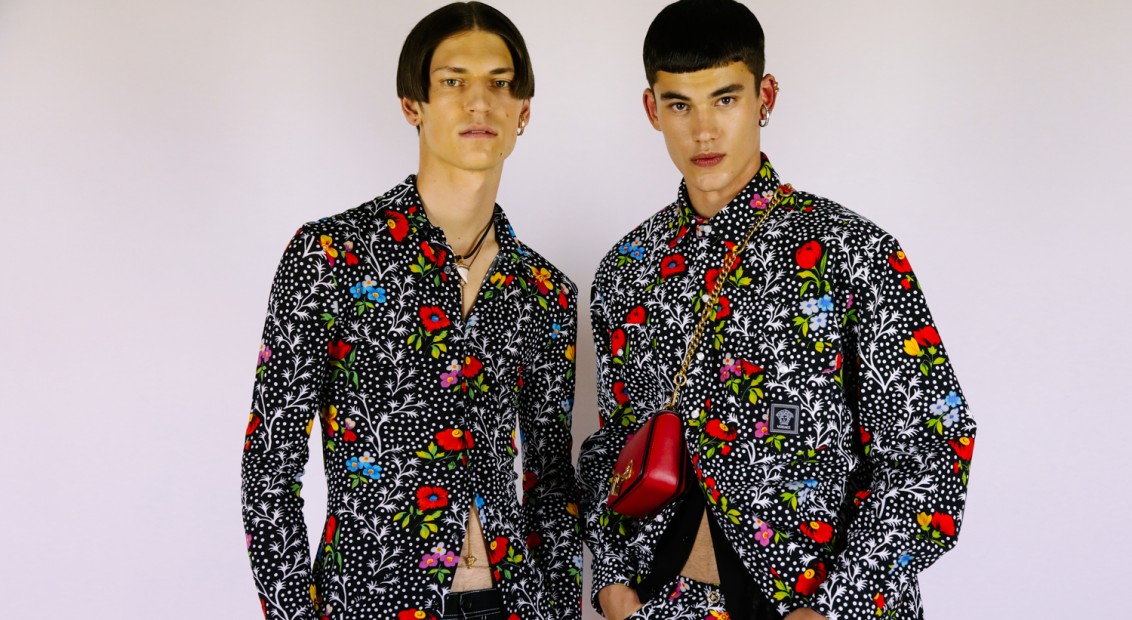 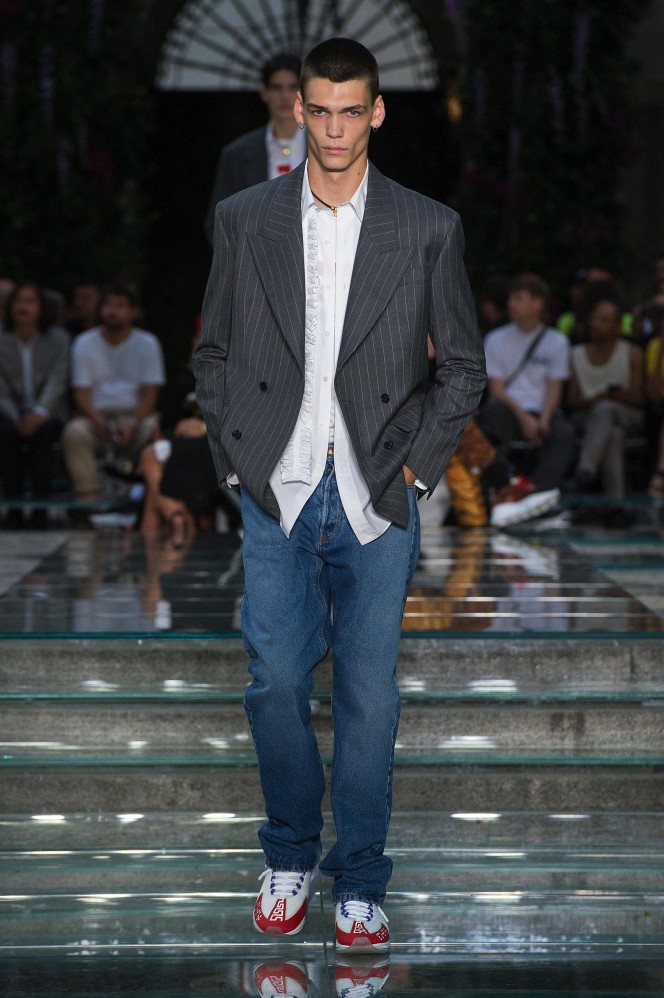 Donatella Versace’s feeling cheeky. Demonstrating her knowing sense of humour, tabloid newspaper prints with headlines reading “Versace finally speaks out” were likely alluding to the swirl of interest around the house’s history as it celebrates its 40th anniversary, largely thanks to Ryan Murphy’s popular TV serial American Crime Story: The Assassination of Gianni Versace, which Donatella has publicly disowned. Even on a sartorial level, there was a playful wit: take the knee-high denim boots for women with a belt-strap and pockets to mimic a pair of jeans.

Overall, the collection had an eclectic feel. Set under a canopy of hanging flowers, the plexiglass runway saw pinstripe tailoring to white denim and everything between; even womenswear, modelled by the likes of Bella Hadid and Kendall Jenner. Most compelling were a series of looks inspired by rave culture (a trend that seems to be picking up steam this season) with acidic neons, bucket hats and LSD-trip florals. It was an awful lot of fun and very, very Versace — not, as the newspaper prints were keen to emphasise, “Versachee”. 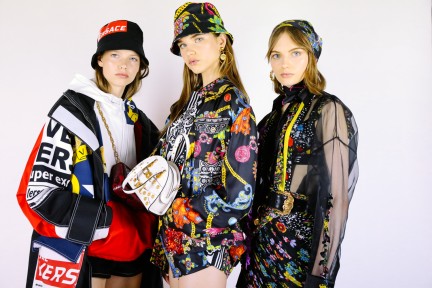