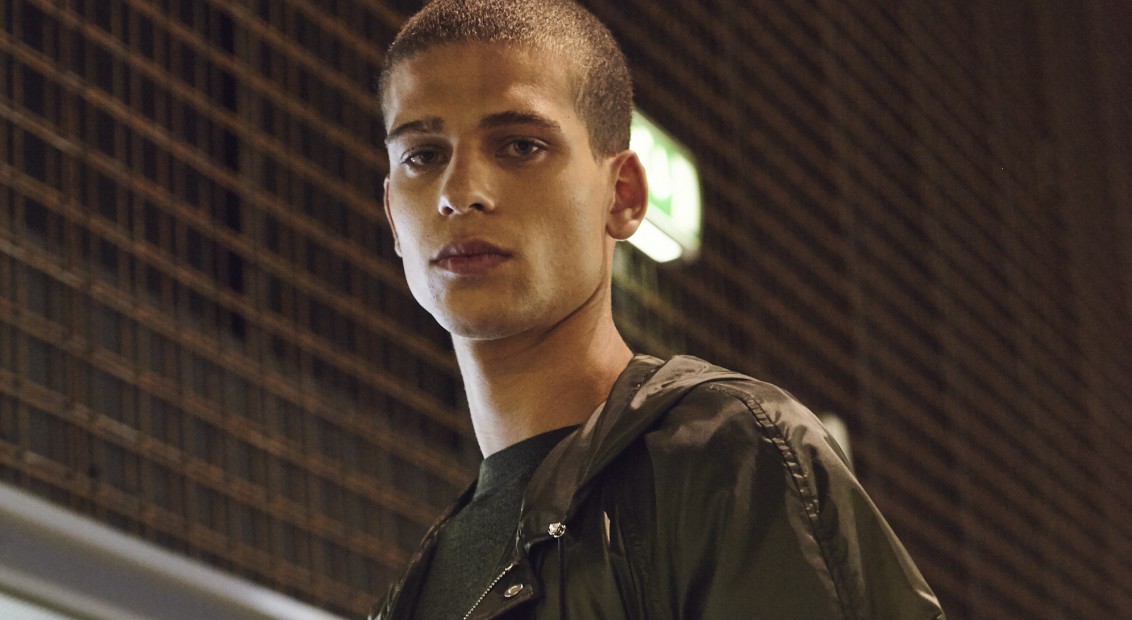 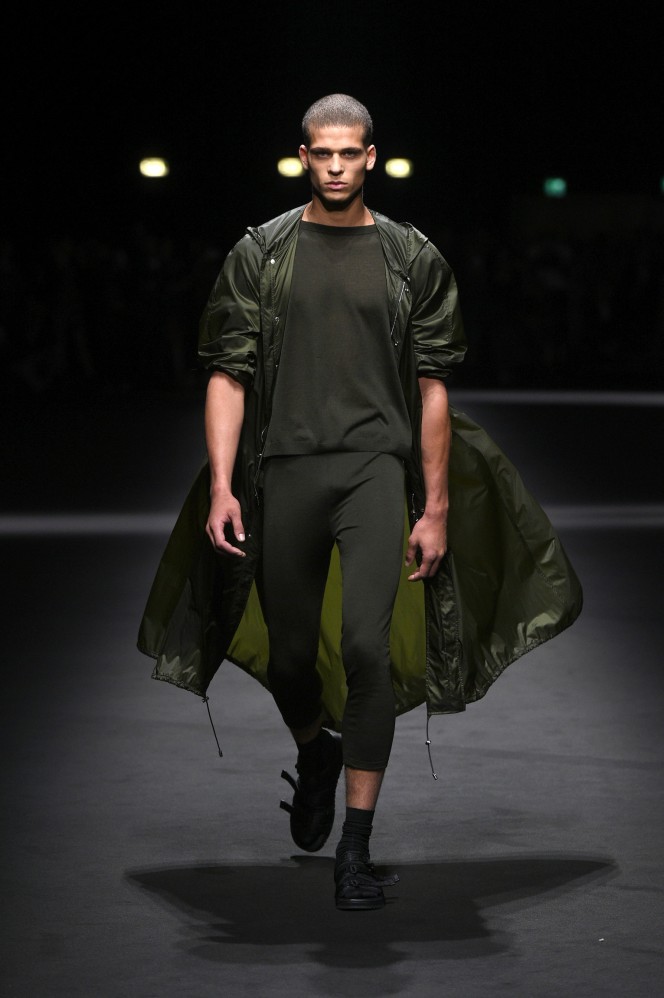 Think ‘Versace’ and no matter how limited your fashion vocabulary what comes to mind is OTT glam, Italian luxury; anything that’s a little too much. Donatella is queen of it all but yesterday she really outdid herself.

SS17 was the second season at the new venue, Piazzale Carlo Magno, guests taking their seats to a pulsating pink light that gave way to a huge two-screen showing of a Bruce Weber film about Chicago. It ties with the house’s FW16 campaign, which reunited Versace and Weber (they last worked together seventeen years ago) to shoot on location in the Illinois city.

Chicago’s urban culture works well as a backdrop for the utilitarian narrative Donatella has been spotlighting for a few seasons now. Especially when lensed via Weber’s youth-fuelled aesthetic. The first look said it all: a deep green parachute jacket, flying off the model’s back as he stormed the massive triangular runway, whizzing remote control camera in tow to capture the moment. The luxe-tech vibe persisted through flowing variations off-white, blue and lush magenta, worn with cycling shorts from the new Versace activewear line. On the feet were sandals worn with socks – the urban male’s weekend wardrobe through the eyes of DV, perhaps? It wasn’t the first time we’ve seen the look in Italy this season (ahem Raf Simons), and (sigh) we’re preparing for a few more socked and sandalled boys before the week is out.

The soundtrack featured never-before-heard music by Prince – written and recorded as a gift to close friend Donatella before his passing earlier this year. The last few looks amped up the nighttime excess in a homage to the icon – va va voom tailoring, mega collar and cuff ruffles. And when Donatella made her walk at the end of the show it was in a purple suit, in tribute to her dear friend.

“I want to push Versace forwards, and capture the spirit of individuality and creativity in the men that I love,” Versace said in the show notes. Prince’s passing burns a heavy shadow and his individuality will continue to inspire his friends and fans alike for long to come. 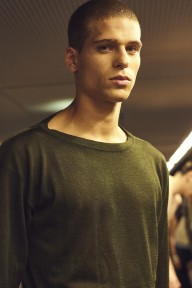