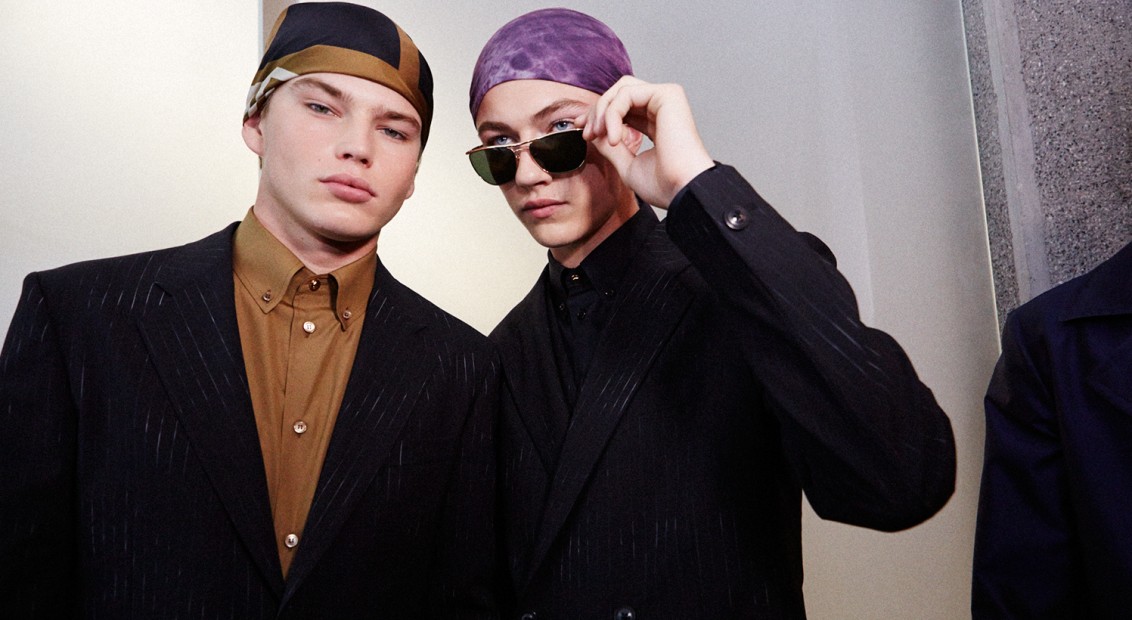 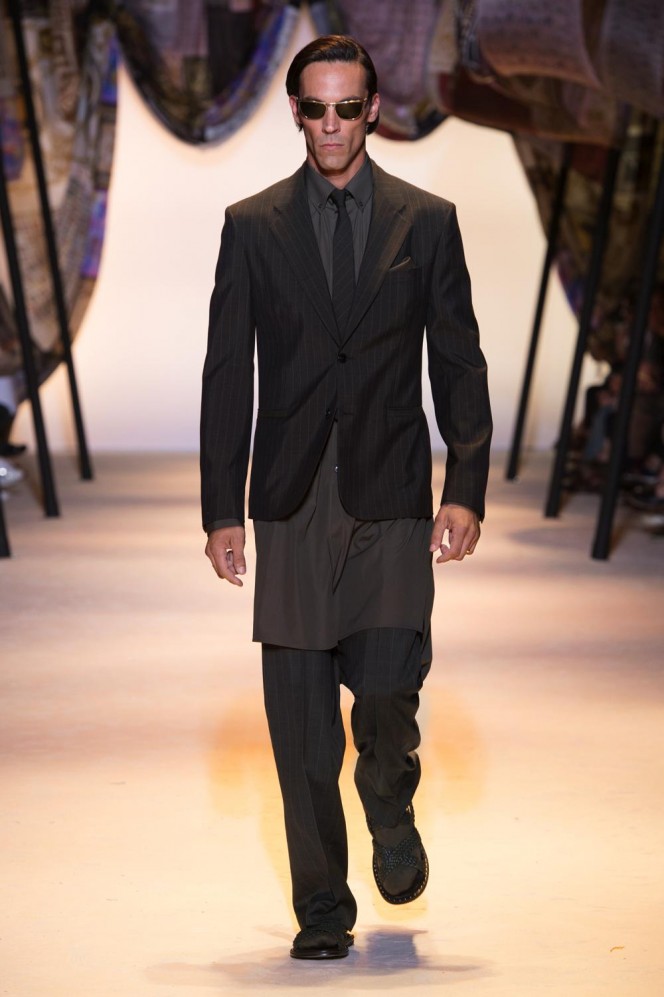 Silk foulards dominated the set at Versace last night. Positioned above heads on either side of the audience, they echoed the sails of a ship billowing in all directions. And it was just the beginning: the sea-hearty theme continued, with buffed-up studs hoisting up the backdrop with ropes just before the show began. Fun, and we wouldn’t expect anything less. Donatella’s ultimate knack, after all, is her ability to make the potentially gimmicky downright fab.

In the collection itself, layering was key. Typical restrictions in length were broken down, as silhouettes were moulded into fresher shapes. Elongated or shortened, multiple garments overlapped, covered or revealed other garb, or revealed thighs, calves and upper torsos. Even though it was a Spring / Summer collection, a contemporary sense of formality controlled the tone. Visible skin was kept to a minimum, while detailing was strict and unfussy, with the Versace Medusa-head popping up on snapbacks and leather bags.

Suiting was kept tight and tailored, with durags interjecting slivers of swag. Shirts were cut cleanly, while their hems were lengthened, creating a more feminine style. Silks, satins, cottons and wools – in calm colours like teals, blacks, beiges and dusty pinks – added a softer edge. Exacted and fresh – a creatively controlled delivery from the Italian powerhouse. 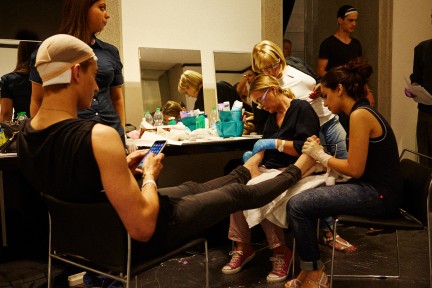