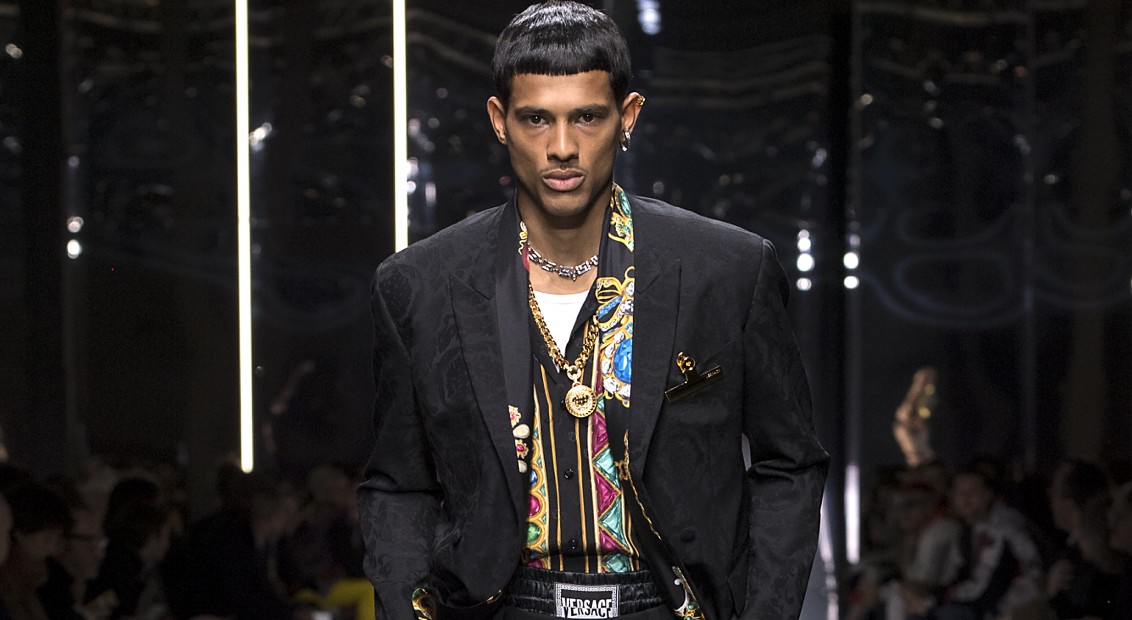 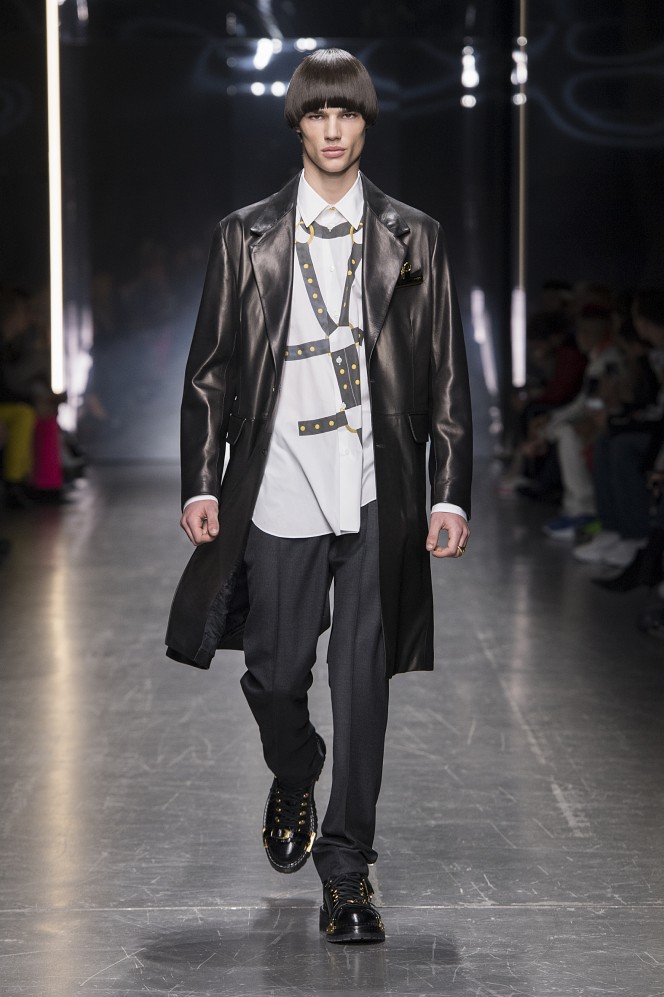 It was Donatella’s first show today following the announcement back in September that Michael Kors would be acquiring Versace in a $2.1 billion deal, marking the first time the famously independent brand had been floated to potential buyers since the months preceding the death of Gianni Versace in 1997. The news was met in many quarters with confusion: would the Kors behemoth, with its primary income from concessions in department stores, attempt to reposition the storied Italian brand to something more mid-range? “I don’t know why people thought Versace is becoming like Michael Kors?” said a deliciously acerbic Versace in an interview for the Financial Times. “A medium, lower line. I mean with all due respect to Michael Kors…”

So that’s that, then. And on the runway this season it did indeed appear to be business as usual: a carousel of eye-popping print, gorgeously cut leather and the usual line-up of rising supermodels, such as Kaia Gerber, Bella Hadid and Adut Akech. There was a playful riff on Gianni’s infamous FW92 S&M-inspired collection, albeit here the leather straps were printed onto t-shirts, one of which Donatella herself was sporting as she came to give her bow to the tune of RuPaul’s Supermodel (You Better Work) – it was all the camp you could want from Versace and more.

Over the years many have underestimated Donatella’s capabilities as a designer, but the year on year increase in Versace profits has seen her walk away with one of the biggest brand acquisitions of all time. The proof is in the pudding – and that multi-billion dollar paycheck.