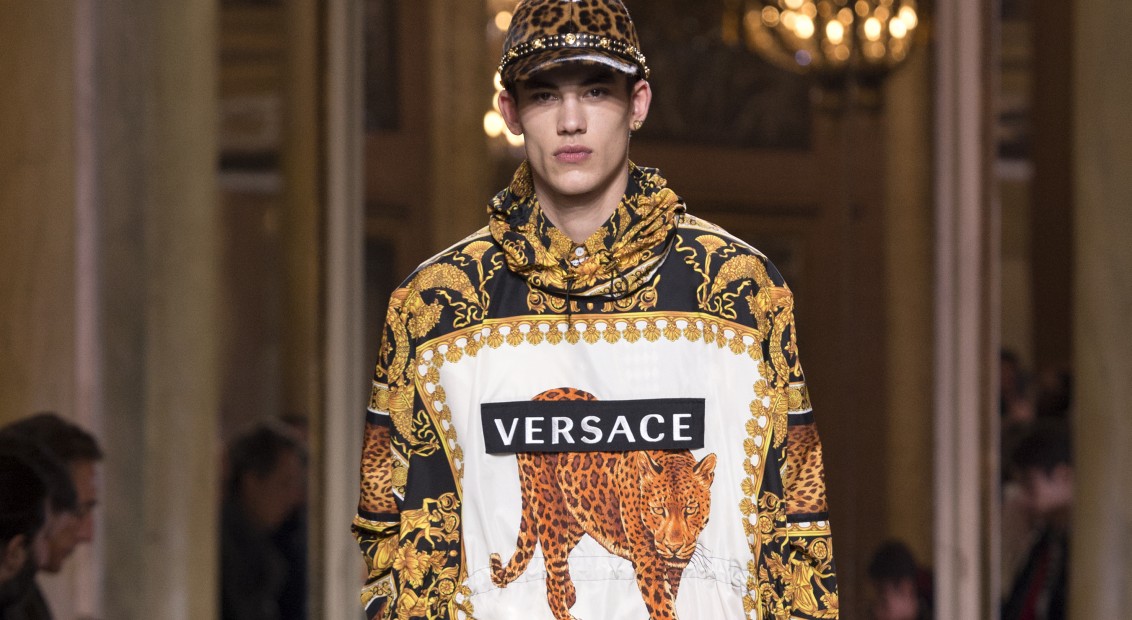 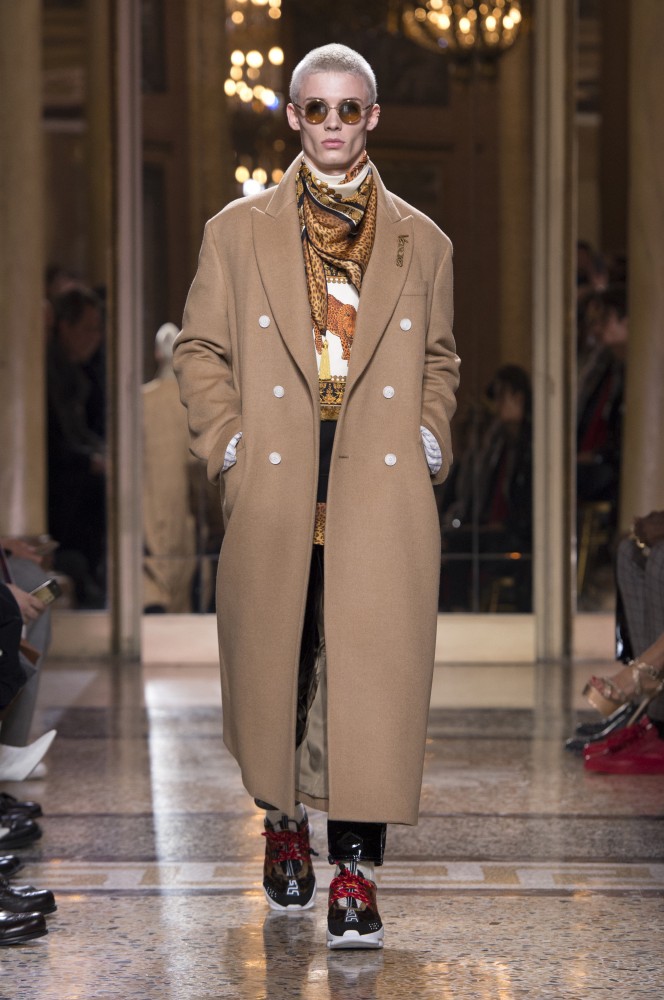 Rapper 2 Chainz (formerly Tity Boy) was the guest of honour at Versace show on Saturday night – his music played in the show, and the first look debuted a ‘Chain Reaction’ sneaker he made in collab with the brand. Grounded on a moulded interlocked sole, it gave a hint of things to come with its energetically mismatched colours and heritage prints.

Look after look, Versace’s archival codes were dialled to ten. Last year marked the 20th anniversary of Gianni’s murder in Miami Beach, and the Versace family made headlines this week for slamming the release of the Penelope Cruz biopic that dramatises the events. Donatella acknowledged her brother in her own way, through collages of prints that came together in brilliant chaos, lifted from the iconic collections circa 1991-95 (Gianni’s reign, and the supermodel era). Animalia and Baroque patterns were there, and hints of Versace Casa in golden tasseled trims on drawstring backpacks, furry trims and jewellery cast to resemble cutlery shaped to the wrist.

The brand’s tartan served another major theme, articulated through preppy collegiate silhouettes and styled with Versace letterman scarves. It teetered on either prefect or punk, contingent on the model’s taste for studded baseball caps or flatform combat boots. What he lacked in school spirit, he made up for in house pride.