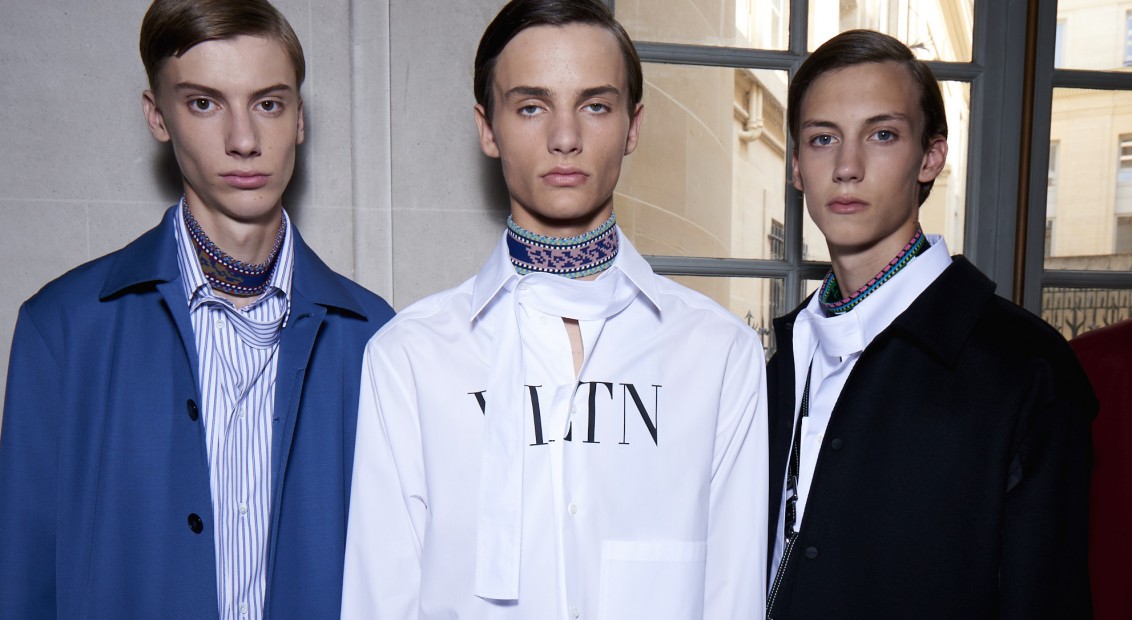 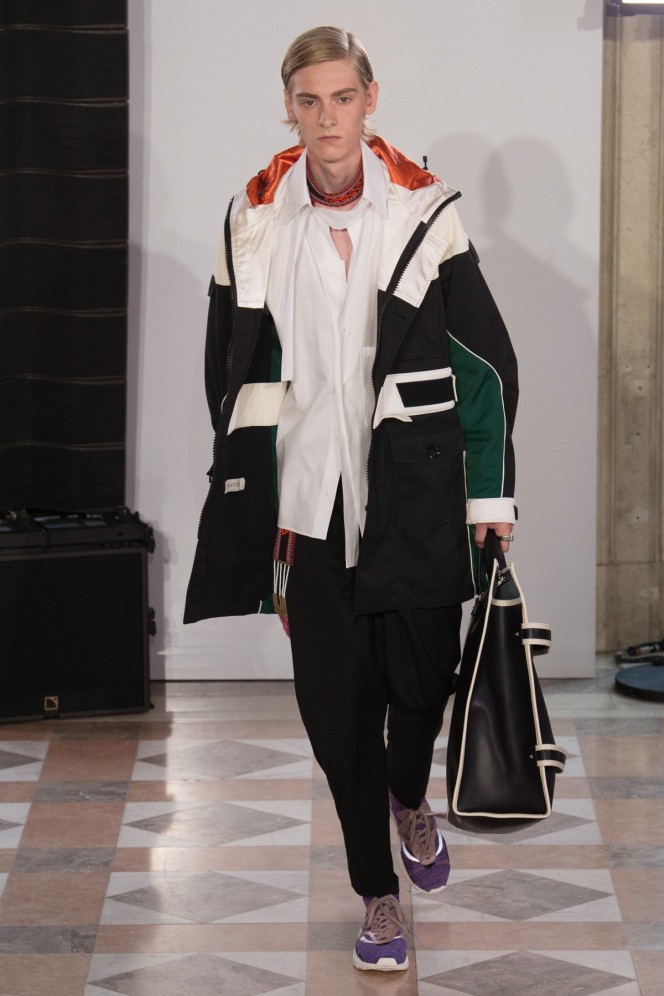 A fashion house eponymous with the city of romance; Valentino’s heritage and home is forever reflected in collections that are bold, delicate, and – of no coincidence – adored.

This time, Valentino’s SS18 unveiled an abbreviated, new look for the label’s logo: ‘VLTN’ in stark, capital font emblazed along the side of trousers – also at times sporting double stripes – and vertically down the back of jackets. The typeface not dissimilar to Kendrick Lamar’s ‘DAMN’, it’s only fitting the musician’s songs Lust and 2012’s Money Trees provided the soundtrack.

Even more so, if the SS18 line is an extension of Piccioli’s FW17 message about individualism, redefining masculinity and the current social climate – with optimism and gentleness – the inclusion of Lamar’s dialogue was an inspired choice. The theme of a new generation was notable from the beginning; models ascending the grand spiral staircase of the Hôtel Particulier Iéna with slicked back hair and power sports luxe attire – much like the women’s FW17 treatment.

Outerwear was the focal point. Jackets – long, cropped and oversized – were embroidered, adorned with exaggerated pop pockets, and inside out look seams. Black and white satchels complemented pastel toned garments, moving onto cross body bags with black and red ensembles. Athleisure definitely wasn’t an afterthought here, applied throughout: classic tracksuits were given a touch of sophistication, white shirts given an edge with neck ties, and even the sneakers were beaded. 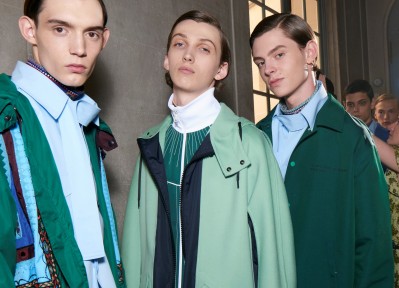