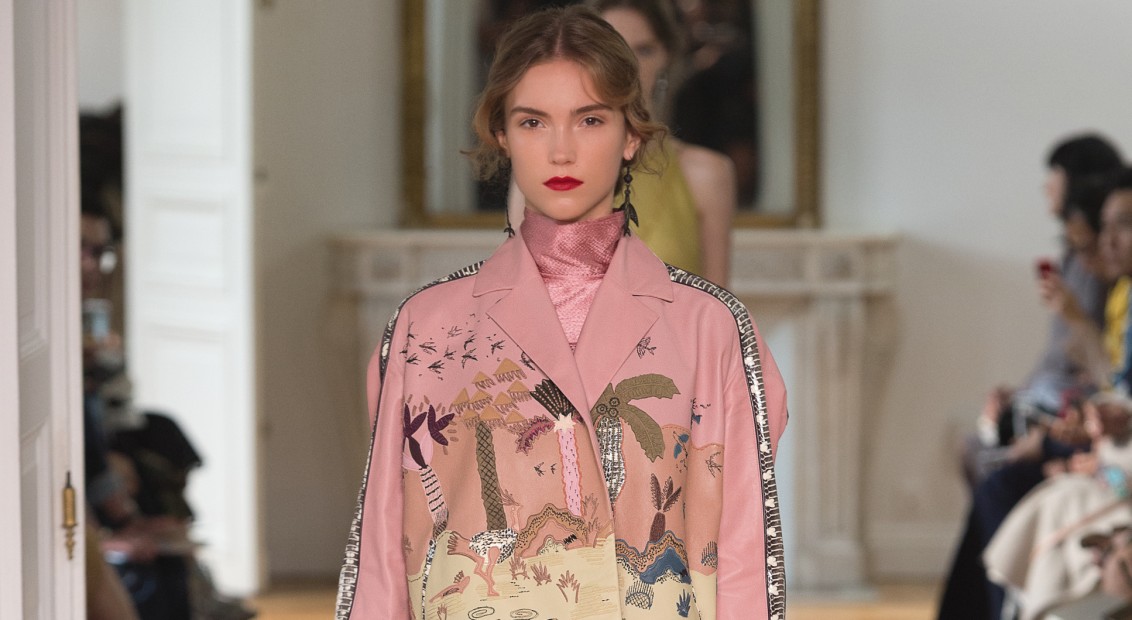 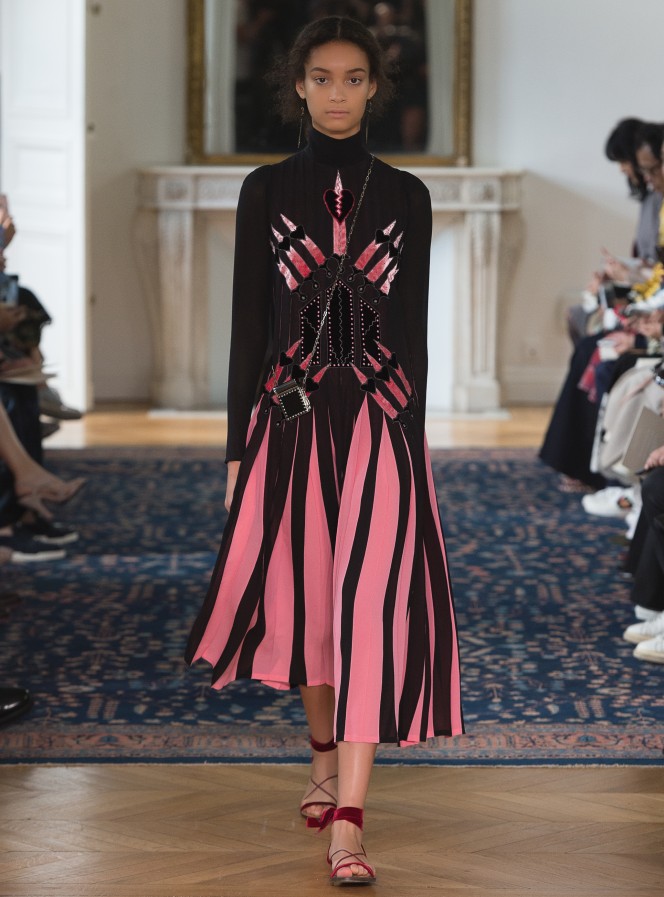 Valentino was another first in Paris this season as it was the debut Valentino show by Pierpaolo Piccioli solo, now the sole creative director at the house after his design partner Maria Grazia Chiuri was tapped to become artistic director at Dior.

Where last season took influence from ballet and modern dance, here Piccioli described his latest offering as “punk meets Hieronymus Bosch.” And that punk inspiration was perhaps best seen in the vibrant colour palette, ranging from the hot pink of The Clash’s The Lost 1978 Studio EP vinyl to that splash of purple across Never Mind The Bollocks.

The 64 look show was as Valentino as ever: with black embroidered lace and sheer tops; low cut dresses; peter pan collar shirt dresses; silky pyjama suits; fur overcoats and a range of perfectly layered proportions. Romantic ethereal dresses were the focal point (a Valentino staple) and this season they came with imagery dreamt up by British designer Zandra Rhodes. The stand out pieces came in the form of coats: a red leather and a pink floral velvet trimmed trench, as well as an elegant black square cut dress.

With a tearful Maria Grazia Chiuri watching on, Piccioli subtly realigned the Valentino aesthetic to his own coordinates.