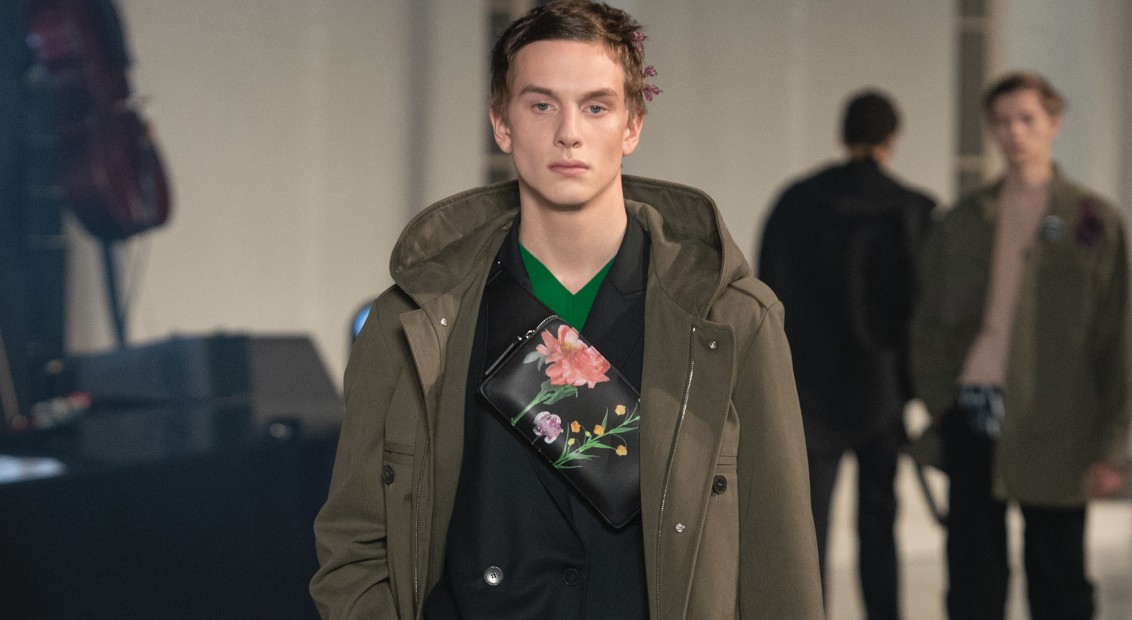 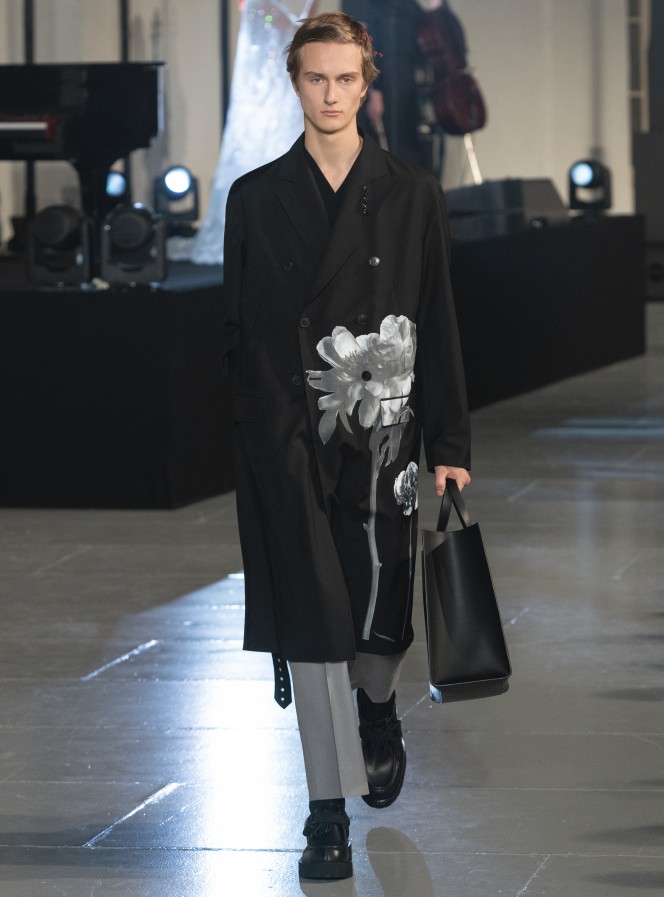 Upon first glance, the Valentino FW20 show at the Grand Palais was an ode to classical menswear. The archetypal silhouettes were all there: the sturdy trench coat, the darted ankle-grazing trousers, the two-piece suit. With the majority of the range rendered in a monochrome palette, there was a uniformity to the collection that kept it cohesive — but it was the experimental elements that cropped up throughout that suggested this offering was about revelling in expression.

No other modern artist signifies the rejection of conventionality like FKA Twigs, so it was fitting that models walked to the sounds of her performing her latest album Magdalene, as Pierpaolo Piccioli’s vision quite literally blossomed in front of his audience. Single stems borrowed from the archive of photography duo Inez and Vinoodh adorned the sides of longline coats and evening jackets, while flower heads were emblazoned across the uppers of chunky lace-up shoes.

As is often the case, the floral touches communicated a direct sense of romanticism. This was the designer’s love letter to his craft: “[It’s] the attention to detail and ultimately the sense of intimacy of tailoring that matter,” read the show notes. Reverence could be felt in the careful cut of shirts and the suit jackets made with asymmetric lapels that converged across the chest. But perhaps this outlook was conveyed most directly by the garments which bore the words “Need” and “Good Love”, derived from artist Melanie Metranga. Ultimately, this collection was indicative of Piccioli’s relationship with his work for the house of Valentino — a connection that strengthens with every season.