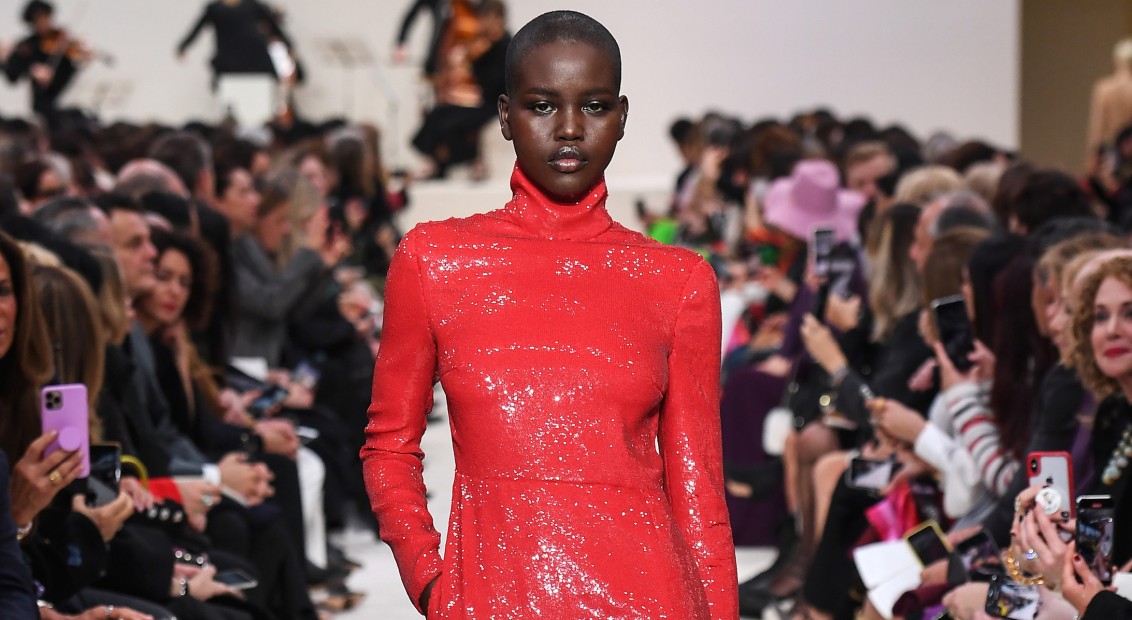 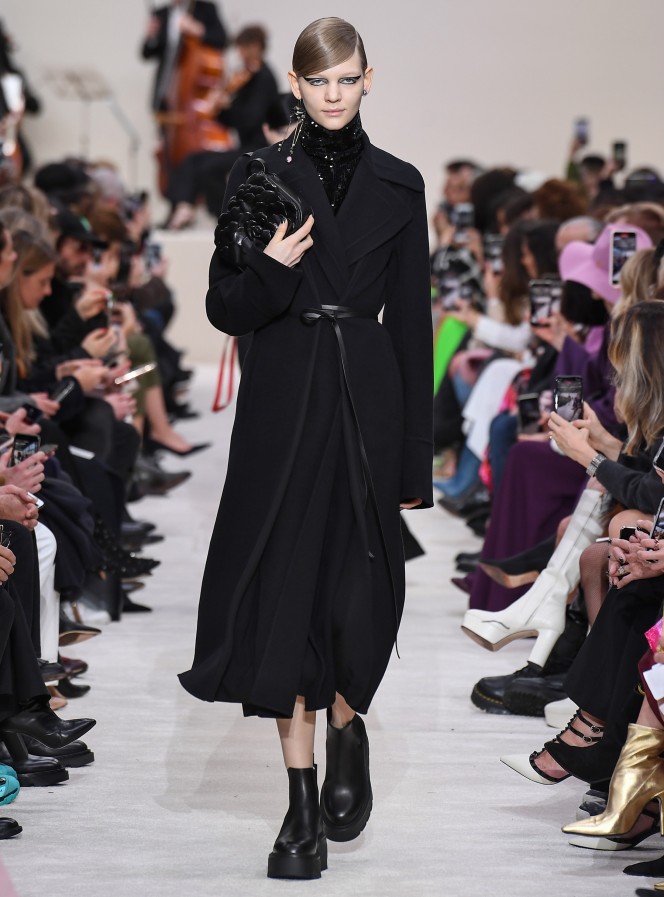 Uniforms are often seen as strict codes used to stamp out individuality and make us all the same, but in the eyes of Valentino’s Pierpaolo Piccioli, they “bring the individual to the fore.” So, for FW20, the designer primarily showed monochrome looks and stuck to classic silhouettes, showing a collection which stemmed from “the desire to focus on the humanity of individuals to depict and exalt their feelings and emotions, despite age, gender, race and disposition.” This might sound a bold statement, but fashion has always been about so much more than clothes: it’s a visual communication of identity.

So, Piccioli cast an extensive roster of charismatic muses and dressed them in looks which ranged from grey, tweed overcoats to delicate chiffons, and everything between. Refreshingly, casting was based on personality rather than gender – and as such, each model seemed completely at ease in their chosen look. Piccioli also blurred the codes of gendered dressing, teaming baggy trousers with bustiers and fitted, strong-shouldered dresses with flat, chunky-soled boots. Black leather came in various iterations: from thigh-split skirts and elbow-length skirts to intricately-scalloped outerwear, the collection was a master class in elegance with an edge.

The collection gradually lightened up, with colourful floral motifs – sometimes printed, sometimes embroidered – cropping up on tailored overcoats and lightweight, drawstring dresses. Naturally, Piccioli also leaned on his couture sensibilities for a series of show-stopper evening gowns, the most impressive of which was a floor-length, turtleneck dress embellished from head-to-toe with scarlet sequins. It was the proverbial cherry on top of a collection which celebrated fashion as a pure, unfiltered expression of identity.