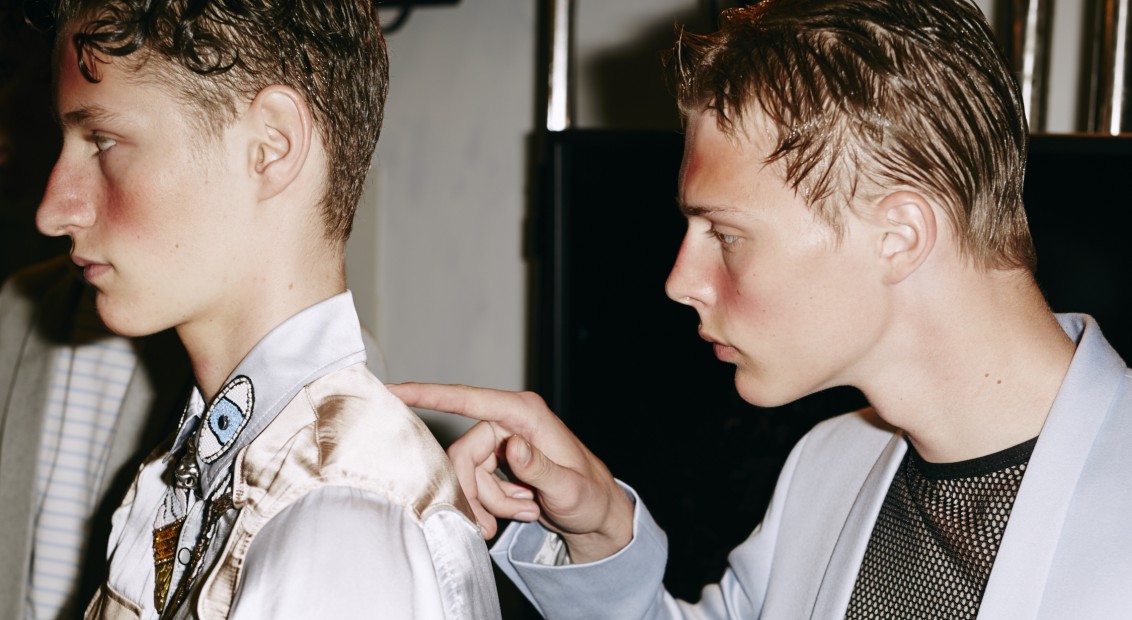 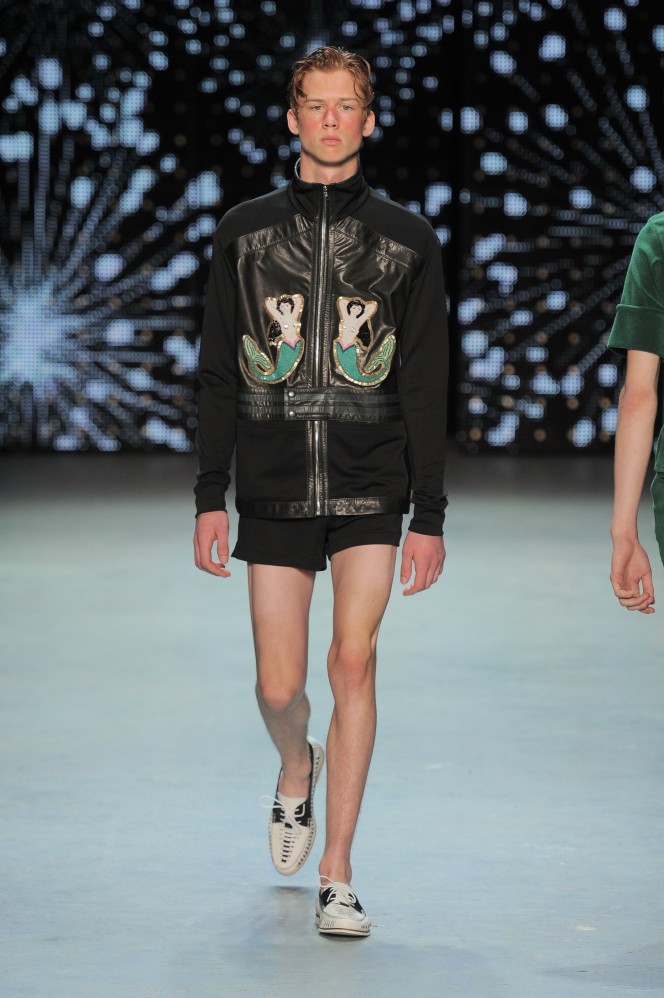 Taking influence from Britain and its seaside, Topman Design opened the show with arcade-like musical projections that were met by a model wearing that Brit-abroad combo of sunburnt cheeks and slick wet hair.

Although a nostalgic inspired collection, the design team redeveloped clever silhouettes that harked back to subcultural groups such as teddy boys and mods, those tailoring pioneers who translated suiting to a new, liberated generation.

In a kitsch effort to brighten up the mundaneness of English beaches, glamorous motifs and embellished slogans such as “Dirty Weekend” and “Life’s a beach – then you die” ran throughout the collection – the brand’s version of those cultural slurs that are holiday slogan tees. Then (in tailored contrast) there were the casual slim-line suits, paired with with woven loafers.

Topman Design consistently kicks LCM off with a youthful bang and here, in a pastel and primary colour palette, it did more so than ever. Beach ready in the best sense of the phrase. 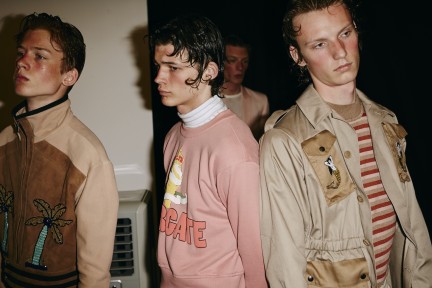