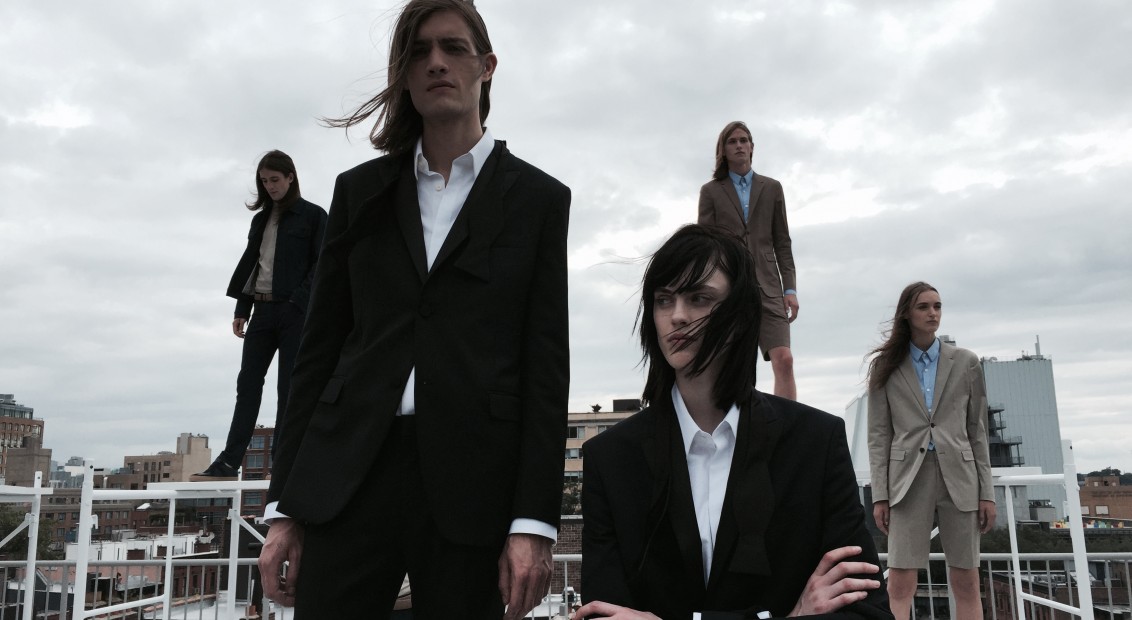 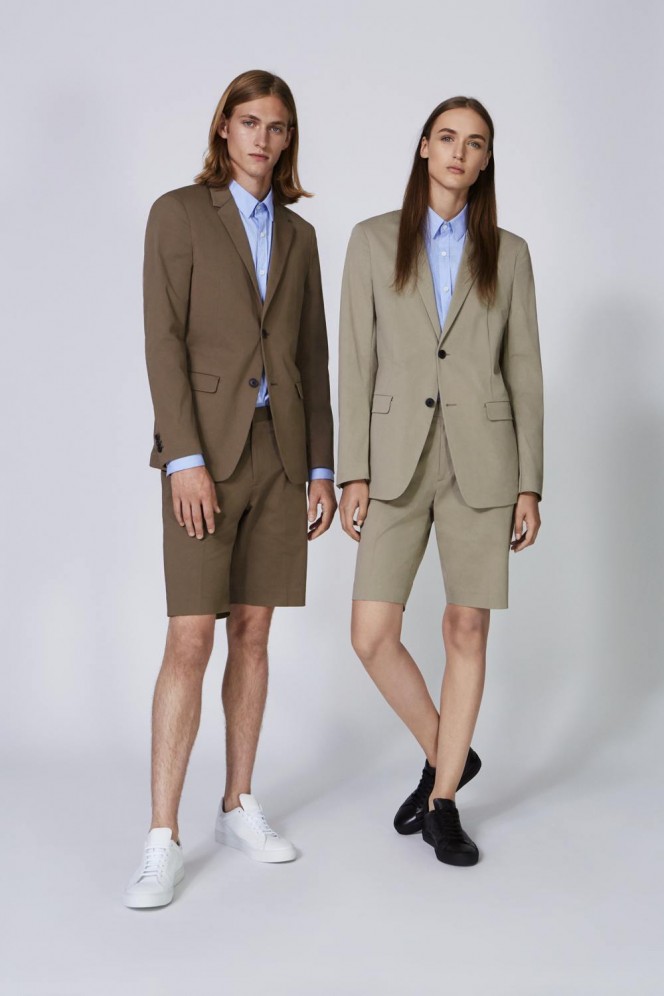 Androgyny is a concept that gets frequently pushed around. Not that there’s anything wrong with it – having being popular, since, forever. But it never gets old. Head of Menswear at Theory, Ben Stubbington, gave us this recurring aesthetic, and the creative simplicity within his tailoring was a reminder of why the gender-blurring tradition remains so significant.

Models were stood on varying heights of platforms atop the brand’s New York HQ with Lower Manhattan in the background and an ominous look lurking in the sky (luckily for Theory, the rain steered clear).

Scanning through, it was hard to pinpoint model’s genders. But that’s cool. It created a sense of uniformity, particularly with the collection’s application of minimalism. Details? Vertically positioned welt pockets – some horizontal – breast patch-pockets and contrasting buttons. Tuxes were part of the line-up too. The no-fuss approach and multi-gender applicability is a formula that works seamlessly for Stubbington.