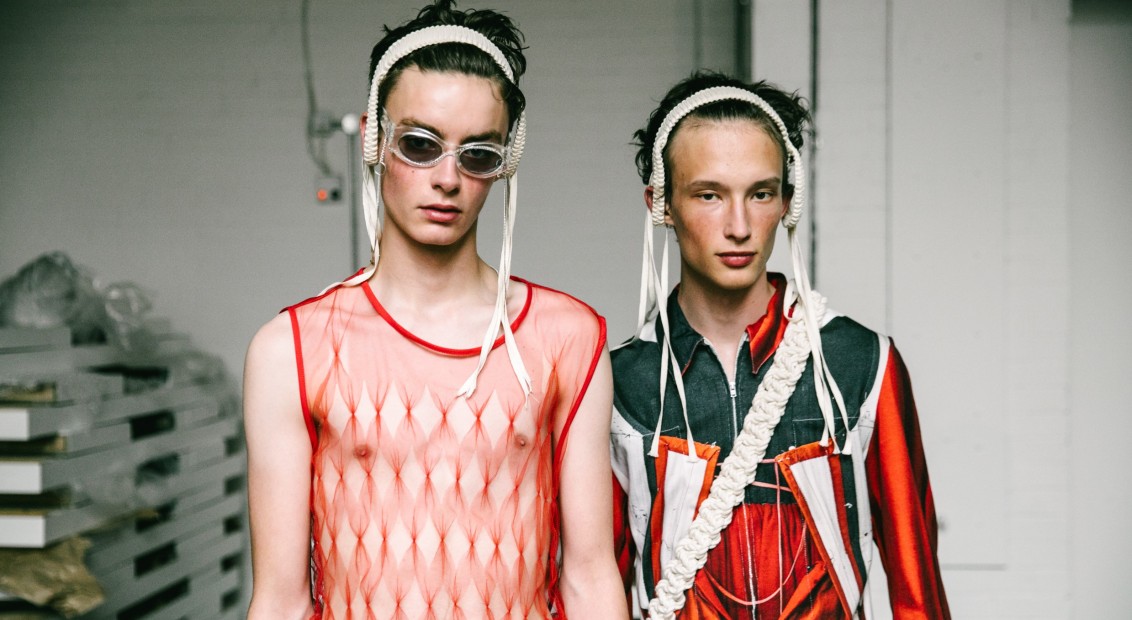 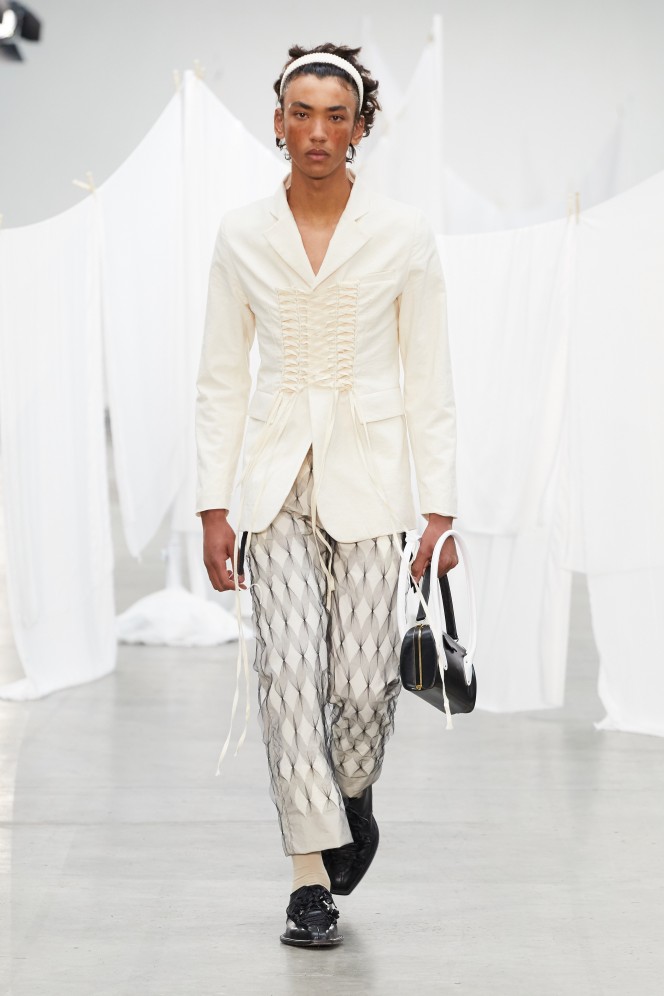 “I’d never been to New York before, and it blew my mind,” said Stefan Cooke of a recent trip to New York. “We walked 80 blocks or something in one day. When you’re there, you really get a sense of everyone being an actor inside a giant movie set.”

Much like actors, Cooke and partner Jake Burt have had to adapt a lot in the past fifteen months – having gone from students to acclaimed designers and businesspeople. This mood charged through the pair’s SS20 show. Set in a seemingly DIY theatre set, Drama Major drew inspiration from NYU students, the Big Apple’s off-Broadway scene and old costume archives. Shirting and jackets were given drama via cross-lace corsetry detailing and couture-like tulle (hand-tied and layered), while their signature sliced knits were paired with jersey separates realised with the trompe-l’oeil technique that has become something of a calling card for Stefan Cooke.

“My favourite piece is the red jacket with the tulle on it. It’s a 1920 technique that we found, where the tulle is all hand-tied. You lay it out as a pattern piece, then you slice it with the rotary cutter and then you hand-tie each one,” explained Cooke. “It’s super time-consuming but really beautiful. And also it references this way of conserving old fabrics, but makes it part of the design, too.” 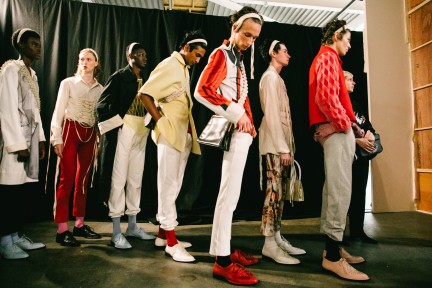