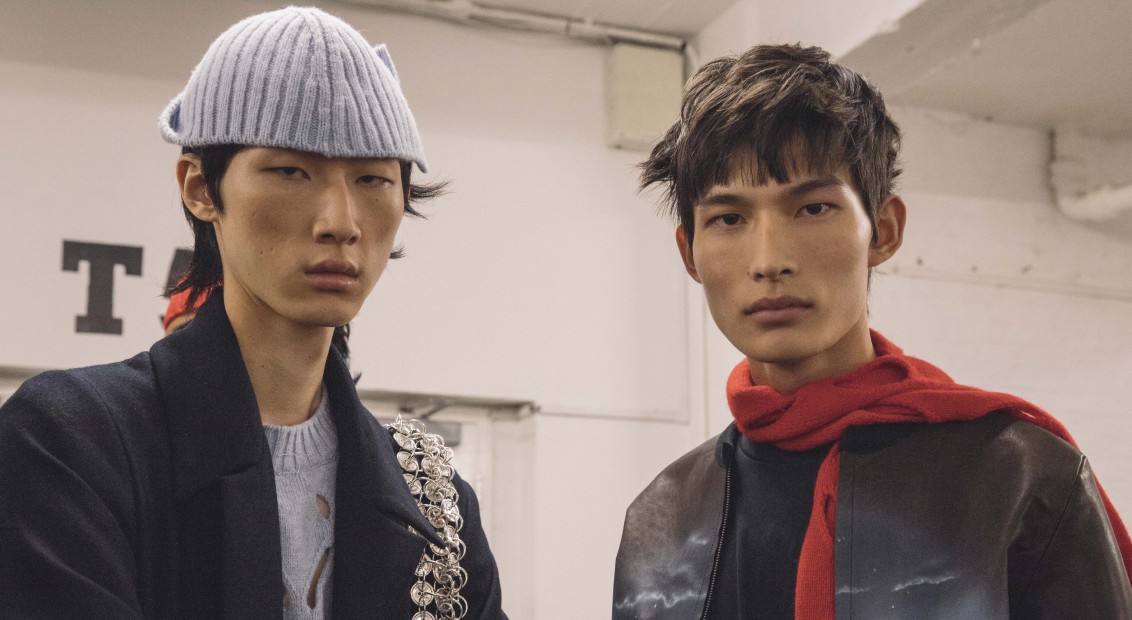 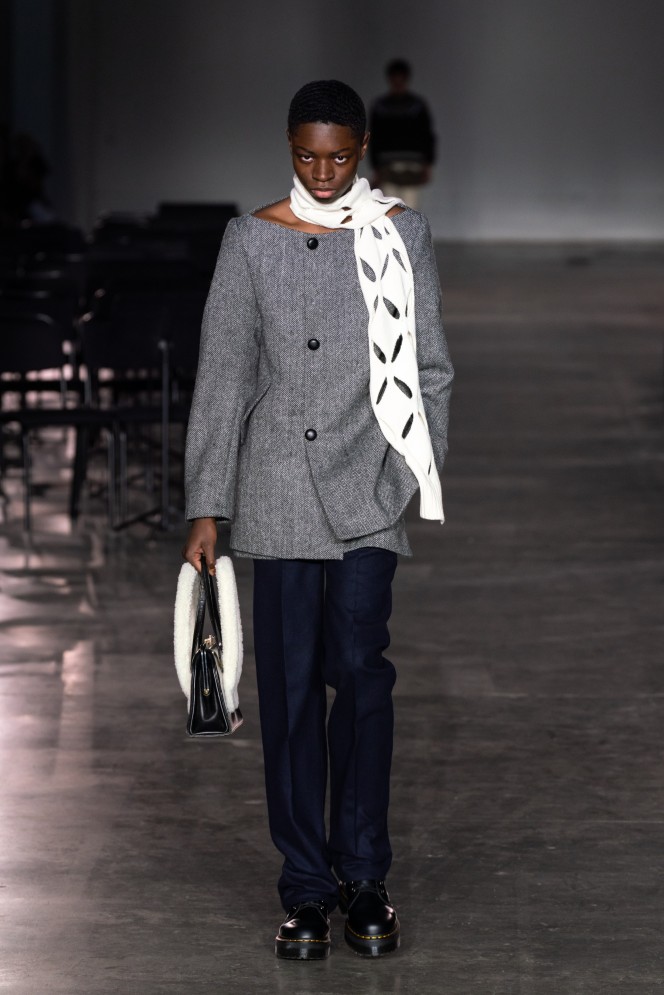 For Stefan Cooke’s FW20 show, set designer Zechariah Miah was tasked with creating a ‘skeleton orchestra’ for the nihilistically-titled, The End. Empty seats lined the space as the sound of violins swelled through the speakers, before being replaced abruptly by rumbling bass. This sudden shift in atmosphere set the tone for what was arguably the brand’s strongest showing to date.

Since making their debut back in 2017, Stefan Cooke and partner Jake Burt have carved out a distinctive aesthetic: slashed knitwear, bag straps fashioned from chain-threaded buttons and trompe l’oeil prints are all part of their design vocabulary, which has rightly earned them industry acclaim. For FW20, the buttons were replaced by silver studs and rivets which glimmered menacingly, forming elaborate patterns on classic, tweed overcoats and super-tight denim jackets (made in collaboration with Lee Jeans).

The collection standouts came in a series of airbrushed leather pieces, created in collaboration with Will Bond. There was something slightly sci-fi about the designs, which marked a clear evolution in the brand’s signature aesthetic. Elsewhere, the diamond-cut knitwear from past collections was reworked for this season, as were the prim, almost twin-set-like jackets slashed into boatneck lines and worn with nothing underneath.

A series of feminine touches softened the collection: knitwear inspired by vintage Icelandic patterns had hems which jutted out into concertina-style pleated peplums; male models wore thrifted handbags reimagined with the brand’s signature straps, and fuzzy-looking shearling handles. Clothes were deliberately short and tight, and trousers came with contrast panelling that gave the impression of hot-pants being worn over traditional suits.

FW20 may only be their fifth collection in total, but already the designers are marking themselves out as shrewd businessmen. Every design is recognisably theirs, imbued with an unmistakeable brand DNA that some labels take decades to truly settle on. 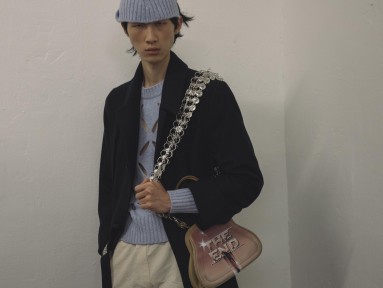