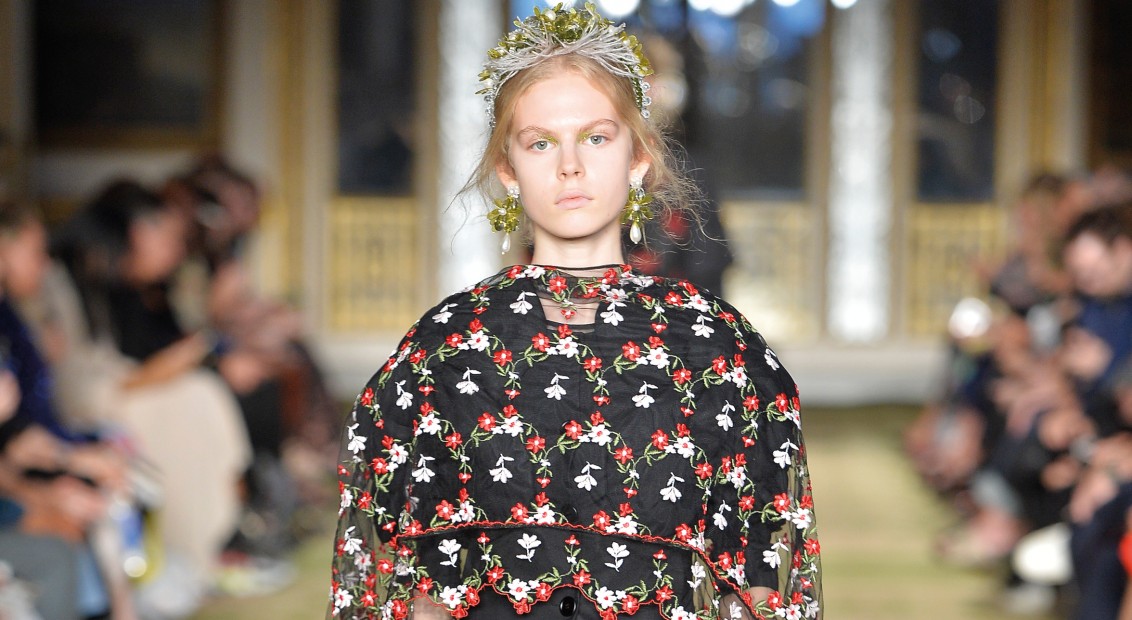 An unashamed celebration of the glory of womanhood, Simone Rochas’ FW19 show confirmed her reputation as the poster child for subverted hyper-feminine dressing. A generation-spanning model cast – featuring Sara Grace Wallerstedt, Adut Akech, Jeny Howorth, Kirsten Owen and Chloë Sevigny –weaved between the Royal Academy’s fine art to a soundtrack that began as a home video before merging into choir song with heavy organs.

Show notes promised “intimacy, privacy, security and femininity” alongside a piece of writing by Louise Bourgeois from 1986 questioning whether explanations of work are owed to anybody, including the creator of the work themselves.

These reference points played out across voluminous tulle-layered dresses with delicately placed 3D flowers – some layered with an injection of colour, print or floral breaking though. Woven fabrics created tassel textures with sequinned embroidery and intricate beading, while underwear became outerwear via bustier stiched into satin ballerina dresses, bra-like shapes pattern-cut into gowns and trenchcoats crafted with organza see-through layers that allowed just a glimpse of flesh – and white bloomers – below. Here was an exploration into female sexuality, passion and the idea of being an object of desire – and totally owning it.