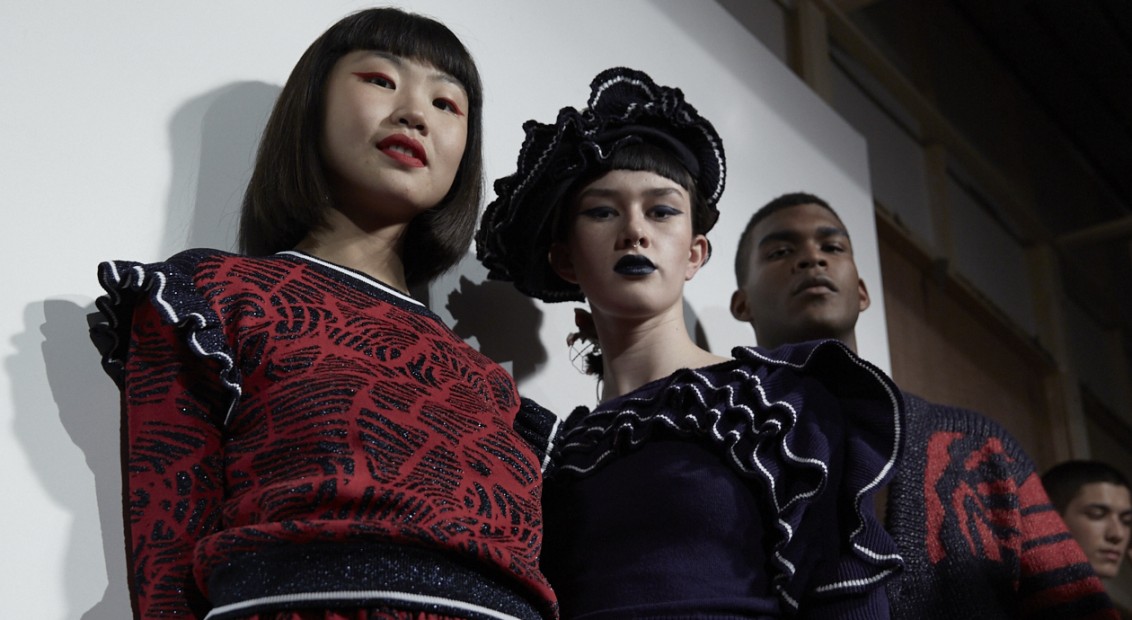 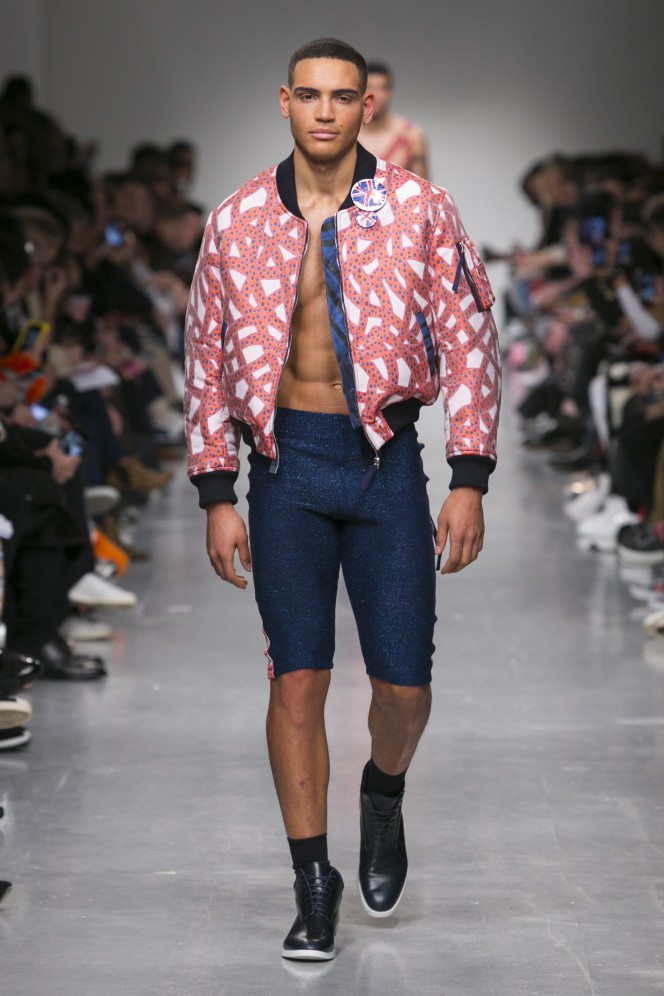 Sibling have never shied away from speaking their mind on subjects they care strongly about. Their SS17 collection debuted just before the Brexit vote last year and featured slogans like ‘In’, telling HERO in an interview their position was “because SIBLING is about inclusivity and we believe that we are European and being part of a bigger ’squad’ makes us stronger.”

For FW17, they returned to the topic with a limited colour palette: the red, white, and blue of the British flag. The collection was playful, worn by both male and female models (this was their second combined menswear and womenswear show), while referencing the brand’s signature animal prints and sequinned knitwear via embellished and frilled twin sets.

Inspiration was close to home: buttoned flat caps paid homage to Pearly Kings and Queens, while ruffled collars cited past royal eras. There was a ruby red dress covered in sequinned zebra stripes, while while red lips, eyeliner and oversized ribbons accompanied the female models. But the designer duo also looked to the influence of the EU, following recent trips to Barcelona the designers returned fascinated by  Antoni Gaudi’s mosaicked Park Güell, cited as a heavy influence on their FW17 prints. All together, this was a celebration of British eccentricity, drawing on foreign influences to prove that identity cannot (and should not) be so easily defined. 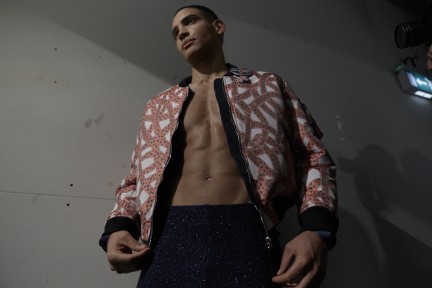