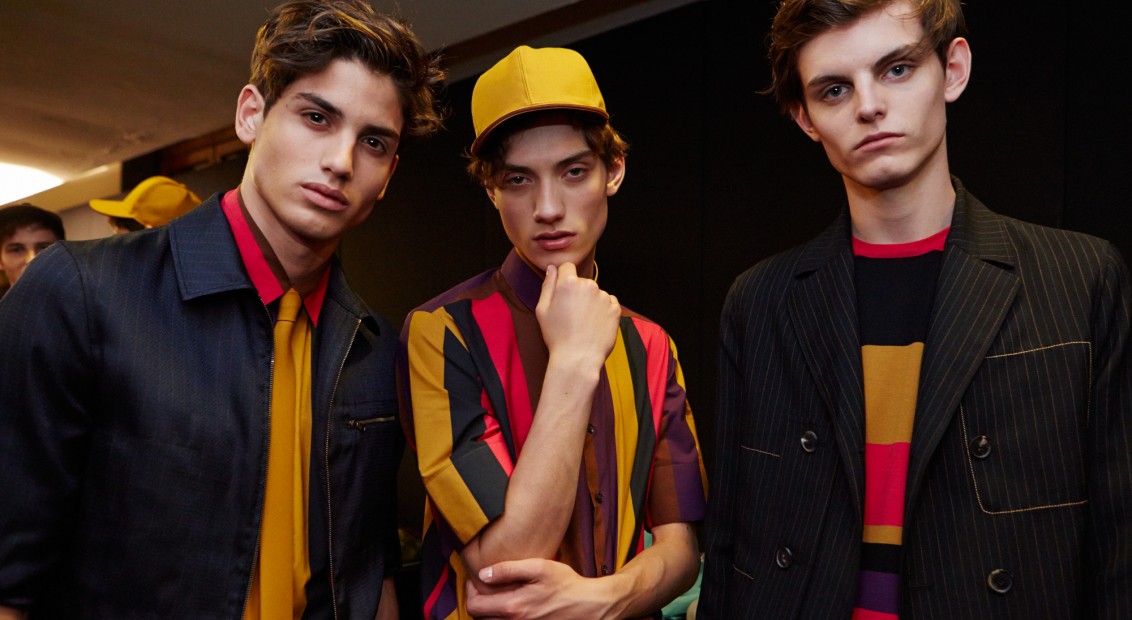 Trousers with a ruthless crease down the centre reflected how knife-sharp the feeling imbued by all the tailoring was. But it was the traditional pin-stripe that really came in to play. A predominant pattern in Giornetti’s arsenal this season, it was strewn across bombers, shirts and double- and single-breasted suit jackets.

The kaleidoscopic colour palette, which supplemented the pin-stripe positively, rendered an artful offering. Some clashed, some complemented: but with striking effect. You had shots of emerald green; slivers of baby blues; chocolate browns; blacks, golden yellows, even fuchsia. Coloured inserts were placed on the edges of centre-fronts, adjacent to black bodices, creating a combination familiar to that of a canvas in a modern art gallery.

What kept it upbeat were the interjections of idiosyncratic motifs: cacti, made with multi-coloured stripes on a jumper; a jumble of numbers and letters spelling the brand’s name; a tee with a ‘V’ printed several times over (a parody of ‘deep V’ tees? If so, thumbs up from us); and ‘Ferragamo’ embroidered on a jumper in clashing hues. It was Giornetti’s tale of opposites, one with an artful source. 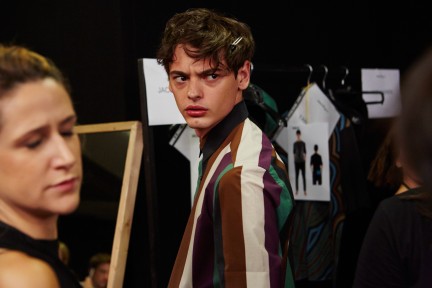