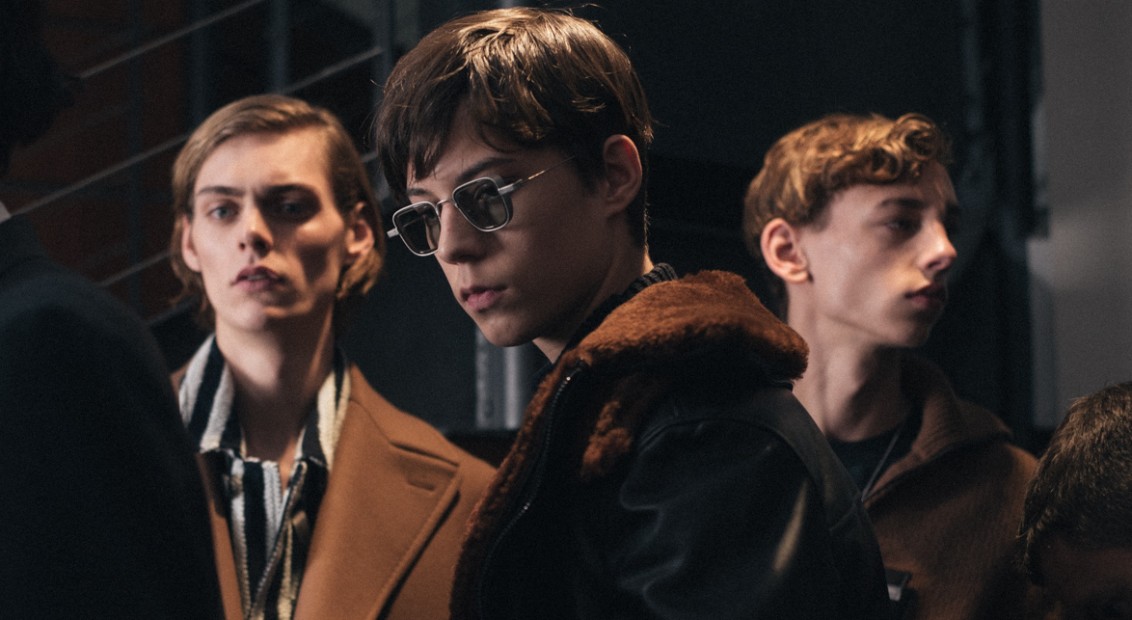 In Milan at the weekend, Guillaume Meilland put out a convincing debut collection for Salvatore Ferragamo.

The Italian luxury house’s new Men’s Design Director has a strong CV, having previously worked in the studios of Lanvin and Saint Laurent. As such, there’s an overwhelming Parisian tangent to Meilland’s approach to design, one he has already putting to work in his new role. What do you get when you pass the couth irreverence of rive-gauche Paris with the storied, tailored excellence of a Florentine house like Ferragamo? Silhouettes both free and tapered, interacting seamlessly, and an unflashy focus on detail and quality.

For inspiration, Meilland looked to the cross-cultural heritage of the Ferragamo brand, which saw its founder introduce Italian craftsmanship to Hollywood a century ago. The designer’s shoes became the go-to of the American rich and famous (he personally designed around 40 pairs for Marilyn Monroe – a big fan), and as such the brand’s own heritage was mixed with the flighty influence of Hollywood style. For FW17, this manifested itself as the idea of new ideas “born out of a global journey”, explained the show notes. Classic American cuts like the flight jacket were cast in unexpected fabrics, while heavy naval woollen outerwear contrasted with suede and check trenches – all coupled with clean-cut aran and cable knits for a combination remniscient of old school luxury. An interplay between wider and more streamlined cuts ran through the collection, conjuring an image of an urban nomad. Accents like cameo brooches, necklaces, and bracelets offset chunky cable-knit gloves, while feet were clad in a round-toed American work boot with a creeper-like stacked sole. With Meilland’s fresh conviction found in every nook, it’s hard not to be excited by this new chapter in Ferragamo’s history. 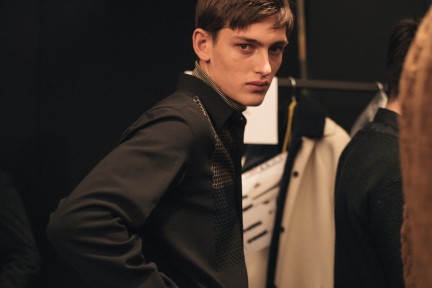