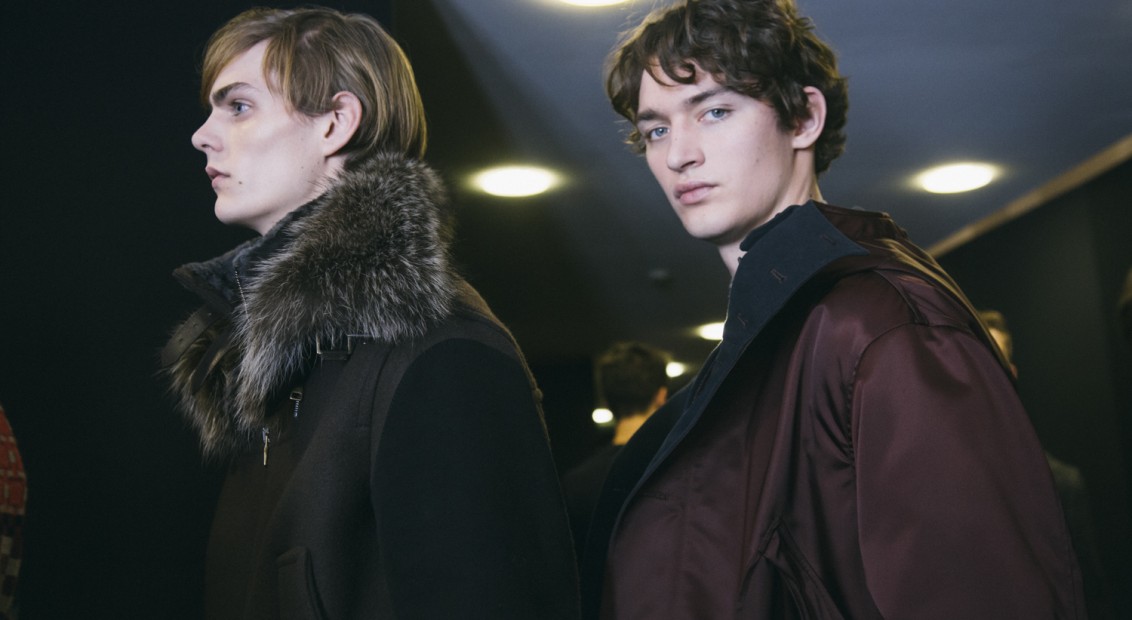 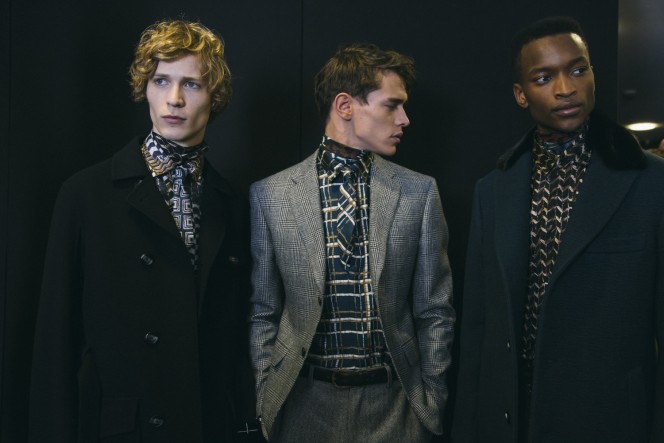 What’s great about Massimiliano Giornetti’s creations is that they’re so uplifted with quirky motifs and prints, like last season where cacti were painted onto jackets and the ‘V’ was thrown onto jumpers surrounded by multicoloured and typographically varied numbers and letters. FW16’s dialect was a little more rooted in the arts.

By the fourth look you had a knitted jumper with an arrow-penetrated-heart motif. From then on it was like Massimiliano Giornetti was influence by Henri Mattise’s famous, geometric compositions: jumpers had multi-pronged stars, linear shapes and strongly blocked colours and patterns (that eventually developed into repeating motifs) reminiscent of details from his decoupages, The Snail and The Flight of Icarus. This was punctuated heavily with bold, blocky silhouettes in the form of three-quarter-length coats, satin bombers, and heavily patterned shirts and ties that pronounced Ferragamo’s lexicon above game.